Becoming a good chef takes more than a love of cooking. There’s the love of feeding people and listening to them, too. Ricky & Pinky’s Archan Chan is one chef who has that love in spades. 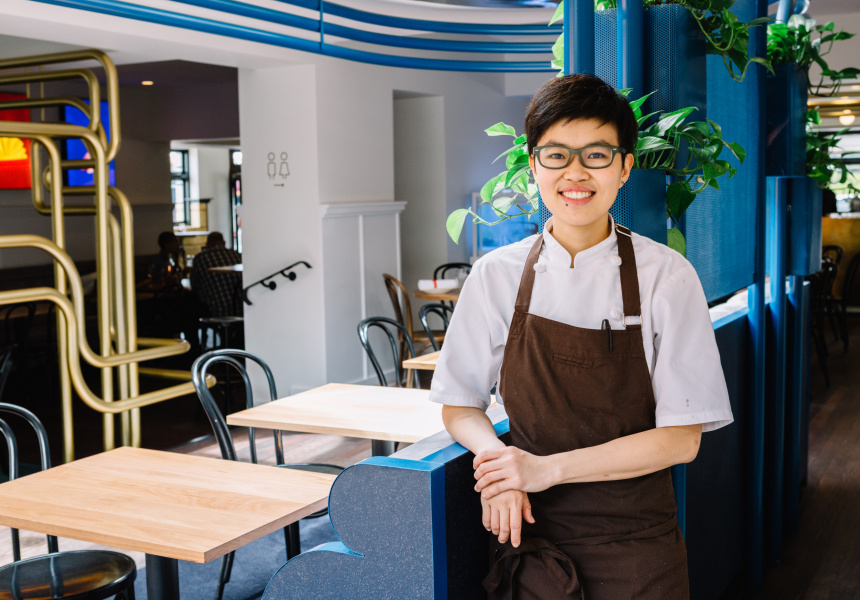 Chef Archan Chan and I are sitting in Chotto cafe at the Victoria Parade end of Smith Street. We’re here to try the Spanish Mackerel sashimi, and to talk about how this 31-year-old became head chef of one of the year’s most anticipated restaurants, Andrew McConnell’s Ricky & Pinky.

Since the Chinese restaurant opened in the Builders Arms Hotel four months ago, Chan has been feeding a full house daily. She’s also been leading and caring for her staff in a blisteringly busy environment. This is her first posting as head chef, and it’s clear it won’t be her last. Her focus is palpable.

“I didn’t know if I wanted to be a chef or social worker,” says Chan of leaving school in her native Hong Kong. “You’re a nurturer,” I say, more comment than question. She laughs. “I care about people. Talking to them, feeding them. That’s what I care about.”

Chan’s Australian career started with McConnell at Cutler & Co. back in 2008. She worked at a Marriott Hotel in Hong Kong and studied at catering college, where one of her professors suggested she try Australia.

Feeling her choices were limited in Hong Kong, Chan read about Melbourne and sent a stack of letters to restaurants of the time. “Andrew had Restaurant 312 then (in Carlton, where Town Mouse now sits),” she remembers. She contacted Attica, Verge (which is now Kappo) and Hihou) and Grossi Florentino. Chan’s letters landed her a stage at Attica and Grossi, and part-time work at Verge.

“Andrew got back to me a month or so after I sent the letter, as he was opening Cutler & Co.,” she says. One day the phone rang, “And it was Andrew! The feeling of picking up the phone to talk to him, my world was completely shaking!”

The two chefs met in the front bar of Cutler & Co., a meeting that ended with McConnell hiring Chan to do the bar food. “It all started from there,” she says.

Beyond the boss, chef John Paul (JP) Twomey – at the time the executive chef of Cutler and now McConnell Group development chef – has been a huge influence on how Chan works.

“JP was, and is, my mentor,” she says. “He spends a lot of time at Ricky & Pinky. He’s a great teacher. He’ll jump into the section and obviously tell you off if things aren’t up to standard, but if he sees you’re a hard worker, he’ll really go out of his way to teach and to help.”

After two years at Cutler, Chan moved on to Golden Fields (now closed) and then Supernormal. After six months at the Flinders Lane restaurant, Chan realised she’d been with the McConnell group for five and a half years and needed to stretch her skills. “I had a wedding to go to in Hong Kong, my friends are very important to me and I wanted to travel,” she says simply. So she left Melbourne.

Life led her back to Australia, but this time in Sydney at the Moon Park kitchen in Redfern. It is owned and operated by Ben Sears and Eun Hee An, and Sears had been Chan’s head chef years before at Cutler & Co. “I wanted part-time work, but Sydney is expensive!” she says laughing. “So it was full-time work and also, I loved getting to know Sydney.”

Two years passed and one day Chan answered the phone to again find Andrew McConnell on the other end of the line. “He told me he was planning another venue. I said, ‘You’re opening a restaurant again? Are you crazy?’” Chan flew to Melbourne to hear about the plan. “I felt like it was a good opportunity to take on, and felt it was time to take on a role with such responsibility,” she says. “You have to feel ready for something like this, and I felt I’d prepared well.”

Chan returned to Melbourne and picked up the head chef’s baton, something she takes very seriously. She describes her kitchen as calm. “I’m tough but positive. I like to listen to everyone. If an apprentice has a suggestion, I’m open to it. To be caring and honest is important.” On being the taskmaster, Chan says while sometimes she might want to get angry, “You can’t. You have to get the job done and lead everyone to do the best job they can.”

Her 17-strong brigade is a “good mix of men and women”. She adds that in her industry, frustrations lie in the global problem of finding good staff. “Young cooks don’t seem to want to work hard. Finding staff who really understand the hard work required in a restaurant can be difficult.”

Ricky & Pinky opened in late August and so far Chan is managing it well. She’s in it for the long haul and thrives on the pressure, speaking of plans to eventually start pickling and fermenting produce in-house. She’s even dreaming about a kitchen garden. “There’s a rooftop …” she says, smiling.

Despite relishing her current role, Chan says her long-term goal is to return to Hong Kong and teach cooking and agriculture. “I’ve been lucky to find what I like to do that’s also my passion. Fresh produce and good food, to be able to teach people at home about seasonality and share the idea that we should be more aware of urban farming methods. I really want to go back and give the industry there a hand.”

Our sashimi is finished and it’s time to go. I ask Chan what excites her about cooking and the nurturer returns. “Everything, to be honest. I go home or have a night off, I cook. I hear some chefs don’t, but I just love it. To have a good meal is important, but making people happy through food is amazing.” 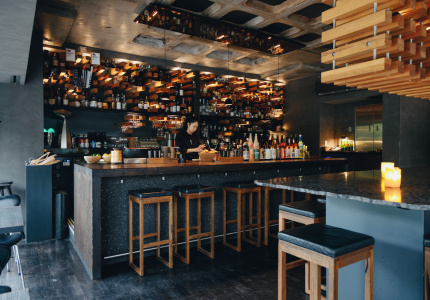