From working in tearooms in Devon as a schoolboy, to rising through the ranks at Vue de Monde, the chef is now cooking (and growing up) at Albert Park’s The Point. 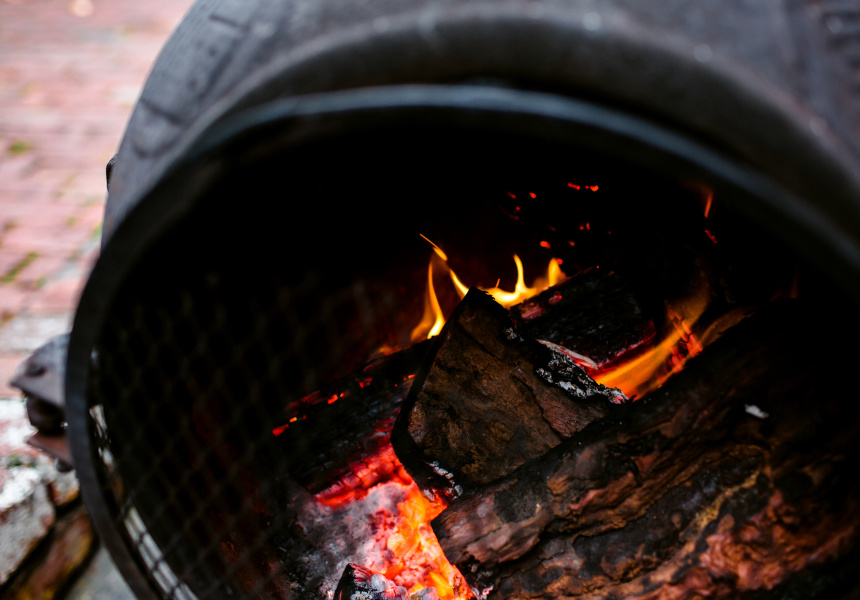 When I asked chef Andy Harmer where he’d like to meet, I thought he’d suggest a wine bar or fancy microbrewery.

Instead we’re sitting in Fitzroy’s Commercial Club Hotel, an old-school pub that’s one of the most unpretentious drinking holes in the upwardly mobile inner north.

“It’s where I first lived when I moved to Melbourne,” says the former group executive chef of Vue de Monde and current executive chef at Albert Park’s The Point. “I love it here and [I] love Fitzroy.”

There’s a laddish quality about Andy Harmer. I don’t know if it’s his Devon accent (he started his career cooking in the Lustleigh Tearooms on his school holidays), or the large laugh that bursts out of him at intervals. He sees joy in most things – not a common trait in a chef. They’re often a serious and exhausted bunch.

After moving to Australia 12 years ago he’s made a big impact on the Melbourne dining scene.

Harmer trained and cooked in the Channel Islands in the UK and in Reims, a city in France’s Champagne region. Before he arrived in Melbourne he’d been travelling with a mate around Australia.

“My mate had to go back to the UK but I decided to stay, I loved it here. I was living in a hostel in the city,” he says. “The manager of the hostel knew the owner here [at The Commercial Club] and they needed a chef.”

So he cooked counter meals in Fitzroy and was invited to move into a spare room above the pub. After a few months Harmer started working on getting a sponsorship at a restaurant. “That was the only way I could stay in the country,” he says.

“I read a review of Vue de Monde, went to the restaurant, put my resume in and later that day I was offered a job,” he says, “Just as it opened in Normanby Chambers around 2005.”

Harmer started as a chef de partie. He became sous chef, then head chef of the fine-dining restaurant for a couple of years, until he progressed to executive chef of the group and oversaw the openings of all owner Shannon Bennett’s other cafes and bistros. It was a big role and one he relished. But after seven years with one group, he wanted something else.

He thought about buying a pub in Carlton.

“A gastro pub was appealing,” he says. But then he was unexpectedly offered a role. He jumped at it. A new dining room was opening on Flinders Lane in the city. Called Virginia Plain, it was touted as a trailblazing venue with bespoke artwork and furniture, and a place Harmer could ply his trade and put his own food out to an audience in the CBD.

Virginia Plain operated for about eight months but never found traction. Harmer found it hard to accept after such success at Vue.

“They had anticipated 300 covers a day,” he says. “But it never started like that and never found its feet.”

He says the size of the venue – now a Fonda Mexican – was a contributing factor. “If it had been a third of the size it could have been different,” he says. “But seeing the hard work that went into it made me want to work there.”

He threw himself into the mix, working six days a week, double shifts. “It wasn’t making money. You try and try, and start to throw everything at it to make it work.”

The venue was rebranded as Mercy Bar by the owners after Virginia Plain fizzled. “It actually worked better as Mercy,” he says. “It was made cosier and felt better, but it was too late.

He says he learned a lot about what not to do when running a restaurant.

“I learned not to necessarily jump into the first thing without doing research. We made an assumption that because it was on Flinders Lane, it would work. It’s just not the case.”

“I got a lot of my friends in to help [at Mercy]: suppliers, people that didn’t get their money back. I lost some friendships.”

Harmer strikes me as someone who could mend bridges; it’s that positive energy of his.

“It’s a brutal part of the industry, it all went pear-shaped, the reasons the friendships burned was financial, it’s nearly always financial,” he says.

After Mercy was no more, Harmer says he “went out and drank a lot. We had a lot of beers.”

He spent time helping out some of his chef mates, such as Scott Pickett while he was opening Saint Crispin.

It was a phone call from former manager at The Point Bryan Lloyd in 2013 to come and help in the kitchen that got him to Albert Park.

“I had no intention of staying,” he says.

The venue changed hands in January 2014 and with staff moving on he was offered the job as executive chef.

“I said no, it wasn’t why I came there, I was there to help,” he says, laughing. But the new owners persisted and Harmer considered the many good chefs who cooked there over the years – Ian Curley, Scott Pickett, Justin Wise. He gave in.

“It’s taken a while to get to where we are now, but I really like it.”

He says his food is evolving. “In the last year and a half I feel like there’s a coming of age with my food. It’s a very strange feeling.

“Things in my personal life are definitely influencing it.”

He and his wife Bec are expecting their first baby in September and a family crisis also put the chef on a clearer path. “On my birthday last year my father-in-law had a stroke. We had to make some big decisions. Surgery would lead to probable brain damage or death. It was a very traumatic time and luckily the bleeding on his brain stopped so they didn’t have to operate, but he has lost the use of the left side of his body.”

Harmer was catapulted into adulthood. “Looking after the family, it matured me and my approach to my work and my food,” he says, “It articulated my food. My food was sloppy before.”

I had to ask: “Even after seven years at Vue de Monde, you thought your food was sloppy?”

He laughs. “It didn’t flow like it does now. Everything should have a purpose on the plate and it does now.”

A healthier lifestyle has become a priority, too. “When I lived here [at the Commercial], there was lots of partying. I did [that] for a long time. With Bec’s dad getting ill, I stopped boozing, I swim every morning, and I think that has also helped with how I feel inside about how I want to approach food. I have a new energy.”

There’s that energy again. Harmer has found a place to stay, cook and evolve. What’s in store in 10 years’ time?

“I’d love to be at The Point, I’m more than happy and really want to achieve great stuff there.” 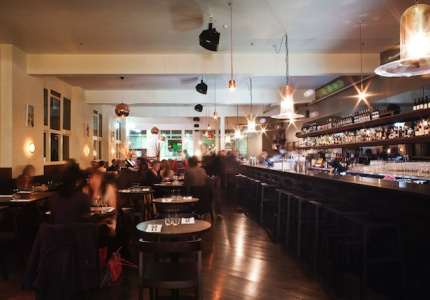