After Five Years, French Saloon – As We Knew It – Has Closed

“Believe me, it was a hard decision as I obviously loved [it], but the pandemic has given us all a lot to adjust to,” says co-owner Ian Curley of his French-inspired bar and bistro. But it lives on in a slightly different form. 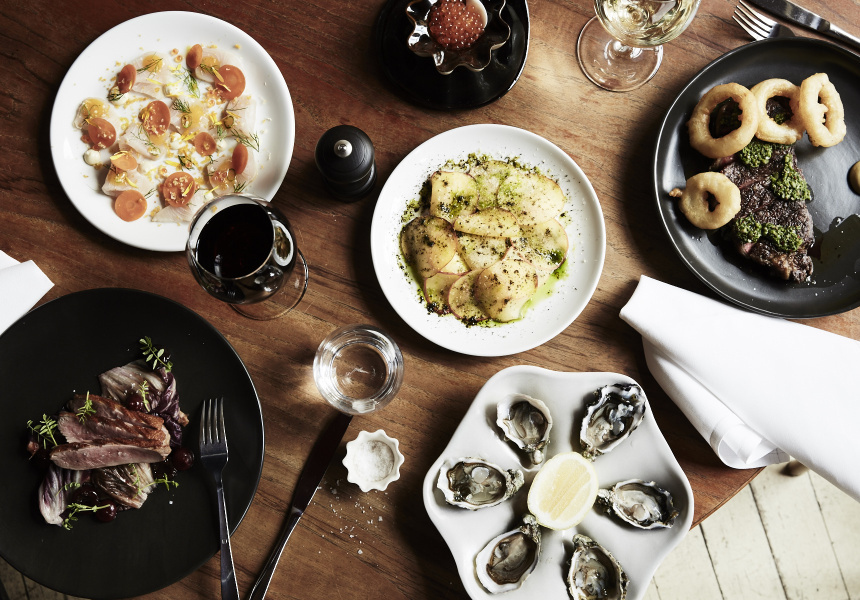 French Saloon, Ian Curley’s French-style saloon-slash-bistro, opened on Hardware Lane in the CBD five years ago. But, in the wake of 2020, the French Saloon we knew and loved is no longer.

Curley, the lauded British-born Melbourne-based chef and hospitality consultant – and former European Group executive chef – has made the call to stop operating as a bar and restaurant open to the general public.

“Believe me, it was a hard decision as I obviously loved [it], but the pandemic has given us all a lot to adjust to,” he tells Broadsheet.

Instead, the venue – above the diminutive corner wine bar Kirk’s, which Curley also co-owns – is now a dedicated events space, still replete with its stripped-back white floors, bright-red ceiling and a bar that was imported from just outside of Paris.

Curley attributes the change of tack to two things: loss of valuable staff members during the first lockdown, and the sharp decline in Melburnians dining in the city.

“Until all restrictions are lifted, and we have [a] normal amount of people back into the Melbourne CBD, we just would not see enough people through the doors,” he says. “And with rents and costs what they are we have decided to utilise the space for events.”

Curley says the shift to events-only will keep most of the French Saloon’s staff in a job. And he’s open to re-evaluating the situation.

“Obviously when everything comes back to normal, and your guess is as good as mine when that [will be], we can relook at the concept. But for the next 12 months I see French Saloon only doing these types of events and gatherings.”