After a Drug Bust and Falling Into Disrepair, the Railway Hotel Will Reopen Under New Management Next Year

The three-storey, 140-year-old pub is getting a new beer garden and a partial restoration. After a two-year closure, the Railway Hotel in Brunswick will soon reopen under new owners the Riverland Group (The Boatbuilders Yard, Riverland, Pilgrim, the General Assembly, Bang Bang at the Rifle Club, Wye General). But in the time it’s been closed the venue has gone into disrepair.

“We got it not long after it had closed. Since then everyone’s been in there having a look around. Lots of floorboards have been cut up, the lighting board’s been removed … so now it’s the process of putting it back together again,” says Riverland Group co-owner Richie Ludbrook.

“All the copper had gone, as well as any bit of steel, and there was a lot of graffiti. Unfortunately, because it had been closed for so long while we were trying to get the permits, it had been home to a few people moving through the place. And then a lot of people were stripping what they could out of it,” says Ludbrook. “Also, I think because of its history, people might have thought a few things had been hidden here or there.”

As reported by the Herald Sun, the pub gained a level of notoriety in 2016 when two managers were charged with a range of drug offences following a Victoria Police operation.

Sitting next to the Upfield rail line on Albert St, Brunswick, the pub is heritage-listed (dating back to 1889) and has a 965-person capacity 3am licence. The ground floor has been gutted and an adjoining house demolished to make way for a new beer garden, courtyard bar and kitchen. There will be two outdoor areas, a kids’ playground, two indoor bars and indoor dining room.

“We’ve been trying to take it back to what it was. We’ve managed to find a few old ceilings and wall treatments, things like that,” says Ludbrook. “Whatever layers we find of its 140-year history we’re trying to leave. Whether they were put there in the ’50s, the ’60s or the ‘30s, the little glimpses of time throughout the whole building will hopefully tell the story of its history.”

The upper levels of the building are likely to include function rooms as well as spaces for small businesses and artist studios.

“We really want it to become a community hub – make it one of those places that’s involved in lots of angles rather than being solely a pub,” says Ludbrook.

Riverland Group is implementing some waste-minimisation initiatives, too. There will be a solar-powered compost unit on site turning organic waste into compost pellets that can then be given back to the community. The compost system is solar powered, and eWater is installing a system that creates ionised water to clean kitchen equipment, eliminating the need for chemicals. They’ll also be seeking out suppliers that use minimal packaging.

“It’s where we all have to get to, really, to make it better.” 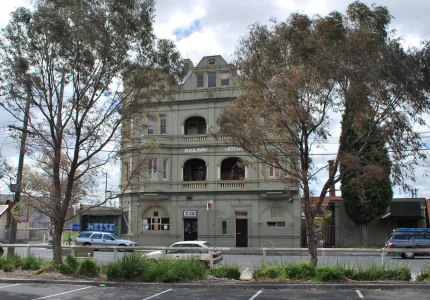 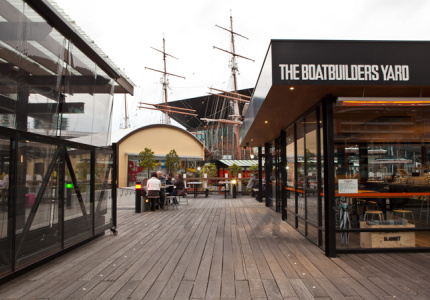 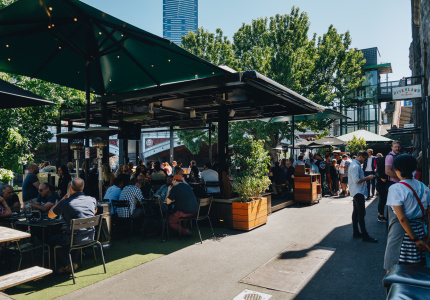