The new owners have put their own spin on the Barkly Street icon, but are working to restore some of its former glory (such as the old lolly cabinet). It’s doing meatball subs, thickshakes and vegan cakes, and there are plans for a cocktail and oyster bar upstairs. “Few realise Jerry’s was originally an oyster bar.” 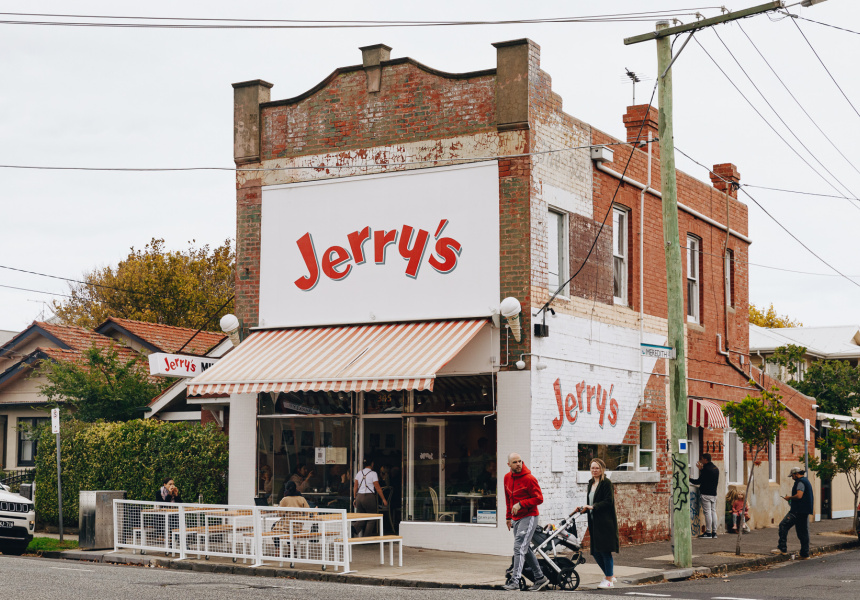 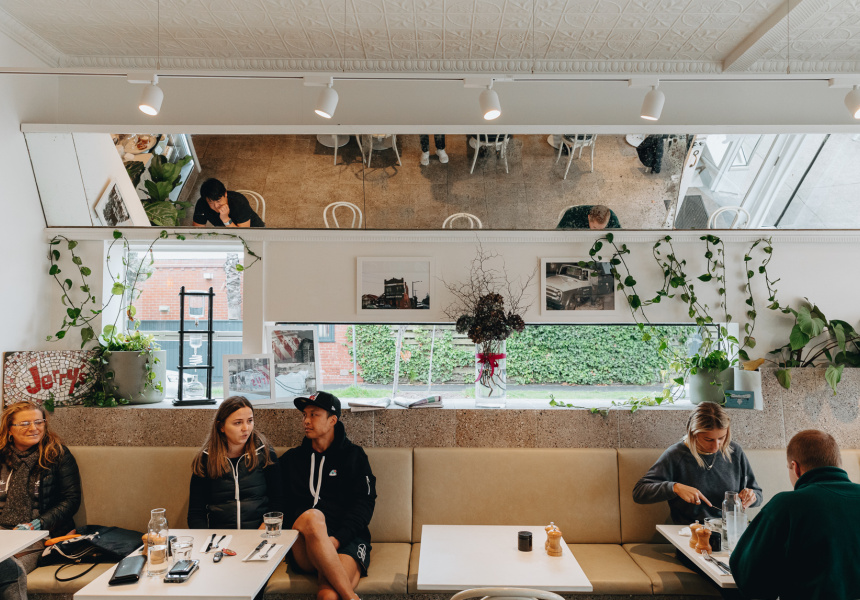 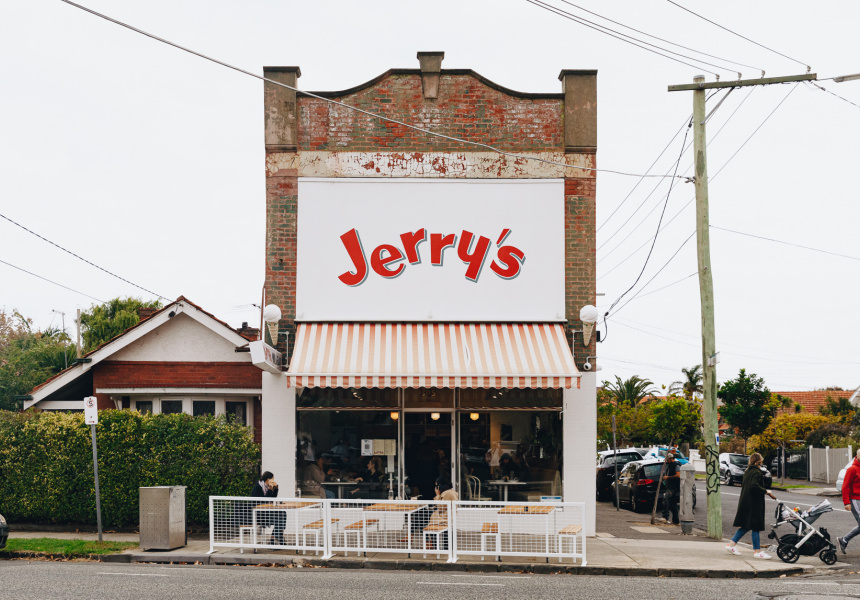 Despite the undeniable nostalgic charm of old-school milk bars, their numbers in metropolitan Melbourne are dwindling. Among them is Elwood institution Jerry’s, which has had a loyal following for a number of decades.

Its legacy didn’t save it from decline, though. Jerry’s shuttered during last year’s lockdown, leaving regulars fearful it was the end of an era for the Barkly Street spot. Luckily for them, though, Jordy Catalano, Oliver Gualano and Nick Forge have taken over the space – and are dead set on restoring it to its former glory.

“There’s a lot of history here,” says Forge, who also owns Kupid Espresso in Kew with Gualano. “We still have the old lolly cabinet out the back; we’ll restore that eventually.”

Before the team got the keys, Jerry’s had been completely gutted and all relics placed in storage.

“It was just a red floor,” says Forge. “The old-school mirrors and some Jerry’s pendants were about the only things that survived.” That would’ve been a real kick in the guts if Forge and the team wanted to replicate the Jerry’s that once was. But that’s not the case. “It’s been good to work with an empty canvas and do our own spin on it.”

That means doing away with the bright reds and yellows of its former life for a sleek white fit-out with terrazzo tiles and touches of colour. Instead of vinyl chairs there are comfy leather banquettes. The speakers pump house tunes rather than jukebox hits.

“We had a vision for a punchy cafe with a laid-back family vibe,” says Gualano. Catalano, who’s the also the managing director of Rae’s on Wategos in Byron Bay, adds: “It’s a neighbourhood cafe – it has to cater to everyone.”

Coffee comes from Inglewood Coffee Roasters, which also supplies Kupid Espresso. Cakes are from Proud Mary and Mosaic Patisserie, while dairy-free muffins and vegan banana bread are made in-house.

The menu, which will rotate regularly, has all the cafe classics: baked eggs, ricotta pancakes, an acai bowl. “The peperoli (roasted capsicum) and mushroom bruschettas are two of our specialty dishes,” says Gualano. “They’re based on a very traditional southern-Italian recipe that you’re not going to find many other places.”

Currently, there are three types of tacos and panini inspired by the owners’ Italian heritage. The meatball sub and cotoletta are classically Italian, and there’s also a slow-cooked pulled-pork number with slaw. For vegetarians, there’s the Mediterranean, a roasted-veggie-packed panino that can be made dairy-free with vegan feta.

But despite all the changes, the team hasn’t forgotten all that Jerry’s heritage. “We still do [thickshakes],” says Gualano. “There are a few little references to the old milk bar.”

The back courtyard has been renovated to include more seating and a kid’s play area. And down the track there are plans to open up the building’s upper level as a cocktail and raw bar – another reference to the Jerry’s of yesteryear.

“Few realise Jerry’s was originally an oyster bar,” says Forge. “The oyster van is in storage; I’ve been thinking about pulling it out and sticking it out the back.” 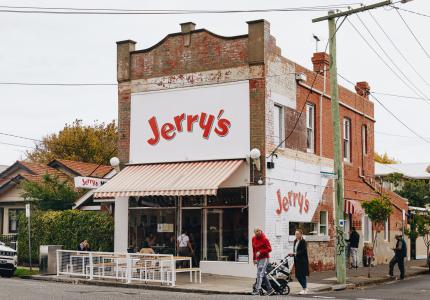