A new restaurant by the former owner and chef of Northern Light. 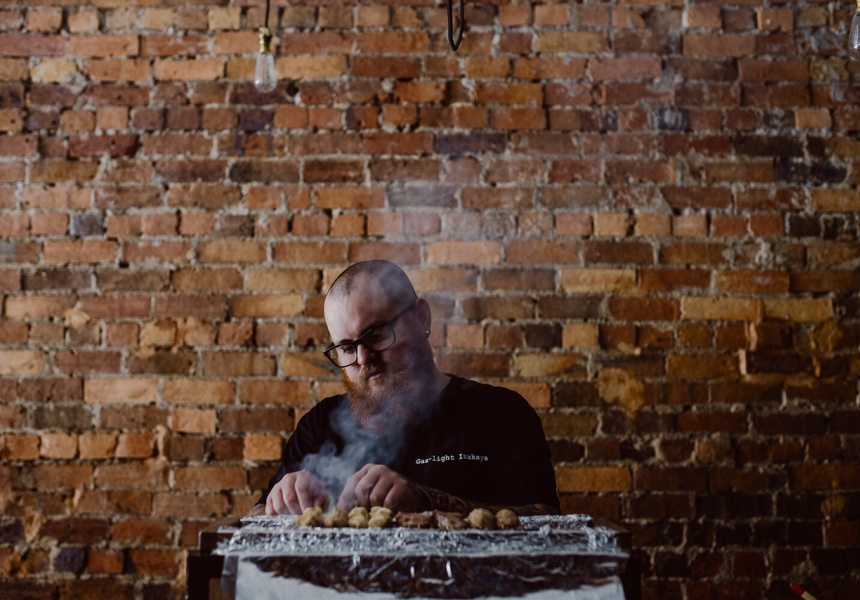 The name Honcho is derived from the Japanese hancho, and is written and pronounced similarly in Korean and Chinese. It means “leader of the pack”, and is a “really good fit” says Adam Liston.

“There aren’t that many places in Melbourne that fuse Japanese, Korean and Chinese cuisines together. It also has that cross-cultural meaning, and it’s playful and not too serious. It really reflects what we’re doing.”

A custom-built charcoal grill will be the hero of Honcho, Liston’s 60-seat Japanese-Chinese-Korean restaurant, when it opens in the CBD in September.

It’ll be used to grill, spit-roast and smoke yakitori skewers, suckling pigs, poultry and vegetables. There will also be a raw bar, which diners can sit at to eat sashimi and other raw dishes.

The drinks list will include imported Japanese beers, sake, shochu and wine.

While Honcho is being built, Liston will run a temporary winter noodle bar, Honcho Noodle, out of Wallis & Ed at the Hotel Windsor.

Starting in June, it will offer around seven noodle dishes, and another seven or so “not-noodle” dishes. Menu items will include Honcho’s take on ramen; Chinese-inspired duck-bone broth with charcoal-grilled duck shavings; and a Northern Light signature – crab udon with smoked dashi butter.

There is room under the Honcho brand for other themed pop-ups further down the track, too – think yakitori, tonkatsu or sando.

Liston closed Northern Light at the end of February, saying in a previous interview he'd "outgrown the space on Smith Street" and would be focussing his energies on the new CBD venture.

Slated to open in September, Honcho is expected to open for lunch and dinner Monday through to Saturday.

Honcho Noodle will run from June until September, and open for dinner from Monday through to Saturday only.