8bit’s New Sister in the CBD

Level up! Footscray's most popular burger shop is expanding. UPDATE: 8bit CBD has confirmed it will open on Friday December 11 at 11am.

Footscray’s 8bit has unlocked another world, this time in an old convenience store on the corner of Swanston and Little Bourke Streets.

It’s sticking to the ‘80s-diner-meets-video-game-arcade concept and will carry the menu over from Footscray. (If it ain’t broke…) Expect the same fail-safe selection of hot dogs and burgers on brioche buns. There will also be a celebratory opening burger that will be introduced across both venues, although owner Shayne McCallum is yet to decide on the specifics.

On account of the limited seating capacity of the new venture, the focus will be more on the takeaway aspect. “The space will have a seated capacity of 20, but we expect the flow to be far greater than at Footscray,” McCallum explains. “People will order at the front and just keep going – they’ll play games while they wait and then exit through the back.”

The decor will mirror the primary colour palate of the Footscray venue, though this time McCallum is moving towards darker hues.

Despite his love for the west, McCallum decided a sophomore opening in this coveted CBD spot was too good an opportunity to miss. “We’re hoping it’ll pull in a larger demographic, from both the tourist crowd and the late-night scene,” he says. The space will be open from 11am until late, seven days a week, and sits only a stone’s throw from nightlife hotspots Cookie, Lounge and Section 8.

McCallum has also announced his plans to launch Up In Smoke, an American-style barbecue restaurant and beer garden. The new venue is a partnership with Alan Sam, previous owner of Captain Melville, and is scheduled to open in early 2016 at 28 Hopkins Street, Footscray.

8bit CBD will open on Friday December 11 at 231 Swanston Street, Melbourne. It will be open daily 11am until late. 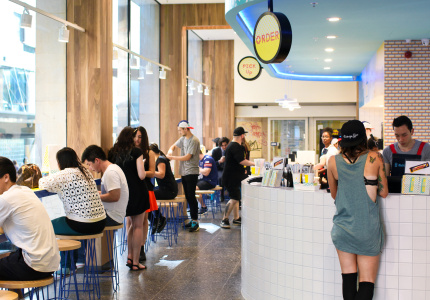 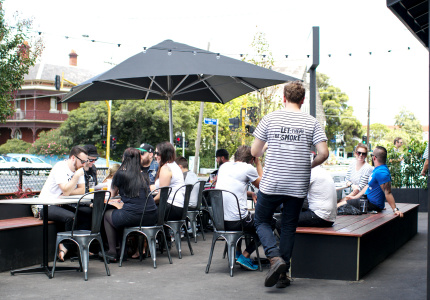 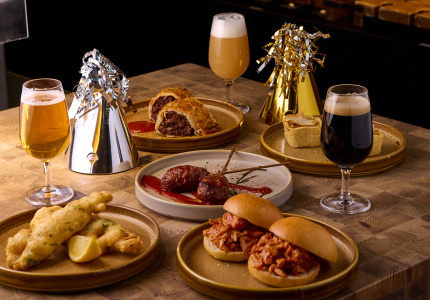