New head chef and pitmaster Kyle Downward (ex-Le Bon Ton) wants you to have a religious experience at the recently renovated Cheltenham brewpub. You could say it’s a holy smokehouse. 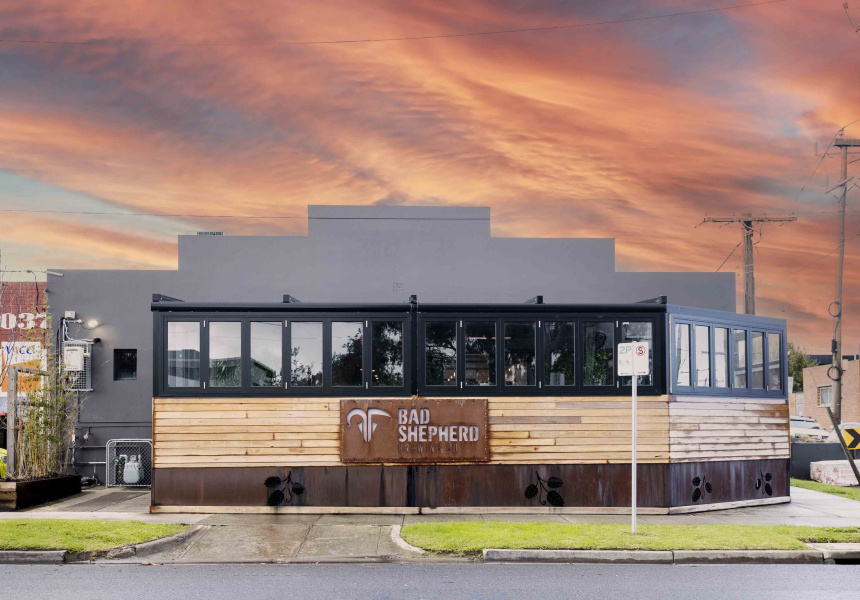 “Barbeque is my religion. Welcome to church.”

Husband-and-wife team Dereck and Diti Hales opened the Reserve Road brewpub in 2015 as a slick, spacious home for their beer label. And while barbeque has always been part of the formula, bringing Downward on board means the menu has shot upward.

“He’s a purist – he lets the meat shine,” Dereck says of Downward, who’s often in from 5am smoking meats and making all the sauces, rubs and sides from scratch.

Sides include house-made pickles, creamy (but vegan) macaroni salad, zingy charred corn, and fluffy, flaky buttermilk biscuits to mop up all the saucy goodness. And there are handheld options such as brisket burgers and pulled pork or popcorn-cauli sangas.

Plus, there are 50-cent wings on Wednesdays – with half a dozen different sauces and rubs – so you can test your stamina and sip your way through the 17 beers on tap.