The chalked-up menu might change a lot, but the bang-for-your-buck is a constant at this buzzy, warmly lit diner. It’s no surprise securing a seat can be a bit of a challenge. 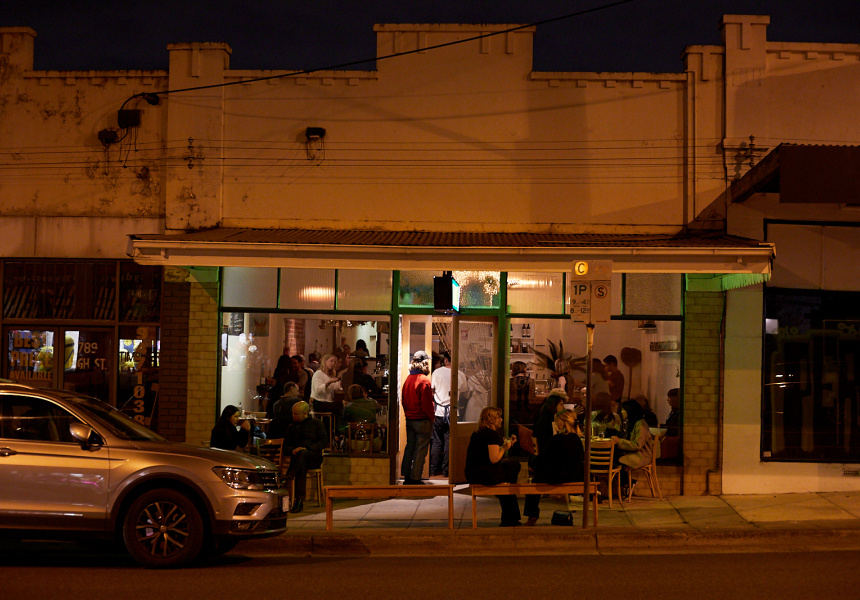 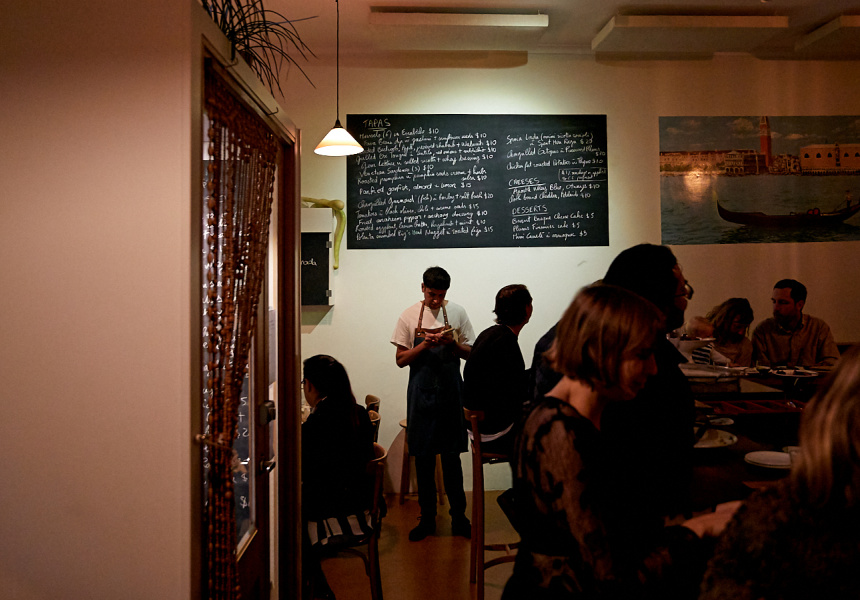 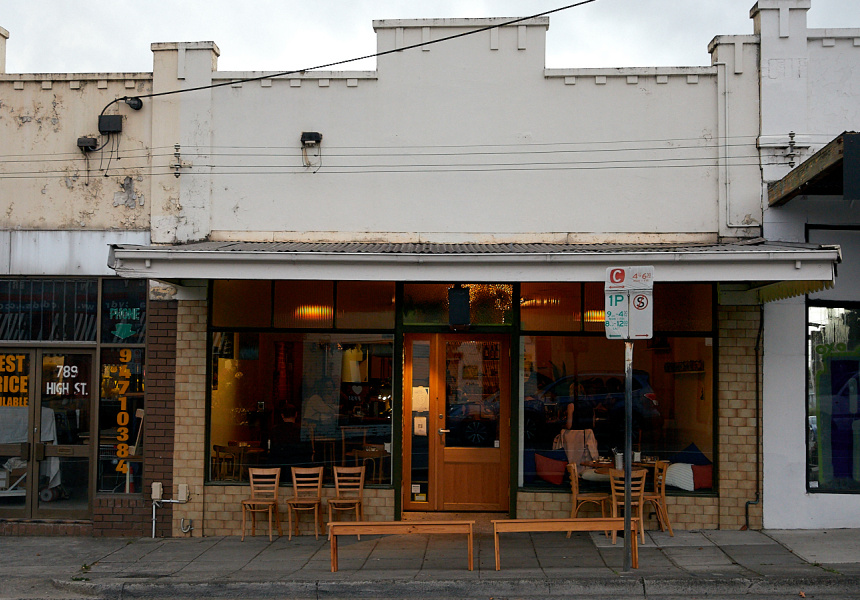 Securing a seat at Reservoir’s recently opened Spanish-style bar and eatery, La Pinta, can be a bit of a challenge. Even on a weeknight. It might have something to do with the fact that no dish on the chalked-up, tapas-style menu costs more than $20 – and there’s wine, beer and vermouth on tap, starting at just $5.

It’s run by Adam Racina (who lives 80 metres away), and Catherine Chauchat (who’s from Bordeaux and has Spanish heritage, which inspired the menu and vibe).

The buzzy, warmly lit space has a bar in the centre, which leads to an open kitchen out back. “The open kitchen looks cool but it’s also very practical,” says Racina. “I can make food and run it easily; it lets us operate with less staff.” This is one way he and Chauchat manage to keep the prices low and service quick.

Using less popular or lesser-known ingredients is another. “I sort of use what others won’t buy at the farmer’s market,” says Racina. “Because of the blackboard, the menu changes a lot, but 90 per cent of meat and vegetables are direct from local producers.” That includes Lakey Farm mutton from Sunbury, which might appear in the form of a chop or lamb-heart skewer (Racina says they’ve been very well received so far).

The menu isn’t strictly Spanish, but it leans heavily that way while incorporating other European influences. Regular items include anchovies, house-made pickled vegetables, spoja lorda (ravioli-like cheese-stuffed pillows of pasta), and a tortilla de patatas (Spanish-style omelette with potatoes) served by the slice from a glass display case.

There’s also a mixed salumi plate, which Racina hopes will soon be made entirely in-house. “We’re gonna get a coolroom … which will let us do whole animals and make some salami,” he says. Mike’s Mussels from Portarlington are also on regular rotation, served in a bright and zesty escabeche perfect for mopping up with some house-baked bread.

On the dessert menu, everything is $5 or under: Basque burnt cheesecake, canelés (which hail from Chauchat’s home region) and plum financier (French almond cake).

Meanwhile, booze is between $5 and $15. On the lower end, there’s Yarra Valley cab sav, Boatrocker pilsner and Maidenii vermouth on tap. On the higher end are a few classic cocktails (including $15 Martinis and Negronis), plus the Spanish Tinto de Verano. “It’s usually made with red wine and lemon squash,” says Racina. “Ours uses a lemon syrup that we make and sparkling water. It’s like a real fresh sangria without the fruit.”

To keep things quick and casual, La Pinta only takes bookings for groups of five or more, for a $40-a-head set share menu. Larger parties are seated in the rear dining area, where there are paintings left over from the Italian espresso bar and billiard room that came before.