4me Gluten Free, a Tiny Bakery in Elsternwick, Churns Out a Colourful Array of Coeliac-Friendly Cakes and Treats – Plus Bagels, Babka and Challah 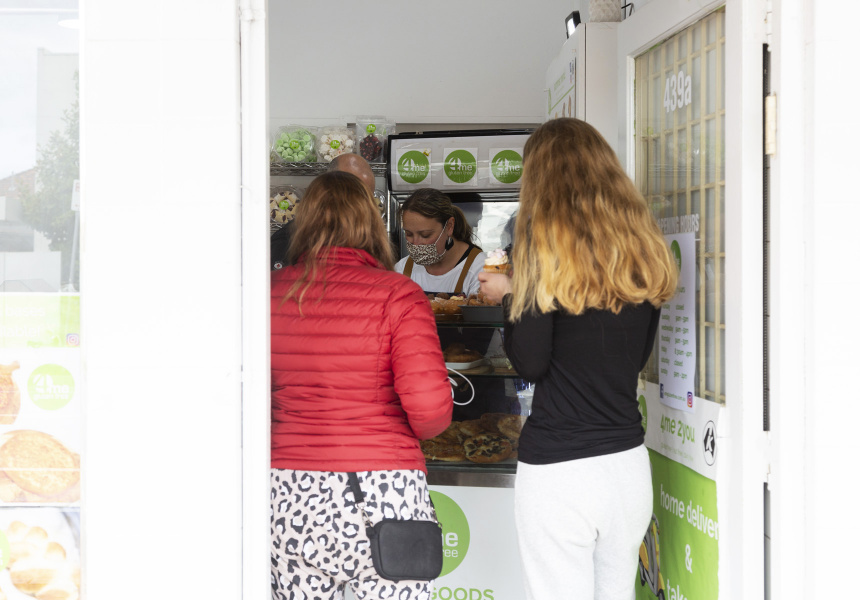 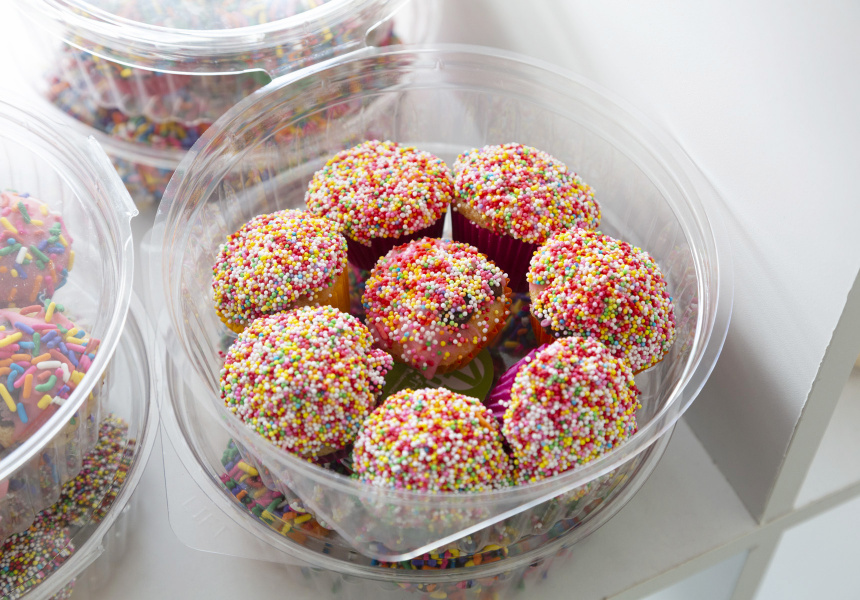 On a tiny, blink-and-you’ll-miss it shopping strip on Kooyong Road in Elsternwick, there’s a little bakery with a white facade – and often a queue of customers stretching to the laundromat next door. 4me Gluten Free, which opened in 2017, is so small that customers can’t really step inside, but a cabinet in the window displays a colourful array of cakes and cupcakes – a jewellery box of treats to contemplate as you await your turn at the counter.

4me has accrued a dedicated following across Melbourne. The Google reviews are some of the most effusive you’ll read anywhere, with strong I-can’t-believe-it’s-not-gluten energy. People with coeliac disease or an intolerance for gluten, or those who just prefer to avoid it, will travel far for a suitable lamington, explains co-owner Sharon Hacham. Some customers drive up to 20 kilometres to visit the shop, she says, and 4me regularly delivers cakes all over town, recently as far west as Point Cook. Also noteworthy: the products are all dairy- and nut-free, too.

Baker Yinon Hacham – Sharon’s husband – started developing and selling gluten-free baked goods in 2012, after the couple emigrated to Australia from Israel (Sharon grew up in Melbourne). Baking is Yinon’s family trade – his father and uncle ran a large bakery in Jerusalem for decades, and Yinon worked on the business side, managing sales and developing products. (Fun fact: leavened bread and products made from wheat are prohibited during Passover, so most Jewish bakers and chefs have a repertoire of gluten-free cakes for the holiday.)

When he arrived in Australia, Yinon realised there was an opportunity to fill the demand for gluten-free baked goods here – especially in Melbourne’s Jewish community, where gluten-free versions of traditional breads and cakes (such as bagels, challah and babka) were hard to find. So he starting experimenting with flours and developing recipes at home – his first time actually baking, he points out, despite having worked at a bakery for years. To this day he doesn’t have much experience baking with regular flour, since gluten-free baking has always been his focus.

He started out making simple cakes (marble, chocolate) and mini-cupcakes, and riffing on some of his father’s recipes. Word got out that the goods were, well, good, and 4me began wholesale distribution through Leaf and Sunnybrook (an online store). After a few years, says Sharon, they knew demand was big enough to sustain a retail operation, so they opened their Elsternwick shop, close to the Jewish community (the bakery also has kosher certification). The number of products now produced by 4me is impressive, especially given the size of the team and the kitchen (both tiny).

In the savoury department, there are pizza bases; focaccias (a simple herb version, plus one with tomato, olives and mushrooms); wraps (reminiscent of laffa flatbread); bagels; challah (on Fridays only); samosas; and more.

When it comes to cakes and desserts, 4me’s range is equally robust and impressive – fruity mousse cakes (in flavours such as strawberry and guava) and colourful cupcakes pop in the window like edible Candy Crush pieces. The lemon-meringue tart and watermelon mousse cake get points for presentation and flair. The lamington cake, filled with house-made jam, is basically indistinguishable from a traditional lammie (just bigger). The chocolate babka is also impressive, especially considering how gluten-y babka traditionally is. The tiramisu and raspberry and coconut cake are both standouts.

4me takes custom orders, so if you’re after a particular flavor or size – or a vegan adaptation sans eggs – Yinon may be able to accommodate your request. Also, keep your eye on Instagram for festive specials: there are gingerbread people and red-velvet trifles for Christmas; sufganiyot (jam-filled doughnuts) for Hanukkah; and hamantaschen (triangular, shortbread-style biscuits filled with poppyseed or jam) for Purim, which falls at the end of February in 2021.

The shop’s very existence feels like a delicious kind of sorcery. No gluten, no dairy, no nuts: how is this all possible? With a lot of trial and error, says Yinon. He spends a lot of time finessing flour combinations, substituting ingredients and testing recipes. But like any good magician, he doesn’t reveal his tricks. Sorry, home bakers.

This article first appeared on Broadsheet on January 21, 2021. Menu items may have changed since publication.