Mr Bitters has launched its range of handmade cocktail bitters. We catch up for a history lesson and a sneaky cocktail recipe. 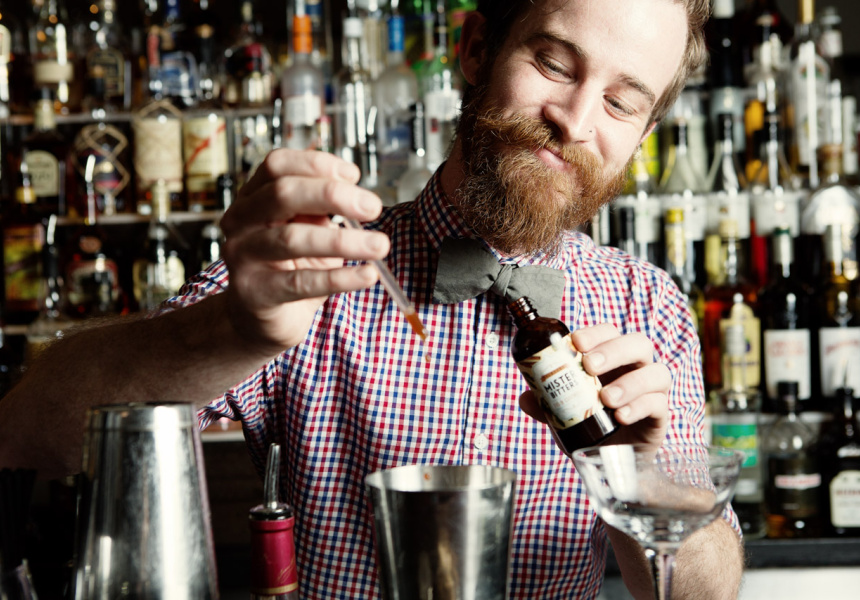 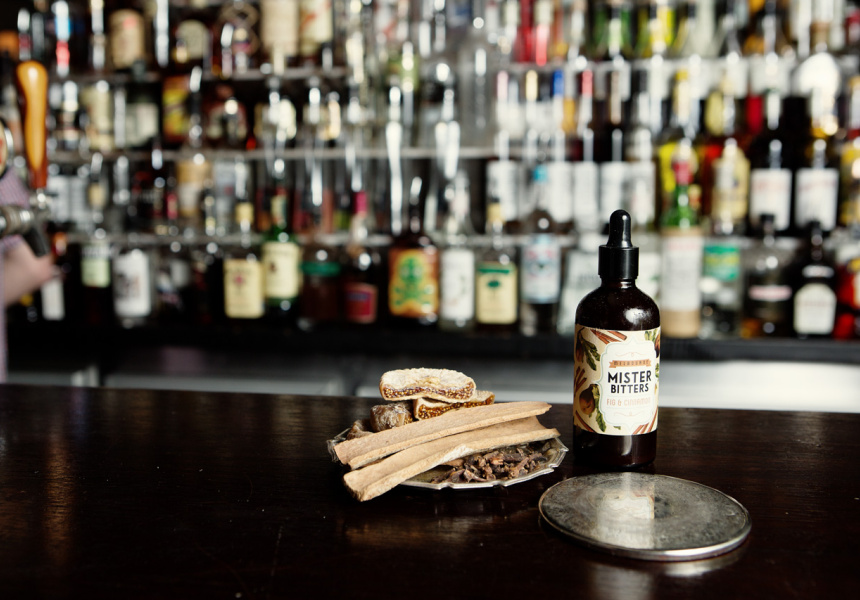 The barman’s seasoning, bitters gives drinks a new dimension and complex flavours with just a few drops. You only need to taste one (good) Old Fashioned to know the difference these potions make.

Claiming to be Australia’s first dedicated bitters company, Mr Bitters has been in action for several years (we caught up in late 2012). So far the product has only been used in cocktail bars and at events (special blends were created for the Formula 1 and Melbourne Cup) but now it can be bought and taken home.

Mr Bitters is the manifestation of Melbourne cocktail bar Lily Blacks’ bartenders’ obsession with bitters. Lachlan McAllister (owner of Lily Blacks) and Jacob Taylor (ex-Lily Blacks, now makes the bitters) are more than happy to chat at length about bitters in general, and their product specifically, like the obsessives they are.

McAllister confidently claims Lily Blacks has the largest range of bitters in the world (now between 300 and 350 different varieties). “Companies know we want them and actively seek us out when new products go on the market.”

The two jokingly describe themselves as bitters aficionados. With expert knowledge developed from their experiences at Lily Blacks, they believed they could make a better product than those available and began making their own.

“There’s this bitters boom going on now,” says Taylor, he pauses, starts laughing and adds, “it’s a small boom but it is going on. There are all these different companies producing different styles of bitters and there’s lots more coming out.” Though for a time bitters went out of fashion, there was a similar boom in the 1920s at around the time of US prohibition. “[Back then,] lots of different types of bitters were released, often as tonics and herbal remedies.”

Many people are now recreating long-lost bitters from the early 1900s. Pointing behind the bar to a set of another brand’s bitters, Taylor says, “Those are brand-new resurrections of styles from the 1920s.” One of three bitters set for the first release, its Honeyed Apricot and Smoked Hickory is a reincarnation of a discontinued smoked bitters they loved using but could no longer get.

Also ready for release are Fig and Cinnamon and Grapefruit and Agave. The latter was developed specifically to match Tromba Tequila (though it can be used with other drinks). “Melbourne’s hospitality community is so close,” explains Taylor, “Everybody knows each other.” Impressed with what Mr Bitters is doing, Tromba sought its own custom blend.

For the future, Mr Bitters is looking to create some special Australian flavours. Speculatively, there are possibilities such as beetroot, lemon myrtle, and eucalyptus. We’ll have to wait and see.

Having acquired a bottle of these bitters, try your hand at making a cocktail kindly recommended by Mr Bitters: The Bitter Cargo.

Approachable and easy to make yourself, this cocktail doesn’t require any unusual or hard-to-get ingredients. It is inspired by The White Cargo, a 1930s classic from The Savoy Cocktail Book, containing just gin and ice-cream. Taylor says, “Ice-cream cocktails are generally thought of as quite tacky, people seem to forget that they have been made for 100 years and you can make nice, fancy cocktails with ice-cream.”

By adding the bitters, the drink gains depth and length of flavour, as well as richness and spice. Surprisingly, (for those of us who’re not mixologists), ice-cream dries the drink out, giving it a short, sharp flavour. Cognac – at least good cognac – has length. The bitters add richness that’s not inherent in vanilla ice- cream and complements the toffee, spicy richness of cognac.

Shake all ingredients well until the ice-cream has dissolved. Strain into glass. Grate a little nutmeg on top. Enjoy.

Mr Bitters comes in 100ml bottles (can make between 20 and 100 drinks) and is available to purchase for $20 at onlybitters.com and (subject to availability) at Lily Blacks, Double Happiness, New Gold Mountain, Mr Wow’s Emporium and Los Barbudos. 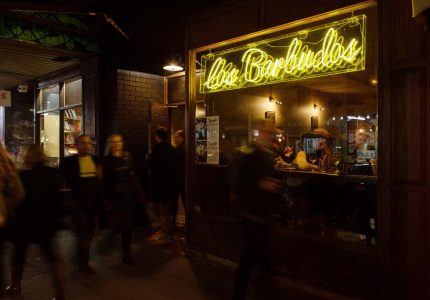