The story of an iconic Melbourne dish – Supernormal's lobster roll – and a hero who dared to eat 10 in a single sitting. 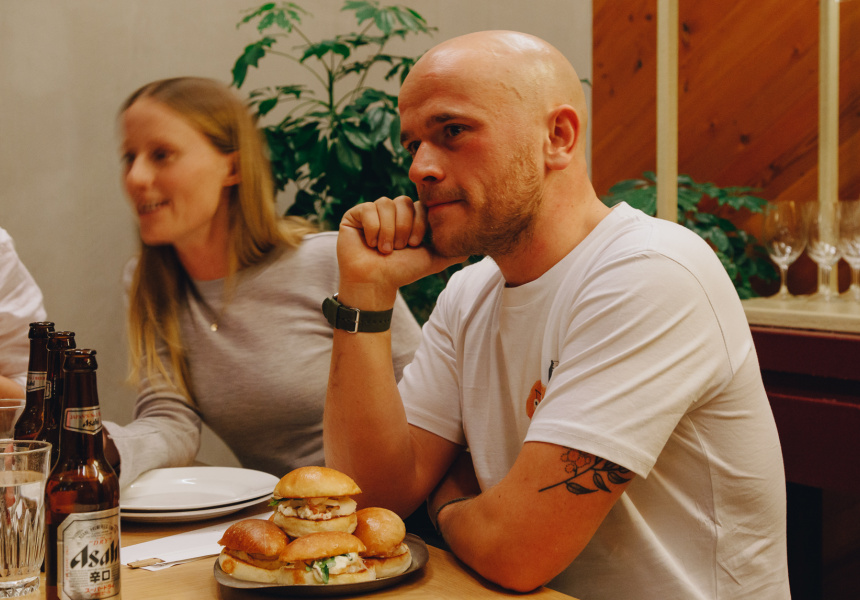 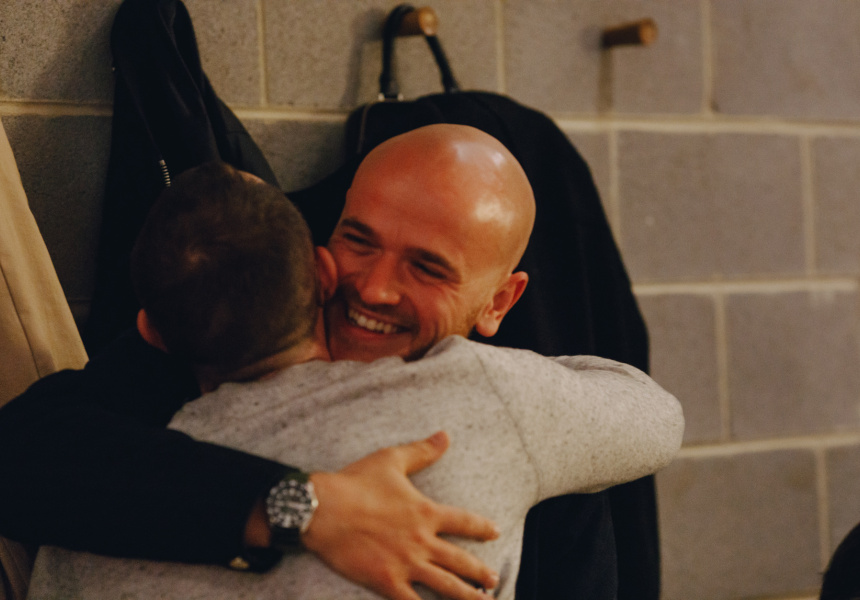 It was a night that seemed like any other night in Melbourne’s CBD. The sun wasn’t shining and the birds weren’t chirping, but at chef Andrew McConnell’s city diner, Supernormal, there was a man called Tom Clayton. A designer. And he was there to eat. Specifically, to eat 10 New England lobster rolls in 60 minutes.

The idea for the escapade was sewn some time ago, when Tom shared a dream with his partner and then-Broadsheet employee, Steph Goldwater. He wanted to one day go to Supernormal and eat 10 of the restaurant’s famous lobster rolls, and nothing else. Steph responded with an astonished, “Why?” And Tom fired back with a resounding, “Because!”

These delicious little wads of lobster, Kewpie mayo and shallots on a brioche bun first appeared at McConnell’s now-closed St Kilda restaurant Golden Fields before they took up residence on the Supernormal menu in 2014.

I would later find out – while sitting beside Tom and masquerading as a journalist reporting this “event” – that this dream was first dreamt by Tom’s mate Christopher, or “Beast” to his parents. Tom clearly liked Beast’s dream so much he started dreaming it himself. Then one night, as a surprise, Steph (henceforth to be referred to as the Dreamweaver) turned Tom’s dream into a reality for him and several of his closest friends. Plus me, of course. The journalist. It was kind of like when Neil Armstrong’s wife woke him on that fateful morning in 1969 with, “Guess what honey! I organised that spaceship you’ve been dreaming about! And you’re leaving today!”

As his support group, we were all there to live out Tom’s dream with him. But when we arrived we were alerted to the fact that Supernormal’s staff had some safety concerns. The team strongly advised that Tom’s dream be downgraded to six lobster rolls in an hour. Not the dreamed about 10. Tom wasn’t overly pleased with the news, but (sensibly) swallowed his pride so as to clear some much-needed room for the half-dozen lobster bundles.

Years of dreaming had come to this. There was a nervous energy in the air. I looked at Tom. The dreamer. He momentarily checked his phone, but after that he was focussed. Calm. Ready. In Tom we had a leader. An inspirational leader with a recently downgraded dream.

Easy. Down in a flash. It’s a lobster roll for clawing out loud. Anyone can do one. And everyone did. But Tom didn’t just eat his roll. No, no. He made it disappear – like a magician with expert sleight of hand.

The plan was to follow a timer and eat one lobster roll every 10 minutes. I guess mainly so we retained some small ounce of class? And so the “dinner” didn’t devolve into a 12-minute face-stuffing.

Piece of cake. Lobster cake, some might say. This was actually my favourite of all the six rolls. I always order the lobster roll at Supernormal and every single time I’ve wished I could order a second one. Like a grown-up would. But actually being allowed to do it was like getting to the end of Christmas Day and deciding to just do it all again tomorrow. Naughty … but nice!

Note: I’ll admit, even as a Jewish man, the Christmas Day reference does feel a bit fraudulent. But in my defence, Hanukkah technically goes for eight days, so it didn’t really work as an analogy in this context.

As I looked around the table, everyone seemed to be feeling some level of discomfort. Except Tom, of course. While the rest of us could see the light at the end of this brioche tunnel, our hero was only halfway through it. Because Tom had no plans to take lobster-roll-related safety advice from Supernormal. Tom had a dream. And Tom wasn’t stopping until 10.

I did it. We did it. Just. And, as the storm (plates were) cleared, a dense, heavy fog descended on my insides.

I suddenly felt tired. My brain was muddled. I didn’t feel sick exactly, but I certainly didn’t feel healthy, either. I was in that strange post-pig-out grey area where the next 12 hours felt a little too mysterious for comfort.

It was confusing because this was the moment I was supposed to feel a sense of pride. Achievement. But instead there was a growing feeling of shame as I asked myself the same question the wise Dreamweaver once asked Tom.

I mustered up the energy to lift my eyes from my blurry watch and look at Tom for a sense of hope. He’d already begun on Roll Seven. No longer bound by the pesky time constraints that had held him back thus far, Tom dragged Monica’s untouched fifth and sixth rolls towards him and seamlessly turned them into his seventh and eighth.

Then, while everyone else wallowed in their individual spirals of shame, Tom quietly ordered his final two lobster rolls from the concerned staff and completed his dream.

After his final mouthful, Tom sat back and smiled. He’d done it. And while he didn’t say it, you could tell Tom didn’t just do this for himself, he did it for Beast. Because God knows he ate enough for the both of them.

Get the recipe for Supernormal's New England Lobster rolls here.