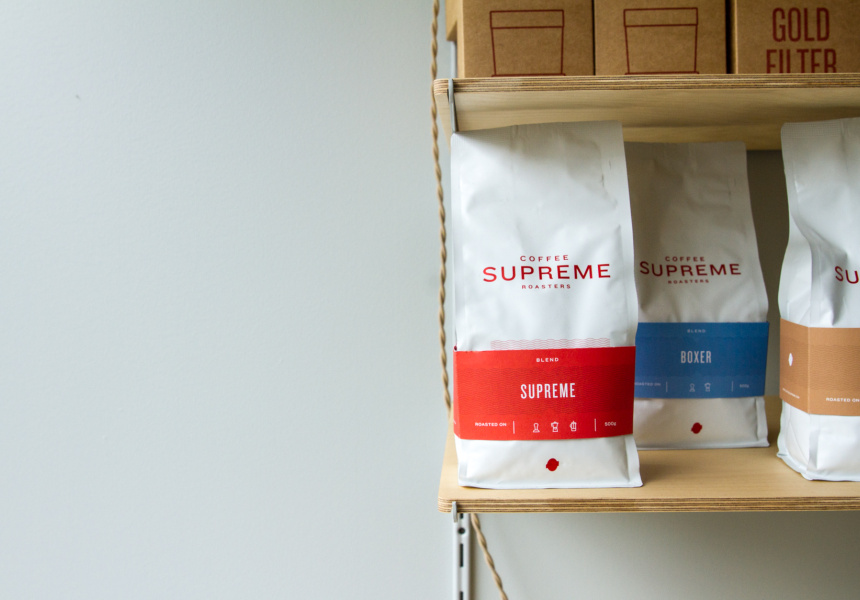 There are plenty of things to be like-minded about in Melbourne’s inner-north, especially having a penchant for vegan and vegetarian food. Here, #cleaneating is right at home. And Smith Street’s Like Minded Projects has opted for subtlety over showboating.

“I’m not into preaching to people,” says owner Elaine So.

“For me, it’s about choice. Whether or not you want to eat meat is your decision, but I’d like you to know what’s happening. We want to trigger a thought process, like when you find out that we’re mostly vegan and completely gluten free – it’s a bonus.”

Like Minded Projects sits at the city end of Smith Street, clad in matte black with a vertical pot-plant wall adorning the front entrance. The collaborative design between So, Samantha Eades (of The Stylesmiths), and Coffee Supreme’s in-house design team is soft: the interior’s polished metals, white walls and light birch woods offset the street façade’s stark exterior. And as soon as you walk in, you notice something’s different.

Three pay stations greet you, one serving coffee, another doing cookies and ice cream and the other doing meals. That’s because Like Minded houses three food and drink businesses: Abbotsford’s Coffee Supreme, Fred Gets, and Ace.

So (also behind Servery and Spoon, My Sister Says and the Abbotsford Club), came up with the Like Minded concept after realising that collaborating with other hospo businesses could work in everyone’s favour.

“You know, I could specialise in cold-pressed juices, but I don’t want to. But, I know people who do, and I reasoned: why can’t we work in a collaborative environment where we can support each other, without stepping on each other’s toes?” she says.

What’s resulted is an experimental hospitality venture: each business has its own way of going about things without the space feeling like a mish-mash of competing demands.

It’s Ace that you’ll see first with sugar-free, organic, raw, vegan cookies and flavoured nut milks. Next comes Fred Gets, with a daily selection of salads and open sandwiches, along with fruit salad, bircher muesli and brown-rice-paper rolls. Caffeine is straightforward – Coffee Supreme has you sorted.

“In one sense it’s confusing for people because they expect it to be the one business, but that’s what I wanted,” she says.

For the moment it seems as though Like Minded Projects is operating by stealth. It doesn’t have a phone number, nor can it be found online. But pop in there so you can say you knew about it first.