Algerian Food Made Personal at Camus

Pierre Khodja’s new 100-seat High Street diner draws on his Michelin-star background, and the recipes of his mother. 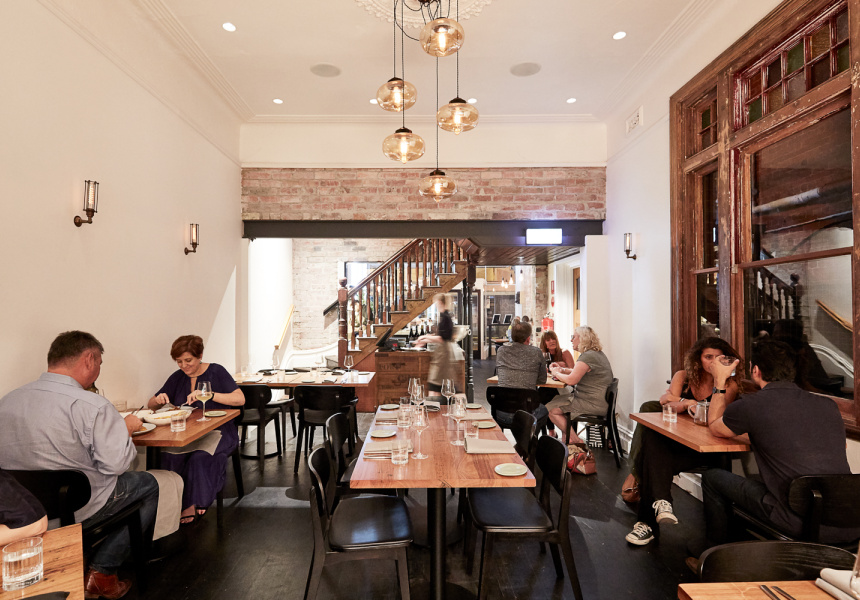 For Pierre Khodja, the quote on the wall of his Northcote restaurant is personal.

The chef does share a few biographical similarities with its author, Albert Camus: both were born near Dréan, Algeria; both lived much of their lives in France; both had a taste for soccer. But the words from The Myth of Sisyphus, which reads, “to create is to live twice” have an unexpectedly literal meaning for the restaurateur.

“I had an accident, and I came back again,” he explains. “It was a gas explosion in my restaurant, and my heart stopped, but they got me back. I was in hospital for three months.

“When I was in hospital all the chefs from Melbourne came to visit and kept me going. That’s why I stayed in Melbourne, to be honest with you.”

“It’s like building a house – you have to have a very strong foundation,” Khodja says. “The foundation of cooking is French, and then you can do your own thing.”

After moving to Australia in 2001, Khodja began exploring his culinary roots, first at his restaurant Albert Street in Mornington and Canvas in Hawthorn, and now, most explicitly, at Camus.

Khodja describe’s Camus’s menu as “clean-up Algerian”; it uses the spices, cuts and braises of North Africa, but with French expertise. “Algerian cuisine – it’s more braised and over-cooked. I cleaned it up so there are no oils and tomato paste, and it all comes to life,” he says. “I cook with French techniques, but with spices like cardamom, cinnamon, cumin and star anise.”

The influence of his mother’s cooking is palpable. “In France, she kept her identity – she refused to cook French food,” he says. “Back home, she used to buy very cheap cuts, because she had eight kids. I used to go to the market with her, and the carry bag was bigger than me. She’d get this cheap stuff and make magic.”

Though the menu’s expected to change regularly, there’s currently a bourek with kale, goat cheese, mint and a soft-cooked egg; and marinated quail with parsnip, dried fruit and smoked honey. A steamed and seared goat shoulder comes with sweet onion and raisins.

“The cooking I do, it’s very healthy,” Khodja insists. “The spices – turmeric, coriander, cinnamon – they’ve all been picked for a reason. If you eat them everyday, you don’t need those Swisse tablets.”

Khodja wants to keep Camus approachable. “Like people coming into my home, that’s how I want it to be,” he says. “Shorts, jeans, suit, it doesn’t matter.”