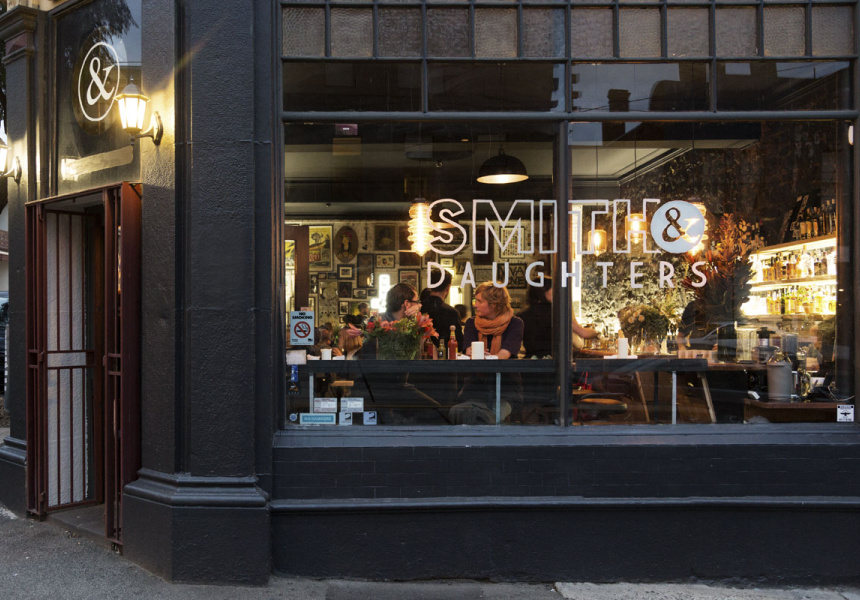 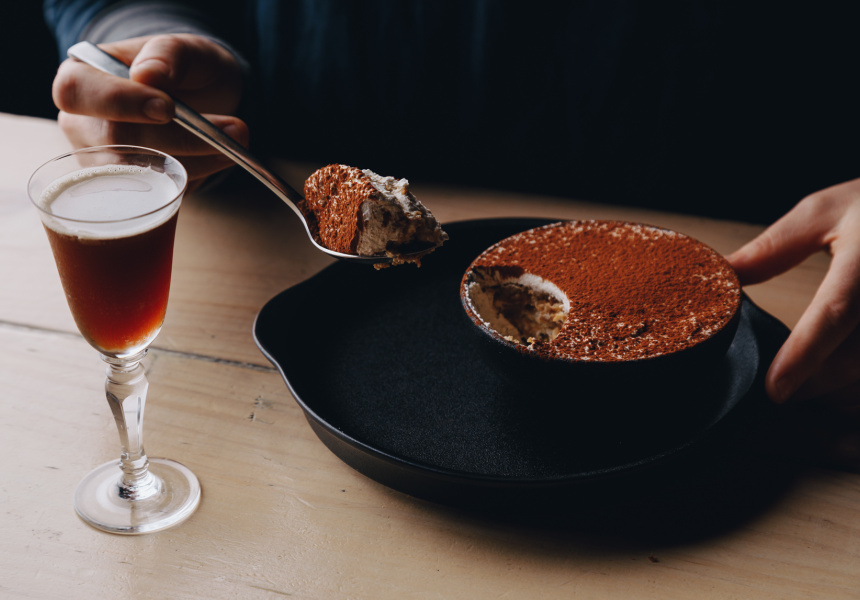 In a corner bluestone building that used to be Spanish restaurant De Los Santos, owner Shannon Martinez has transformed the space into a vegan bar and eatery with a rock‘n’roll vibe (think framed band posters, a cross-shaped neon sign on the wall, punk rock on the speakers), Smith & Daughters.

Smith & Daughters' mission is to challenge the perception that vegan dining is necessarily bland. Martinez has previously worked at a string of Melbourne’s top vegan and vegetarian-friendly dining institutions.

In 2018 Smith & Daughter’s original Latin-inspired menu was swapped for an Italian one. Martinez decided to make the switch over to Italian food after she noticed the cuisine’s suitability for vegan meals.   Highlights from the new menu include a “beef” and red-wine ragu on soft polenta – made with dried, shredded and pressed mushrooms, which pass off perfectly for the real thing – and a giant “chicken” schnitzel so large it presses up against the edges of your dinner plate.

There’s more than just meat-imitations on the menu though, with a few standout plant-based dishes as well, such as the gnocchi with broccoli pesto, the squid on saffron rice (ideal for those who’ll be missing the old, smoky paella) and roasted pumpkin, with an olive and orange tapenade.

Cocktails like the Bitter Ex – a riff on an Americano – and the Perpetual Peace (packed with fruit and Frangelico) round out the new, Italianised drinks list, while also hinting at some Italian-American, New York-style lineage, too.

A recipe from Smith & Daughters is featured in The Broadsheet Italian Cookbook. Buy your copy at shop.broadsheet.com.au.