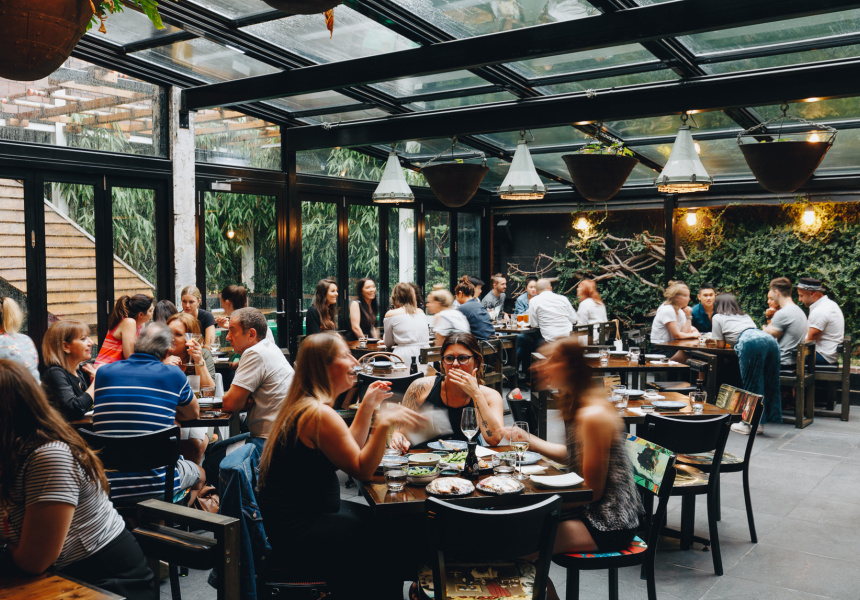 Japanese is a wonderfully varied cuisine. Want to eat light and healthy? Sushi. Hearty and warming? Ramen. Having a beer? Tempura it is.

In Japan it's common to find restaurants that specialise in one thing or another. Ichi Ni Nana's not like that. As at sister restaurant Ichi Ni Izakaya, the menu covers several distinct styles of Japanese cuisine, including gyoza, tempura, yakitori, sushi, sashimi and don.

This broad appeal keeps the tables turning over in the colourful space, which is located on the ground floor of Hotel Fitzroy and features a four-person private dining booth inside a cable car from the 1998 Nagano Winter Olympics, fitted with its own sound system.

The bar's strong offering doesn't hurt either. There's a clever range of cocktails that use ingredients such as green tea-infused vodka, Japanese whisky and kokuto, a type of Japanese sugar. Also on the list: dozens of sakes; European and Australian wines; and beers from Coedo, one of Japan's best craft breweries.

The restaurant is split into a number of sections, which ensure a degree or intimacy and atmosphere, even if it's a slow night. During spring and summer, the glassed-in courtyard is the place to be, to catch some gentle late sun.