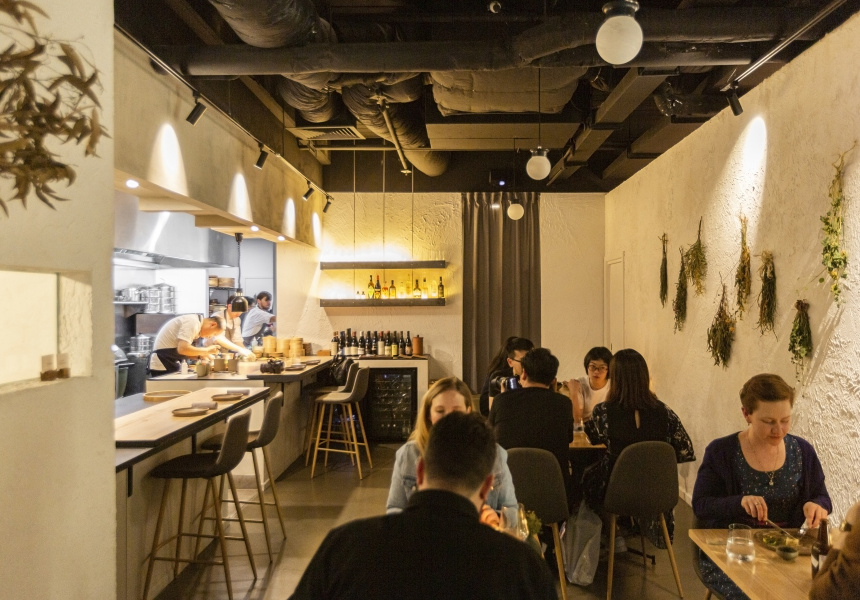 Gaea is small and imaginative. It riffs on European techniques fused with local ingredients.

Before opening Gaea, chef and co-owner Mo Zhou had been cooking in Melbourne for over a decade. After ditching a business degree to become a chef, he worked as commis chef at Attica, chef de partie at Vue de Monde and sous chef at The Press Club.

The menu comes as a six- or eight-course degustation (three courses on Tuesdays, Wednesdays and Thursdays). On the changing menu dishes might include pumpkin puree, with fermented pumpkin juice and dandelion flowers that have been brined then charred. For dessert, expect dishes such as a jam made from lemonade fruit (a sweet citrus), pickled rose petals, roast-hay ice-cream and a charcoal-infused milk cream sauce.

The drinks list is tight and eclectic. Most wines are available by the glass and cover both local and international drops as well as the full spectrum of biodynamic, natural and minimal intervention. If you’re up for a beer instead, try the spontaneously fermented Spontanbasil, a Danish brew that’s exposed to wild yeasts and bacteria as opposed to brewer’s yeast, which gives it a slightly sour finish.