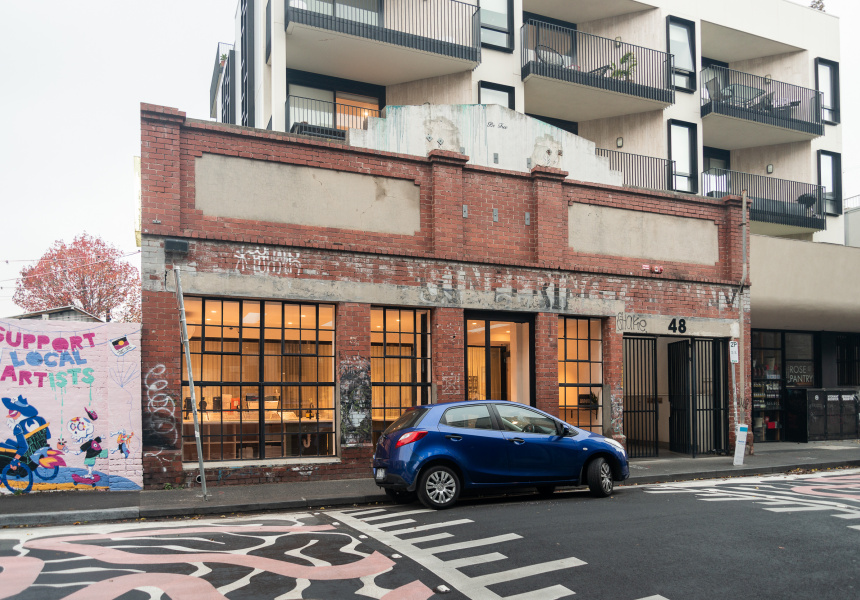 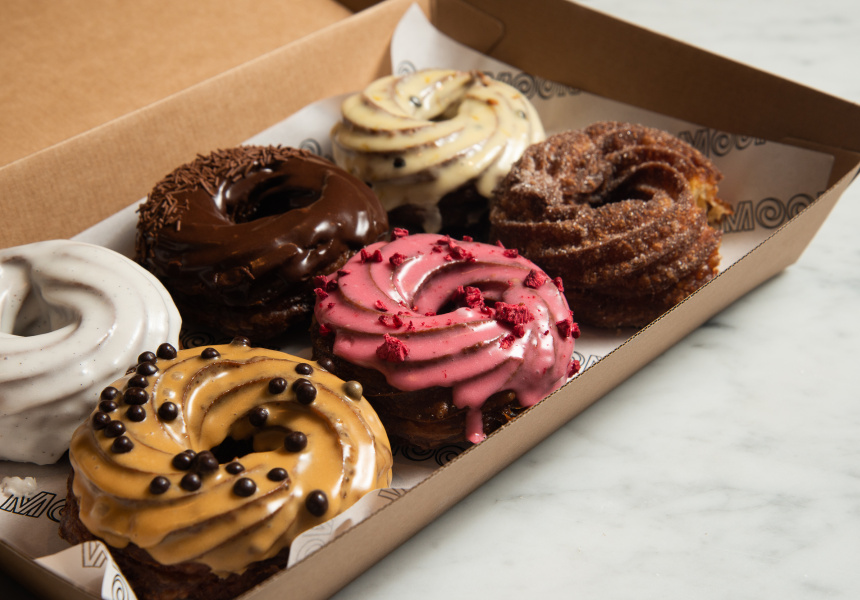 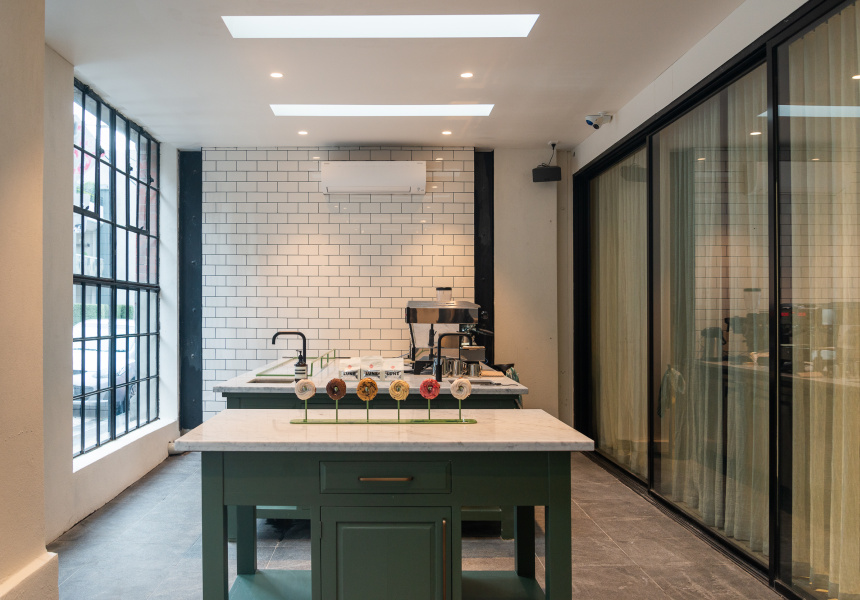 Kate Reid had her first cruller at Daily Provisions in New York City in 2016. They were recommended to her by New York Times restaurant critic and food writer Oliver Strand, 12 months after Strand published his glowing review of Lune, with the headline Is the World’s Best Croissant Made in Australia?, a review that made Lune one of the most famous patisseries in the world.

Crullers are ring-shaped, just like doughnuts – the deep-fried choux pastry has a soft, custardy interior similar to eclairs and a crunchy exterior more akin to churros. It’s hard to make comparisons, though – crullers are their own thing entirely. And when Reid tried her first, she was an instant convert.

Although she didn’t have a recipe, Reid’s gotten her crullers as close as she can to the Daily Provisions ones by spending hours deep-frying and perfecting the dough. Once she had her recipe nailed, she decided to open up her new venture right next door to the Lune mothership.

It's in a converted space outside the Lune head office – where Reid runs the business alongside brother Cam and restaurateur Nathan Toleman of the Mulberry Group (Hazel, Dessous and Liminal) – and appropriately, it's called Moon.

At Moon, there are six flavours available at any given time, with menu mainstays in cinnamon sugar, vanilla glaze and chocolate glaze. The other three are variations of pink, yellow and light brown glazes. Expect flavours like raspberry, passionfruit and cappuccino cruller with coffee glaze and chocolate toppings on hand.

There are all of the usual coffee options, including half-and-half, which is made with half-milk and half-cream), with beans from Coffee Supreme. Hot chocolate and chai lattes are available too.

There are white subway tiles all along the back walls, with a beautiful carrara marble benchtop over a deep forest green base where you order. A small curtain separates the shopfront from the main office, and art on the wall constantly changes. A small standing bar opposite the ordering counter is good for a quick coffee, but the space has been designed mainly for takeaway, with no seats.

Crullers aren’t new to Melbourne – Shortstop, Doughboys and Rustica have been frying them on the side for years, but they still fly under the radar for the most part. Reid hopes Moon Cruller makes more Melburnians aware of the delectable pastry.