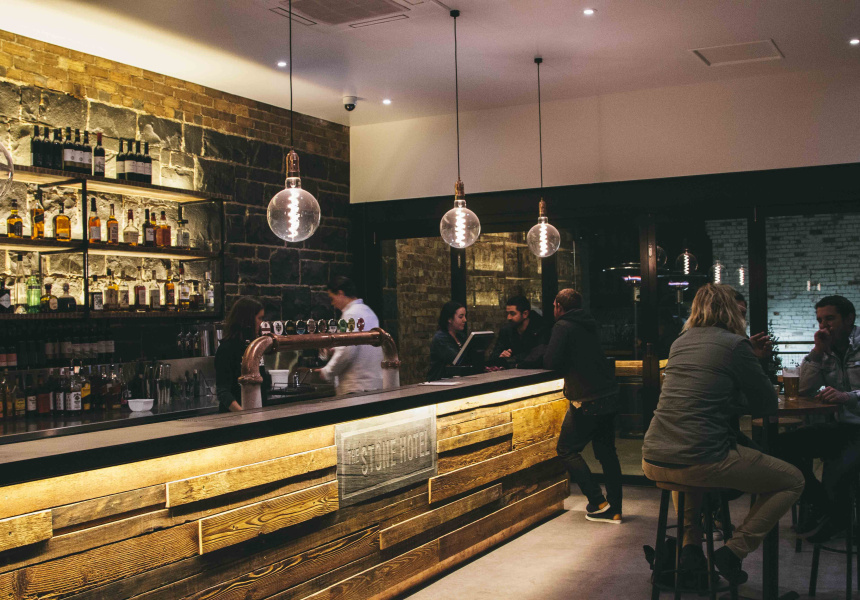 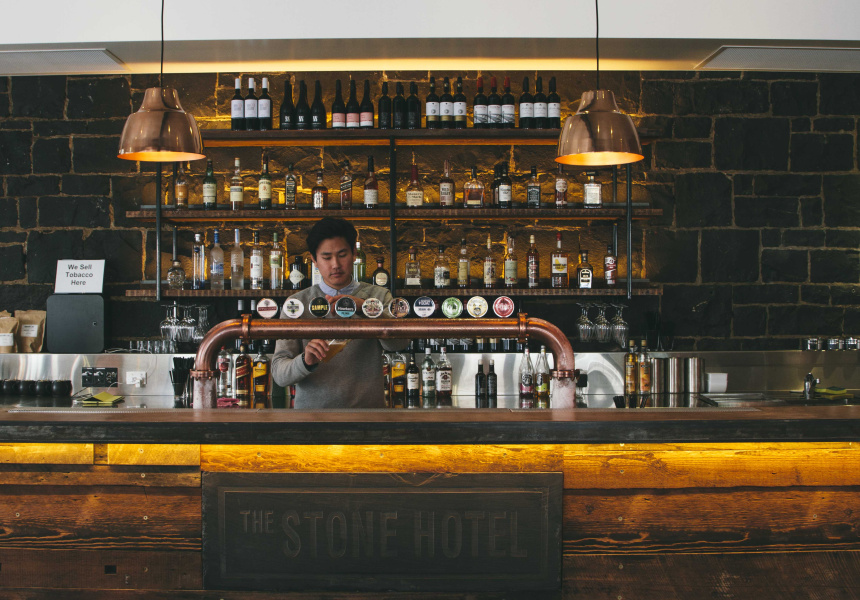 After years running other people's pubs, Tom Tschui (Prince of Wales Public Bar, Transport) decided it was time to open his own place. As luck would have it, he found his dream spot while passing the corner of Johnston and Brunswick on the tram.

After six months of renovations, he and his dad gave the former Cape Lounge a modern industrial look, a new rooftop beer garden and a new name: the Stone Hotel. Downstairs you'll find a refined take on the local pub with 10 independent beers on tap and the Stone Hotel’s house beer, which is brewed at Holgate. The wine list is short and sweet with some good value by-the-glass options.

Rather than individual pub meals, chef Luke Eckersall’s (ex-chef at Farm Cafe) menu is better for sharing, and includes the outlandish bacon doughnuts, made with a batter rich in pancetta, paprika and spring onion. The chicken ribs are also a great dish to share with friends over a beer. Brined overnight, they’re fall-off-the-bone tender with a little kick from a hot-sauce-and-butter emulsion.

Once you've had your fill, grab a drink and head upstairs. There's an indoor space, which can be hired out for functions but usually hosts DJs and live music on weekends. But really, in summer especially, it’s all about the outdoor beer garden and its view.