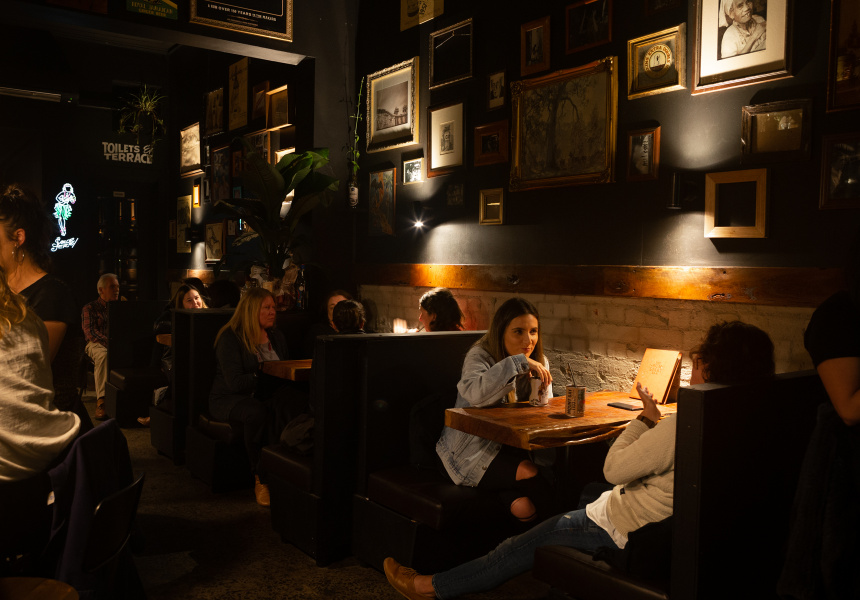 The Rum Diary Bar is a sultry, dimly lit watering hole that sounds like a slide guitar and smells like a pirate ship.

At the beginning of 2019, Jacob Goss took over from the previous owner, introducing new booth seating and reviving the back beer garden. But thankfully all the best bits have stayed the same: the expert bar staff remain, you can trust it’ll never shut before closing time, and it’s still consistently ranked alongside the top rum bars in the country.

The drink shelves behind the bar are so expansive that a rolling library ladder is needed to access some of the top-shelf rums. They’re also peppered with curios – from model ships and magnifying glasses to animal skulls.

There’s over 150 varieties of rum here. Most of the list is made up of Spanish, French and English styles, interspersed with rarer bottles. There’s also a house-spiced rum available to purchase and take home, plus a range of other spirits and a tidy line-up of craft beers too.

Unsurprisingly, the Dark and Stormy is the most popular cocktail here. It mixes house-made ginger beer with capsicum, coriander, lemon juice, sugar and Goslings Black Seal Rum. In order to meet demand, they get through 18 bottles of the stuff a week.

The bar has a retractable stage and hosts live music on Fridays and Saturday nights. It’s one of the best spots on Brunswick Street for a dash of live blues or rock’n’roll.