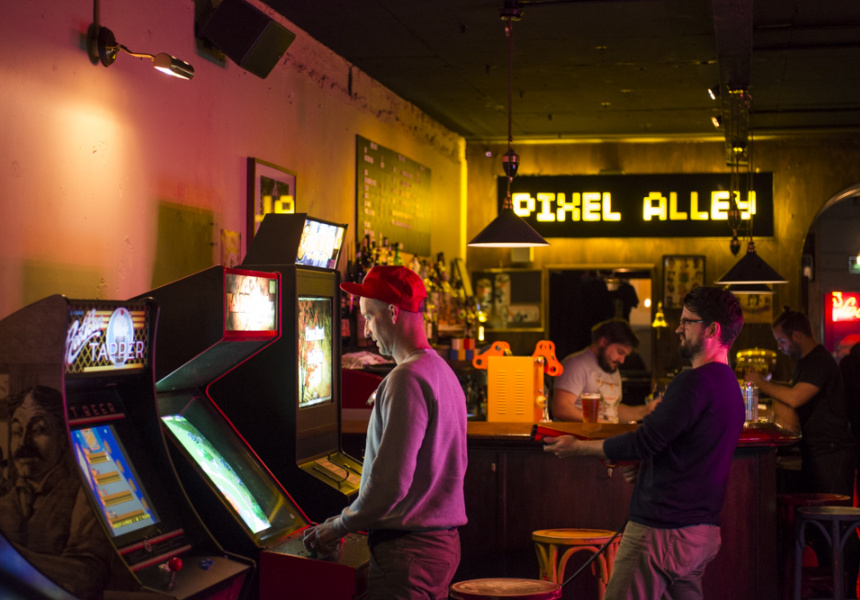 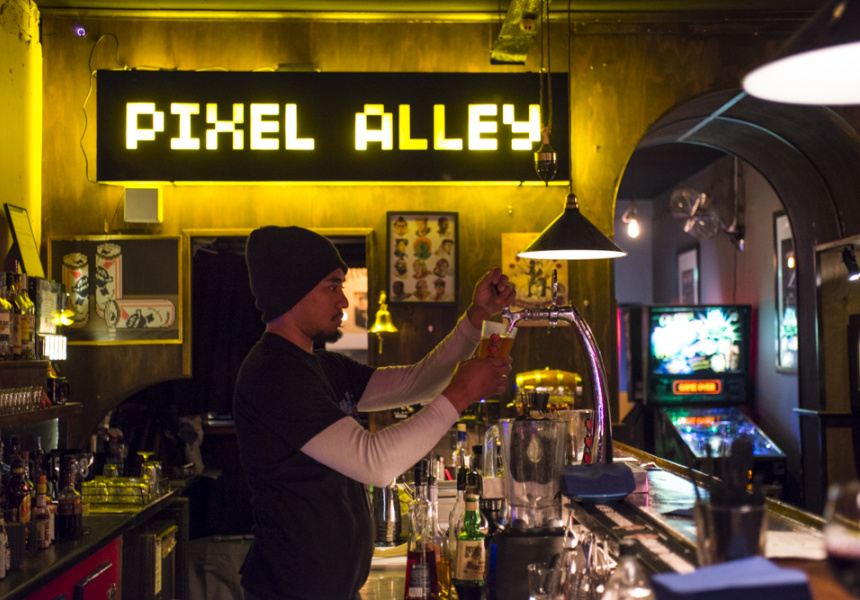 Mortal Kombat 2 or Street Fighter? Luckily, at Pixel Alley you don’t have to choose.

Pixel Alley pays homage to the art of retro games, adorning its walls with pixel-art murals from illustrator Justine McAllister. It all adds up to an experience that’s considered rather than kitsch, right down to making sure there's a ledge between the machines you can rest your drink on while you play.

The beer on-tap is Bastard Son Pale Ale, each pint of which comes with a $1 game token. The tinnie selection is top notch, too, from the classic Melbourne Bitter to Pirate Life and even Pabst, if you feel like going full on college freshman.

The game-inspired cocktails are next level, including Pacman Bubble Tea (lychee vodka, lime and ginger beer) and the Konkey Dong. As for wine, it’s a short and sweet offering. We suggest ordering a glass of sparkling, because how great would it be to be drinking Prosecco while playing Pacman?