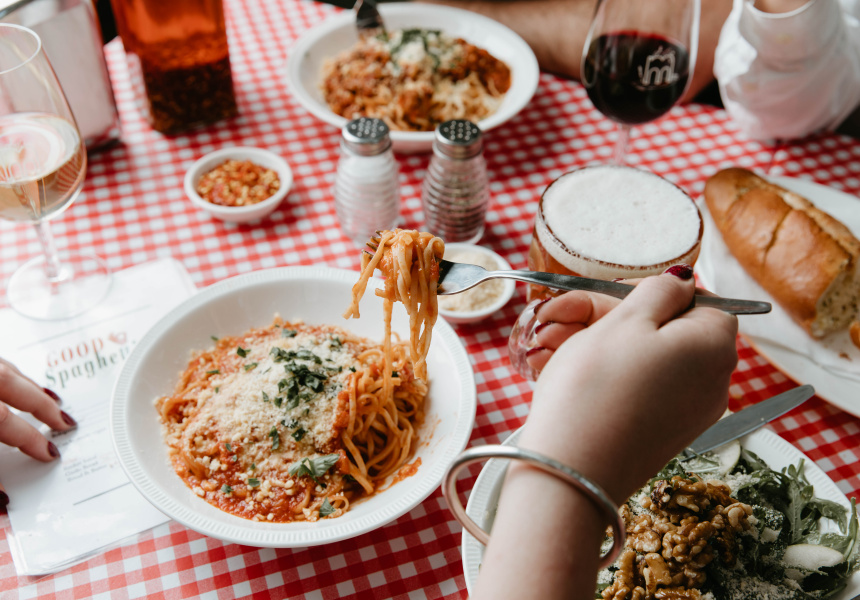 You could easily walk past Milney’s in Fitzroy. It has no signage except for a small painted M on the front door. The courtyard bar is a joint venture by Monty Mullooly-Hill and Paul Milne (co-owners of much-loved neighbourhood bar Monty’s in Fitzroy North) and Rochelle Hutchinson (who previously worked at Joe’s Shoe Store, which in many ways created the template for Monty's). Mullooly-Hill is also a co-owner at late-night diner Bar Romantica in Brunswick East.

Although Milney’s is just up the road from Monty’s, Milney’s definitely has its own personality. To drink there’s a $10 pint of Milney’s lager on tap, a few imported canned beers, and a solid list of local beers from Bodriggy, Stomping Ground and Hop Nation. There are three wines on tap (all sourced from Victorian wineries such as Little Reddie, Minim Wine and Boomtown) and another six by the bottle. There’s a tight and fun cocktail roster, too.

Milney's has a huge courtyard – about 80 square metres – with a tape deck in the corner playing an eclectic range of cassettes ranging from classic ’80s Grace Jones to Angst Fest 2.0 – a compilation by Ångström Space, an Abbotsford-based event curator and design studio.