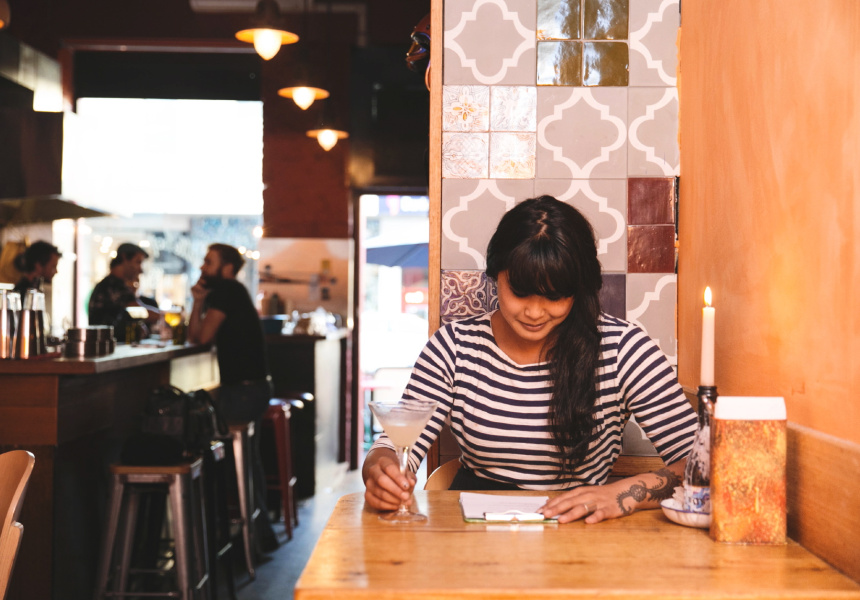 The colourful and narrow Little Hop feels like an invitation to escape busy Brunswick Street. Sit at the bar and have a chat. Sip a beer, eat tacos, watch the turntables turn.

After Brunswick Street’s B’Stilla Cantina closed in 2015, the team behind it changed gears and created Little Hop. They decided the large street-facing window needed tacos. So they invited nearby Mexican restaurant Los Hermanos to join them. What was a month-long pop-up has endured, and the marriage of craft beer and tacos continues.

Two turntables provide a soundtrack that traverses from blues to classic rock to reggae. Local hospitality workers stick their head in for a quick chat and a taco before their shift. It’s open until 1am on weekends, so many return for wind-down drink after work too.

Co-owner Hugo Tremayne has a love for NZ beer, and modern Kiwi classics such as 8 Wired and Epic are favourites through the two taps. The fridge also has a great range of local and Kiwi drops. Tequila is the only spirit on offer, and the only cocktail you’ll get is a Margarita.

When it’s all this good, you don’t need anything else. It’s casual simplicity at the highest standard.