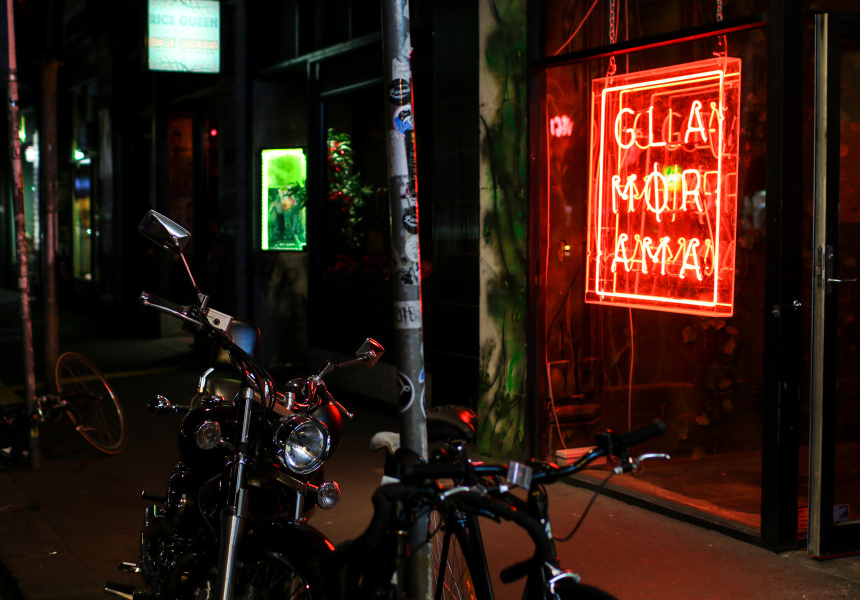 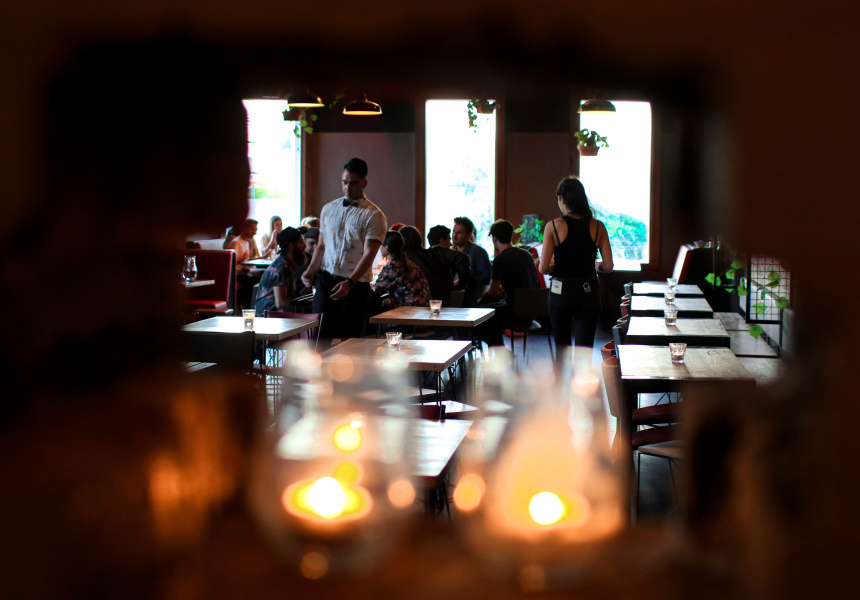 The people behind the South Yarra bar Less Than Zero and touring agency Novel run this nightclub with a 5am licence, where house and techno are the usual soundtrack.

The audio company behind Strawberry Fields Festival, Rainbow Serpent and Let Them Eat Cake installed the venue’s Funktion-One sound system – basically the Ferrari of club speakers. Regardless of whether you’re huddled in a perimeter booth or taking a breather in the open-air light well, it’ll rattle your bones.

It’s a strange combination, really. We’re yet to find a whisky enthusiast who’d willingly drop $25 on a dram of 19-year-old Glenfiddich, just to enjoy it on a packed 3am dance floor. The basic pours, such as Captain Morgan and Stolichnaya, seem more suited to the task.

Before the dancing starts, fuel up at the in-house kitchen, Spare Me. The straightforward menu features a range of three 150-gram beef burgers; and one each of pulled-pork, chicken, mushroom and haloumi. Sides include fries, chicken ribs and a few greens.