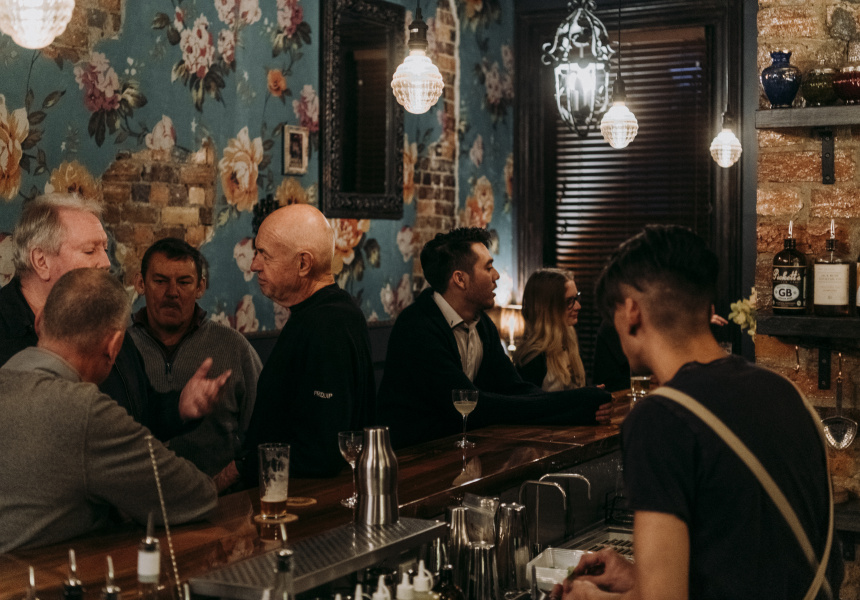 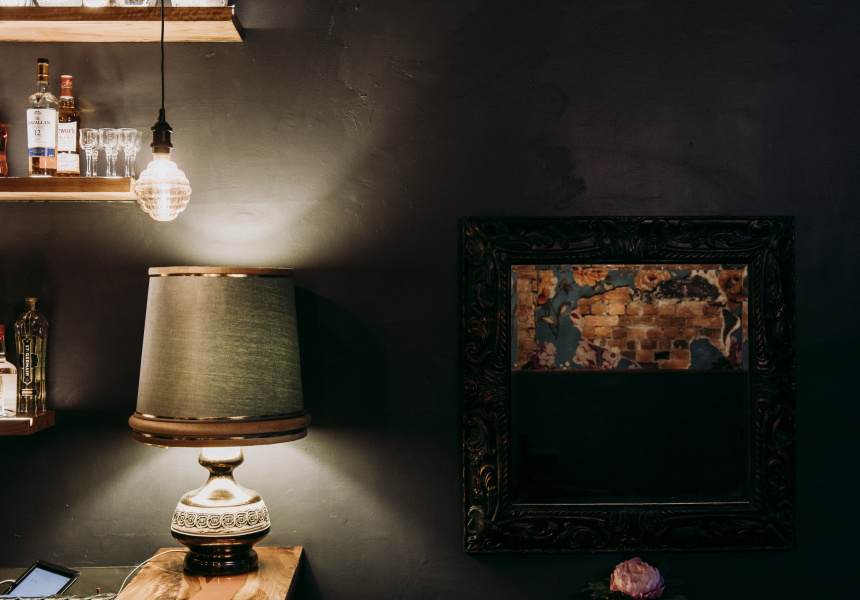 “The end cannot justify the means, for the simple and obvious reason that the means employed determine the nature of the ends produced.”

So said English novelist and philosopher Aldous Huxley. The idea – doing something right and naturally getting the best results – sits at the heart of this Gertrude Street cocktail bar.

Ends & Means was fitted out almost entirely by owners and friends Marc Frew (formerly of Windsor’s Lover and Bosozoku) and Josh Hunt.

Hunt looks after prep behind the scenes, while Frew heads up the bar. Before throwing himself into cocktail-making, Frew worked as manager at city nightclubs La Di Da and Wah Wah Lounge, meeting Hunt while both were working at the latter. The waste output at these venues inspired the pair to focus on reducing the waste at their own bar as much as possible.

The beer is from local, independent breweries and is only available on tap – there’s nothing bottled here. The selection is small but covers a broad spectrum, from easy-drinking Philter Red Ale to Hargreaves Hill’s latest sour ale (fermented in Four Pillars gin barrels). Syrups – orange, nutmeg, pineapple – are made in-house.

Frew was making translucent Espresso Martinis at Bosozoku. Here, he’s designed a chilli-coconut Margarita, with 1800 coconut tequila, fresh lime, agave and chilli. The Espresso Martini is made with cold-drip coffee, topped with a maple-coconut foam. A textbook Manhattan is lifted with a touch of star anise smoke, and the Floral Negroni – Archie Rose dry gin, sweet vermouth and Rinomato Aperitivo – is served over hand-cut ice.

The menus and coasters were made using scrap plywood leftover from the bar build – it’s made from a 130-year-old elm tree that Hunt and Frew say was struck by lightning in the Botanic Gardens, with a beautiful copper resin treatment on top. Below it is reclaimed pressed tin, enhancing the comfortable worn-in feeling the whole room evokes. The crumbling rendering on the wall – “encouraged” by Hunt and a hurled brick – reveals bare brick underneath, while what remains is covered by floral wallpaper.

Outside, there’s a small rear courtyard to catch the sun, and Hunt and Frew intend to add decking in the near future.