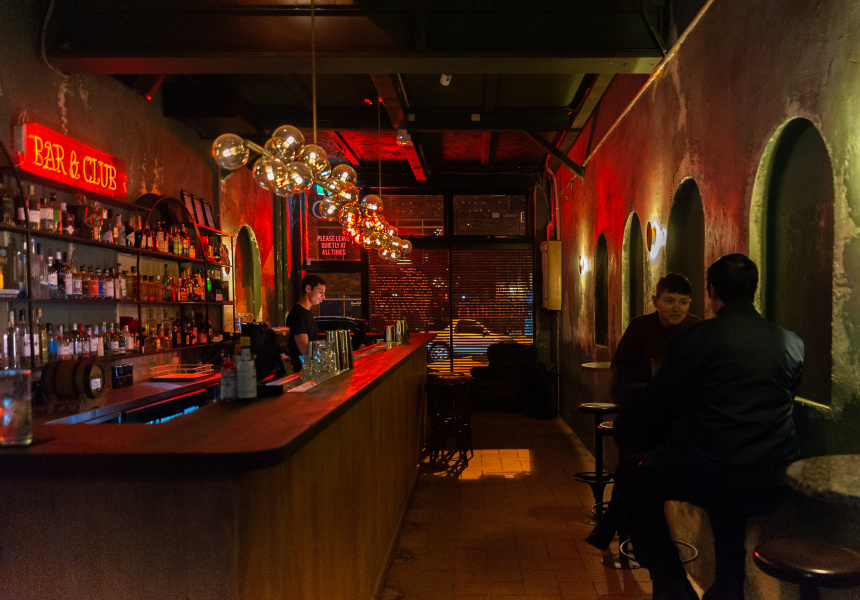 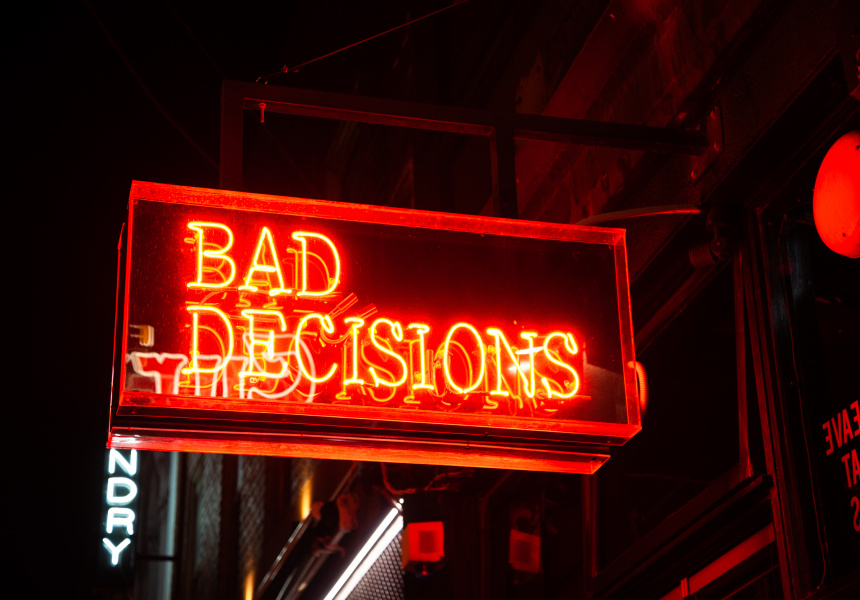 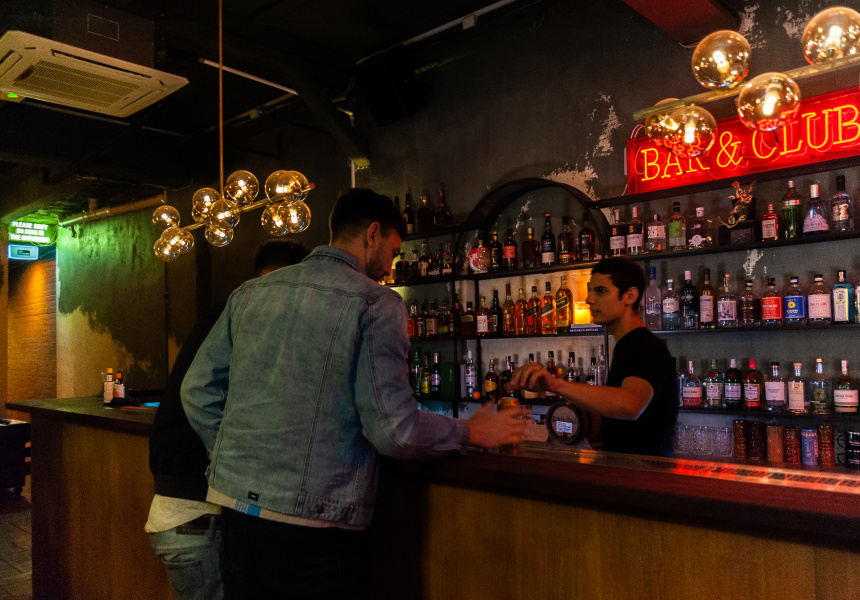 Following the glow of a neon-lit “Bad Decisions” sign into Fitzroy’s newest neighbourhood bar feels a little irresponsible – but it isn’t. Despite the name, a large portion of the drinks list is booze-free, and walking into the cosy space feels like the right choice. It’s welcoming and lived-in, like it’s been your local for years.

co-owner Dave Barrett and his wife Tina know the area well. They own Laundry Bar next door, and George’s Bar a little further down the road. In its former life, Bad Decisions was Spanish tapas bar La Sangria, and there are flashes of its existence peppered throughout in recycled bar stools, more neon signage, the original wooden bar top and the faded words “La Sangria” painted on the floor in front of the fireplace.

But plenty's been added, too. Gone are the wall-facing bench seats. In their place, custom-made terrazzo table arms (designed by Adelaide’s Studio Mignone) peek out from the wall. Thanks to specialty painting company Mock Turtle (The Espy, Sonny Chiba, Cafe Louis, DOC), the walls have a worn, aged look, with peeling paint adding to the comfortably shabby feel of the place.

The drinks list is broken into three sections: “No Booze”, “Lil Boozy” and “Boozy AF”. Go sans-alcohol with the Homestyle Lemonade (lemon juice, lime juice and egg white), take it up a notch with Fairy Park, made from fairy floss liqueur, green Chartreuse, lime juice and orange bitters, or go all out with The Broadside, a rum, citrus and pineapple combination with a hint of vanilla. Tinnies of IPA, draught and pale ale come from Colonial Brewing Co, and there’s gluten-free beer from Two Bays. 500-millilitre cans of Radicale are made by Barrett’s high school friends Aaron Turner (Igni, Hot Chicken Project) and Trent Haverkamp.

Unlike Laundry, which has a rap, hip-hop and R’n’B focus, music is a bit of an afterthought here. You’ll hear everything from AC/DC to Will Smith to Fleetwood Mac.