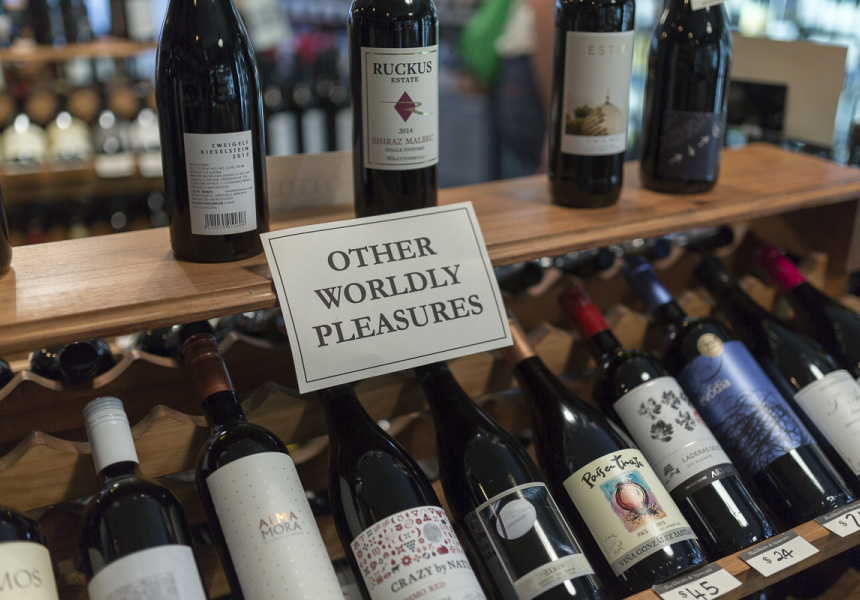 Blackhearts & Sparrows was created as a retort to the common assumption that a good wine must be expensive and that specialty wine stores are run by pretentious and intimidating staff. Brother and sister team Paul and Jessica Ghaie are anything but.

Aiming to present the often overwhelming world of wine (craft beer, ciders and specialised spirits) in a new and very accessible light, the pair is clearly on a good thing: each of its seven stores (and counting) creates a welcoming environment that encourages you to ask questions, gain some knowledge and try something new.

Blackhearts & Sparrows prides itself on sourcing only the best wine, eschewing the more generic and mainstream options with a keen focus on independent Australian producers and a thoughtful international selection. Its beers are carefully selected from both local and international brewers, while the spirits tend to be high end or unusual.

Believing that sharing and drinking alcohol should be an experience, the team try and taste each selection before it hits the shelves. Suffice to say, if it’s not good enough for them to drink, then they wouldn’t want you to drink it either.