Your Guide to VAMFF

Glitz and glamour, plus events that will make you think. 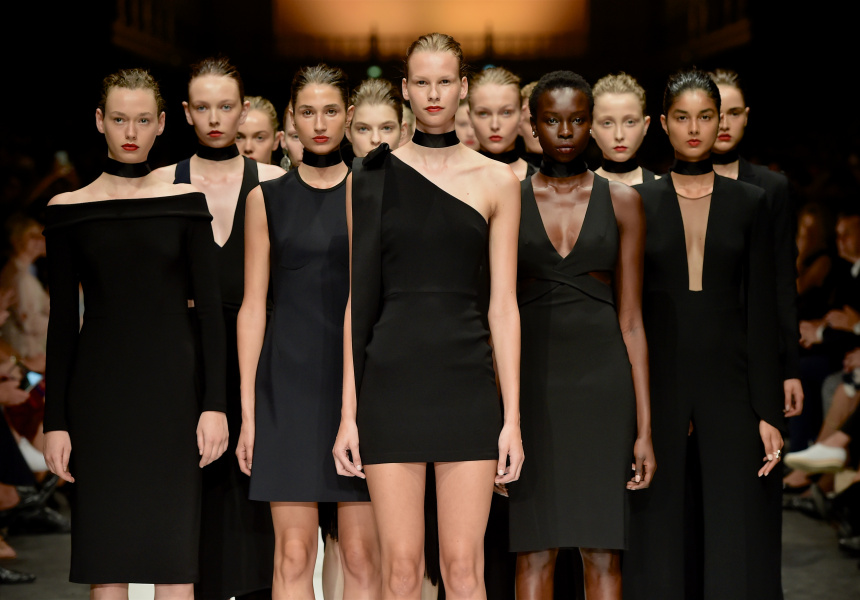 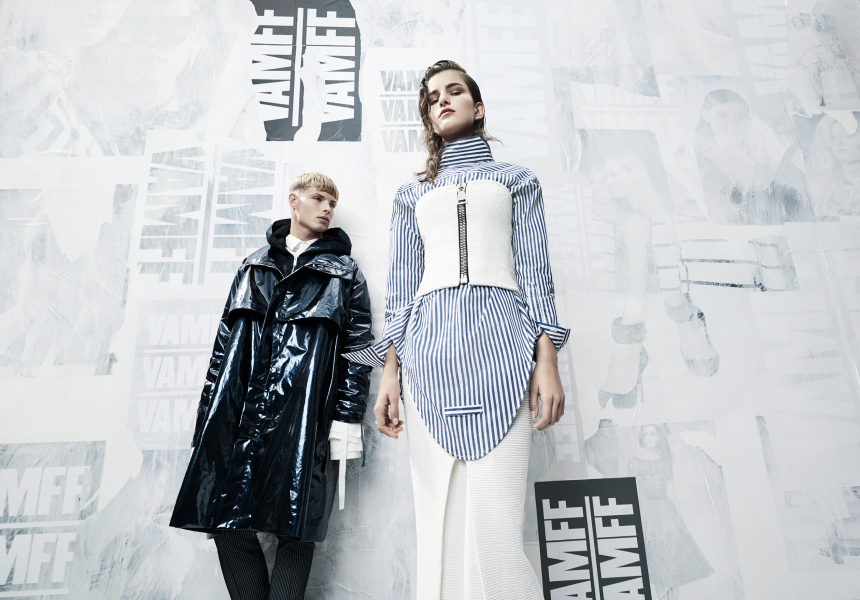 The annual Virgin Australia Melbourne Fashion Festival is just under a month away. Now in its 21st year, VAMFF is bigger than ever, with events happening over 18 days.

The premium runway features leading Australian designers including Dion Lee, Romance Was Born and Strateas Carlucci, rising stars such as Macgraw, as well as a troupe of local labels including Melbourne’s Kuwaii, Kacey Devlin and Bul. A bunch of off-site, self-produced fashion shows will also take place around the city.

But there’s so much going on outside the runways. The festival features a packed calendar of exhibitions, talks and forums, film screenings and of course, parties.

Grab your diary. Here are our highlights.

Global Indigenous Runway
In this runway, First Nations designers from around the world translate their indigenous heritage into garments. The show will feature a collective of Australian Aboriginal, New Zealand Maori, Native American and Pacific nations designers. Last year, we saw audacious prints from Queensland designer Arkie Barton and hand-painted silk dresses by Melbourne’s Lyn-Al Young. This is fashion from a perspective we don’t often see. Tickets from $35
Saturday March 18, 3pm–4pm. Melbourne Museum.

Mr Simon Says… Goodbye
Back in the early 1960s, when it was not only controversial for women to wear pant suits, but enough to ban them from restaurants and clubs, Melbourne designer Simon Shinberg rocked up to venues with a group of models in his pantsuits to make a point. His stunts were just a highlight in a career spanning four decades. Five years after his death, this show will celebrate his body of work. Tickets from $35.
Sunday March 5, 3pm and 7pm. Brighton International.

Face + Masks
A figure dressed in animal fur, face obscured by what looks like a wilting feather duster, stands alone against an infinite snowy backdrop. This is one of many mysterious photos by Greek artist Nikos Vavdinoudis that will be on show at Melbourne’s Hellenic Museum. Faces + Masks features the costumes of eight villages in rural Northern Greece and the obscure and ongoing rituals surrounding them. This is a free event.

High Risk Dressing/Critical Fashion
For one month, the Design Hub will transform into a set referencing Melbourne’s Fashion Design Council – a collective established in the 1980s to promote avant-garde Australian fashion. Contemporary fashion presentations, performances, films and residencies will be held in the space, while a video and photographic archive of the FDC’s vibrant performances (often held in night clubs) will also be on display. This is a free event.
Friday February 17 to Saturday March 18. RMIT Design Hub.

Madame Serini Collection
Get up close and personal with the work of Italian designer Madame Serini, who came to Australia from Italy in 1950, later setting up her own fashion label and salon in Toorak. She became known for bringing luxurious European fabrics to Melbourne’s elite. The Immigration Museum will show five pieces from Serini’s collection, including a floor-length pink cape with gold thread detailing. This is a free event.
Wednesday March 1 to Saturday March 18. Immigration Museum.

Future of Fashion
If you can’t make it to the National Graduate Showcase runway, this is your only other chance to see the finalists’ work. In addition to the innovative designs on show, there’ll be food and drink pop-ups as well as live entertainment. This is a free event.
Tuesday March 14 to Sunday March 19, daily 5.30pm–11pm. Festival Plaza, Melbourne Museum Precinct.

Soxhibiton
An exhibition of socks because … who doesn’t love socks? The Social Studio designers worked alongside Melbourne artists including Kate Beynon, Alice Oehr, Phil Ferguson and many more, to create a range of woven socks each displaying a different artwork. This is a free event.
Tuesday March 7 to Saturday March 18. Fortyfivedownstairs.

Lisa Waup x Verner
Local fashion label Verner has teamed up with award-winning Gunditjmara and Torres Strait Islander artist Lisa Waup to create a window display of art and wearable garments that call on themes of gender and history. Waup is known for her weaving style, and designer Ingrid Verner for her irreverent approach to fashion. Both find common ground in exploring the Australian identity. This is a free event.
Wednesday March 15 to Sunday March 19. Craft Victoria.

Wear Me
Thursday March 2 to Sunday March 19. Tinning Street Presents.
Ever wondered what a t-shirt looks like unravelled? In this exhibition, Kate V M Sylvester de-threads a collection of garments and suspends them in the gallery space. The result is a mesmerising look at the composition of single t-shirt. This is a free event.

Sequin-Savvy: A History of Calisthenics Fashion
Calisthenics isn’t just something your mum sent you to after school – it was also once a fitness craze that swept Melbourne during the mid-1800s. This look into the history of calisthenics fashion traces society’s evolving view of the sport, while simultaneously exploring the costume changes from Grecian gowns to modern leotards. This is a free event however RSVP is required.
Thursday March 9 and Saturday March 18. State Library of Victoria.

Fibre and Fashion Film Series
The National Wool Museum in Geelong is screening three documentaries. Patterns of Freedom looks at the weaving traditions and traditional folk dress of Estonian immigrants, and Yarn is about the artists redefining the knit and crochet, from wool graffiti artists to designers and circus performers. Alex James: Slowing Down Fast Fashion follows the Blur-bassist turned cheesemaker, as he takes a critical look at the fashion industry, and its human and environmental costs.
Wednesday March 1, 8 and 15. National Wool Museum.

A Good Evening: How Fashion Can Empower Women
A panel of fashion experts, including fashion journalist Clare Press, Sigrid McCarthy from Ethical Clothing Australia, Kuwaii designer Kristy Barber and co-found of ethical producer Freeset, Jeff Ward will talk about how the fashion industry can be a force for women’s empowerment, at all levels in the chain of production. Tickets from $50.
Thursday March 2, 7pm–9pm. Sun Moth.

Fictional Characters, Fashion Icons
How does a character in fiction become a fashion icon? Why describe certain styles as being very Breakfast at Tiffany’s or Gone with the Wind. Going back to the source, the stories themselves, let’s meet some of these icons as they first appeared on the page. Tickets are $20.
Thursday March 2, 2pm–3pm. The Johnston Collection. 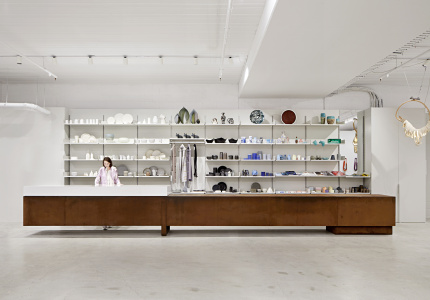