Why You Should Care About Fashion Revolution Week

The worldwide event asks consumers to be more conscious, and brands to do better. 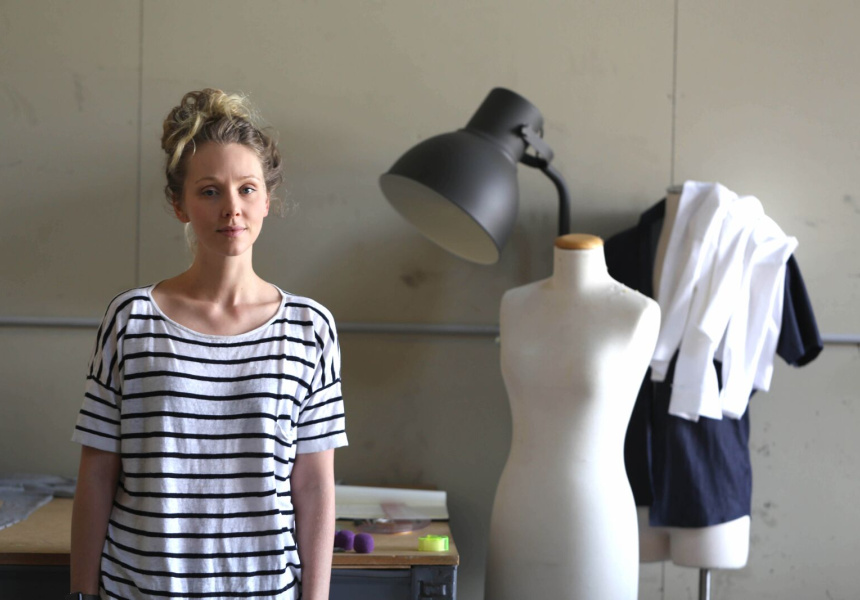 Before editors and models touch down in Sydney for next month’s Australian Fashion Week, both the global fashion industry and its millions of consumers will be asked to reflect on the human cost of fashion.

Next Monday is Fashion Revolution Day, an annual commemoration of the 1129 garment workers who died during the Rana Plaza factory collapse in Bangladesh in 2013. Since the tragedy, UK-based non-profit Fashion Revolution has run Fashion Revolution Week between April 24 and 30 each year. The initiative runs awareness-raising events around the world, pushing consumers to ask brands “who made my clothes?” and advocating for a more ethical and self-conscious industry.

Melinda Tually, the Australian and New Zealand co-ordinator of Fashion Revolution says she’s seen more and more local brands “jump on the transparency train” with more than 90 brands and retail groups around the world now publishing their supplier and factory list (including Jeanswest and the Cotton On Group).

But there are still many brands that remain quiet.

“One of the biggest concerns brands have about publishing supplier lists is competition and the risk of other brands using the same suppliers" Tually says. "We’ve actually found this doesn’t really happen, so if the world’s biggest brands like Zara and H & M are able to do so, we encourage other brands to join them. We do appreciate it is harder for smaller brands with small quantity orders who are reticent about losing a spot in a factory that is already full."

This year, Fashion Revolution is encouraging brands to look into the wage issue.

“There’s a difference between the minimum wage [set by countries] and the quality of life the living wage affords,” Tually says. “The minimum wage often isn’t enough to cover someone’s nutritional, health and education needs. It’s difficult to settle on a common living wage across the world but it doesn’t mean brands can’t be trying.”

If you’re curious about which brands have revealed their suppliers and how they rank, you can search them in the Baptist World Aid’s latest ethical fashion guide.

As part of Fashion Revolution Week in Melbourne, local designers Courtney Holm of A.BCH and Esther Kirwan of Theo the Label are holding a mending workshop. This Saturday’s Care Repair Wear workshop will teach students basic hand-sewing skills over a couple of beers and glasses of champagne. Techniques include how to repair split seams, sew on a button and darn knits. Tickets are $15 and all proceeds will be donated towards Fashion Revolution.

Holm and Esther are passionate about minimising waste and extending a garment’s life cycle through upkeep. “We want to make a closed loop – make a good item that lasts, have it washed, worn, and then repaired when it breaks down,” Holms says. “Part of the aim is to make sure people put value in clothing.”

Elsewhere in Melbourne, two women are starting an ambitious online business that aims to prevent clothing going to waste. Brooke Baria and Rose Duong’s site The Clothes Loop will allow customers to buy clothing direct from their site and later swap items with other users when they become bored.

The site keeps a log of what users have bought (along with RRP prices and condition reports). So if, for example, you’re interested in a dress, you’ll also be alerted to other users who have bought the same dress. From there you can either buy the dress brand new, or direct message someone to score the secondhand version through a clothes swap of similar or equivalent value.

“A great example is the way Amazon treats post-consumer secondhand books,” Duong says. “You can buy the new book, the Kindle version, or the secondhand copy. I thought why don’t we make it not about buying and selling but about swapping instead?”

Duong and Baria have launched with a price-friendly and youthful collection of clothes they’ve sourced from wholesalers. The big plan is to eventually sell their own collection (Baria is a fashion designer) and add a functionality to let users swap items not originally purchased on their site.

“Often people only wear an item once or twice,” Duong says. “That’s the nature of the way people wear clothes. I think the benefit of this, as opposed to other clothes swapping initiatives, is that users will know when an item was bought, its original RRP worth, and its current condition. Then with that you can negotiate the best swap possible.”

The Clothes Loop is holding a party this Friday April 21 to celebrate its launch. More Fashion Revolution Week events in Australia here.