We Are Handsome Travels Across America

Australian fashion label We Are Handsome takes us on the great American road trip with their nostalgic Summer 2012 collection, dubbed The Streets. 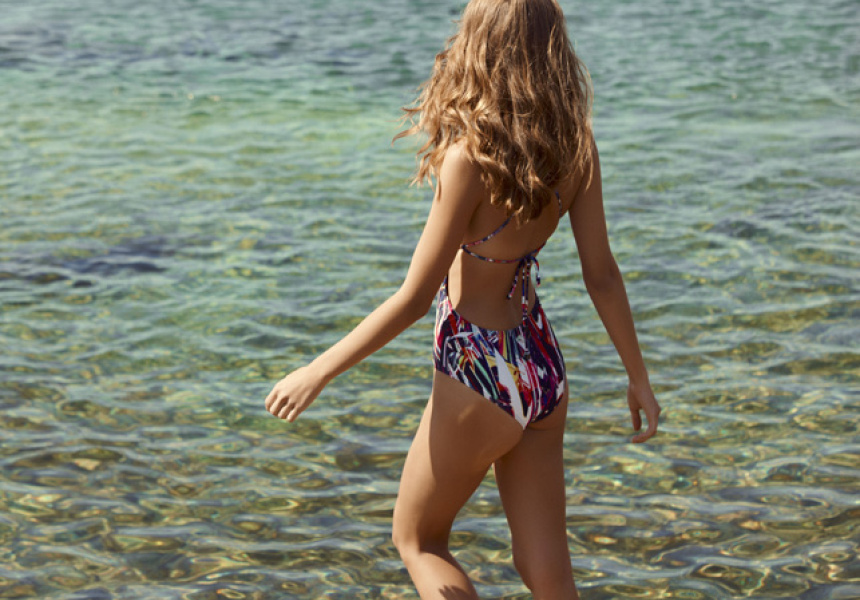 Having garnered a strong local and international following for its print-crazy swimsuits, We Are Handsome continues to expand its canvas with a Summer 2012 collection that includes neo-50s bikinis, a silk maxi dress and a long-sleeved bodysuit. Vintage cuts are updated with bold statement prints to create a wearable paradise imbued with the savage and the sublime.

In a first for the label, design duo Indhra Chagoury and Jeremy Somers have collaborated with artists to create two of the nine prints in the range. Sydney photographer Trevor King and Scottish mixed-media artist Christine Berrie have co-created images inspired by enduring American iconography. A bikini and bodysuit named The Motel sets the scene, with Mojave Desert palms flanking the iconic Jetsons-style Roy’s Motel and Café sign on Route 66. This hyper-real print is composed from various photos King took on a recent trip to Las Vegas. Travelling from coast to coast, Berrie’s peach-hued boom boxes create ripples of ghetto glamour inspired by the 80s New York hip-hop scene.

Also in the collection is the futuristic digital print dubbed The Neons, which explores the night in a cacophony of kaleidoscopic colour. Tiger and zebra-inspired prints unleash themselves on one-pieces, while fluttery silk maxis further capture the sense of freedom that is the heartbeat of this label.