Vitsoe and Rams at Mud 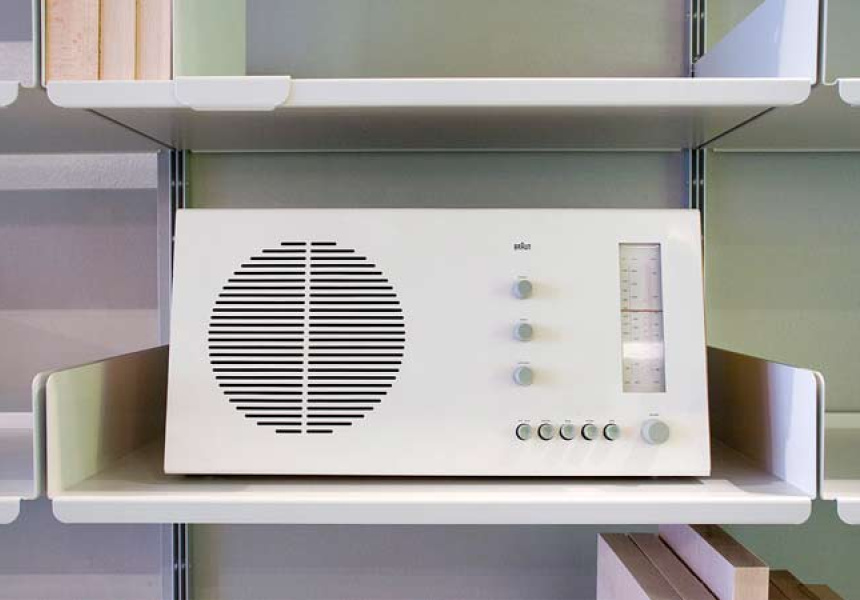 I am not going to lie to you: Dieter Rams is awesome.

He is probably my favourite industrial designer. Sure, his products – including coffee makers, calculators, radios, audio/visual equipment and many of Braun’s consumer electronics – are amazing and endlessly influential (just ask Jony Ive from Apple) but it’s not for these reasons that he rises to the top; not just these reasons anyway. Dieter Rams is my favourite because he’s a good guy. His ethics and ethos sit comfortably next to one another and he espoused ideas of sustainability and flexibility as far back as 1960, when they sounded like a good ideas, not last minute reactions to impending doom or marketing buzzwords.

Nothing in this German designer’s illustrious career spoils the whole. The key to his work is consistency and its success has been its uncanny ability to be ageless, even when the technology employed at the time continues to be surpassed. Recently, I was quietly bowled over while visiting a relative in hospital when I saw that her clock was the Braun AB 1 Alarm Clock* from 1987. Although more than 20 years old, it can’t be beaten for simplicity, funcitonality and style.

Rams’ designs are so ubiquitous, so common and everyday, that we forget their beauty and their role in our life. And his quiet design ethos is so significant and influential that we forget to notice his impact. But, of course, that is what really, really good design does.

Dieter Rams doesn’t design to make a product look like it’s modernist or ‘designer’ – and that’s the key difference with so many designers and why his designs can be used in so many interiors and situations where they neither scream for attention nor fade into the background. It is perfect design.

Add Vitsoe’s ethos of longevity and sustainability and you have a product and a company that stand out because they only want you to buy their goods once and take them with you when you move, maybe adding to it as you grow. They are also adamant about cost and for the time, effort and production values the 606 and the 620 are relative bargains.

Mud Australia, maker of astonishingly beautiful ceramics in colours you thought only existed in dreams, are the sole importers of Vitsœ in this country and very coolly and thoroughly display their beautiful wears on Rams’ shelving system in their new store on Gertrude Street.

Make sure you catch a glimpse of the back room where a mock living area and bathroom has been set up, complete with Braun stereo and speakers. The whole store has been tastefully executed by Universal Design Studio, exhibiting all the traits and characteristics of Rams’, and a few of their own.

You will want everything you see, but don’t get everything at once; I want to at least feel special for a while.

*Though actually designed by Dietrich Lubs, the AB1 is considered part of Rams’ oeuvre. 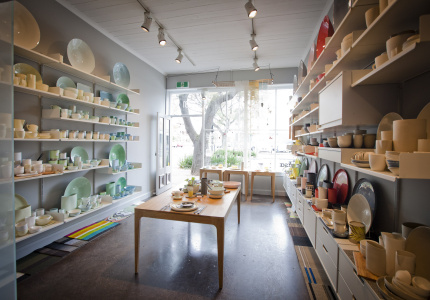