Josh Goot made a quiet statement in celebration of his label’s 10th anniversary, while the National Graduate Showcase showed that the future of the Australian fashion industry is in intelligent hands. 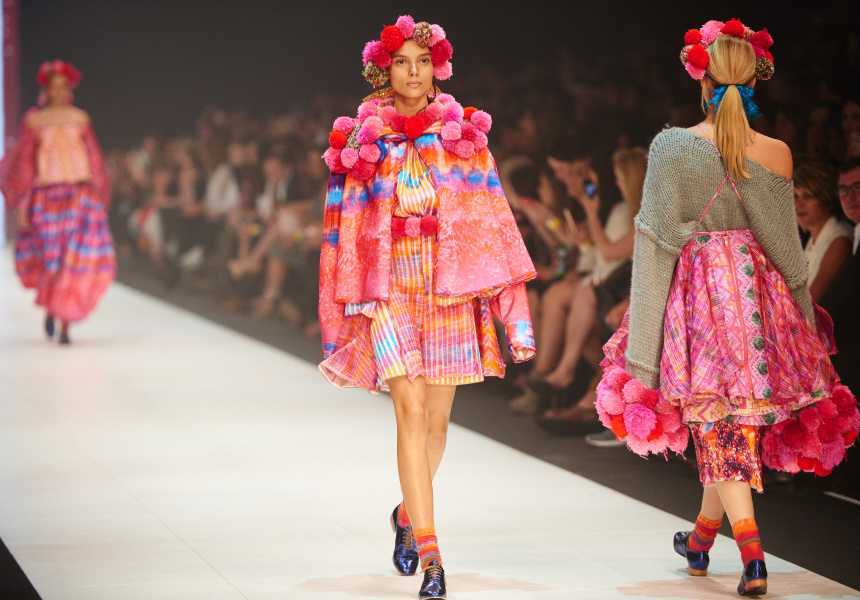 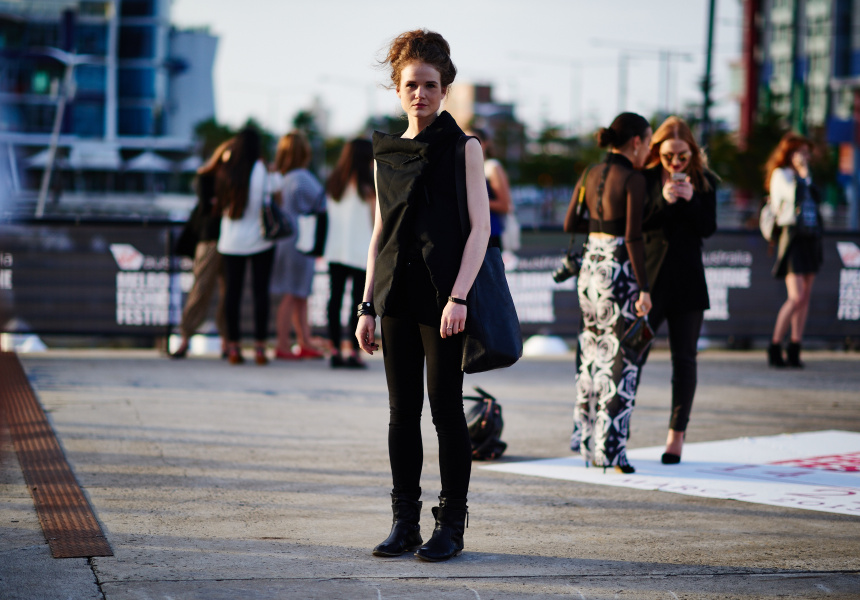 Last night’s shows at the Virgin Australia Fashion Festival were two very different beasts. In a nice bit of scheduling, a showcase of a respected designer who has been in the business for 10 years was followed by a sampling of what Australia’s young and emerging graduate designers are up to. Of course, no festival programmer could have known that the shine would come off this lovely contrast when Goot announced that his business had gone into voluntary administration (although he declared last week he was now back on track). Perhaps in acknowledgement of his recent financial difficulties (and, thankfully, his emergence from them) Goot’s show was strangely subdued.

Last night’s Grand National Showcase seemed deliberately low key, and it was clear Goot – and his stylist Mark Vassallo – just wanted to let the clothes do the talking. Models came out almost bare faced; the music was simple; the lines were pure and clean. All the Goot signatures were there: the white shirting, the draped jersey (the material he was first famous for, before the neoprene became a hit), blurry digital prints, zippered racerback dresses, the Rorschach prints in acidic colours and the simplicity of cut (a few tiered, asymmetrical dresses were a surprise inclusion, given Goot is known for a rigid, structured silhouette).

Even the much-hyped appearance of Andreja Pejic (her debut runway show as a woman) at the show’s close was underplayed. She came, she turned, she walked back. No extended posing or mugging for the cameras: she was just another model on the runway, and if you’d looked down at your phone for more than a minute, you’d have missed her altogether. In a word: subdued.

National Graduate Showcase
Graduate fashion design showcases can often be a highlight of a fashion festival because they show emerging talents at the most fanciful stage of their careers, before the reality of commercial constraint has struck home.

Last night was no exception. There was a lovely balance of wearability and creative flights of fancy, suggesting that fashion-design students are getting a good understanding of both the business and artistic side of developing a label. Via video, each student explained their design inspirations and aesthetic approach, and they came across as an intelligent and thoughtful lot.

Donald Chung looked at the military, masculine uniforms of North Korea and rearranged them into modern, urban menswear. Vanessa Emirian’s sculptural, three-dimensional outfits nodded in the direction of Comme des Garcons at its most experimental.

These designs did something not all of the shows this week have managed to: given us a little jolt of surprise. This is what good fashion should do: provide a bit of drama, and extend our notions of what is possible and wearable. In a word: inspiring.

Highlight: Pretty much all of the National Graduate Showcase, which was fun, innovative and colourful.

Overheard: “How tall do you think Liz Cambage is? Seven foot? Eight?’’ The WNBA basketball player towered over everyone, including the six-foot-tall models in heels on the runway.