Hop on the free double-decker Topshop tour bus, stopping daily at the pool, the beach and the shop. 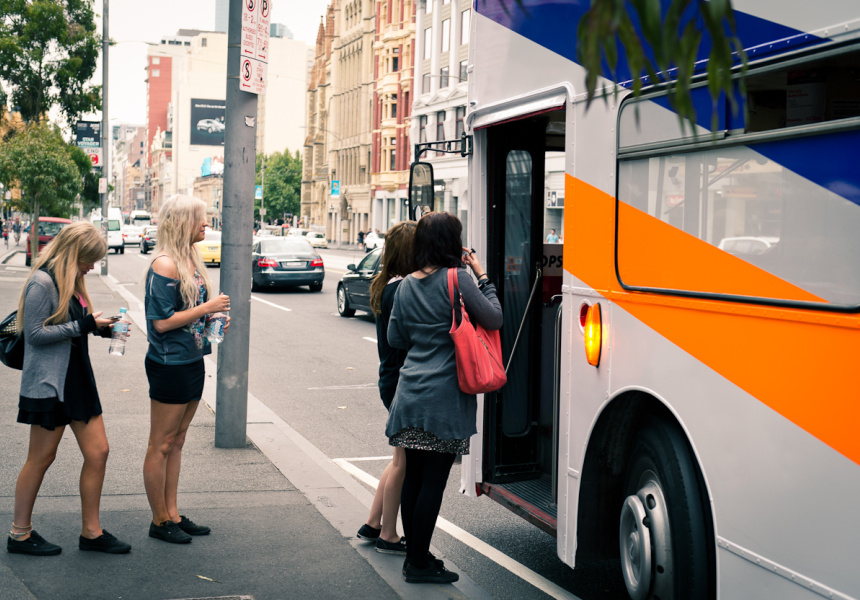 If you’ve seen a shiny, double-decker bus rolling its way through Melbourne this week, you’re not dreaming you’re in London. And why would you? It’s damn cold over there right now! What you’ve noticed is a distinctive, British, snub-nosed route-master that has been brought down under for summer – not to upgrade our current public transport system, but to move people around the city in style for free.

Driven to you by the guys from Topshop and Topman, the tour bus is offering complementary joy rides between Melbourne’s favourite summer destinations, including the Fitzroy pool, St Kilda beach, Federation Square and of course the new Topshop Topman store on Chapel Street.

Hop onboard the fluorescent orange, red and purple-striped double-decker to receive a bus pass that will not only grant you a free lift but will put you in the draw to win Topshop shopping gift cards daily.

Timetables are available in-store, and the Topshop Topman tour bus will Tweet regular updates of its location and route and where to hop on and off around the city.

The Topshop Topman tour bus will follow a summer touring schedule until February 24 in Melbourne.