Melbourne’s last hand-pleating workshop – and one of just a few left in the world – is keeping a time-honoured art alive. But it looks certain to go under, unless a crowdfunding campaign can save it. 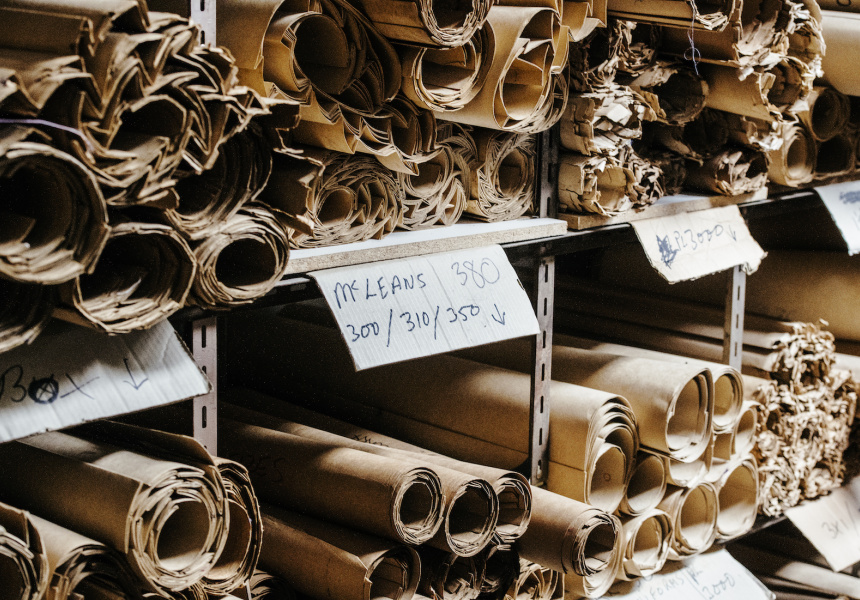 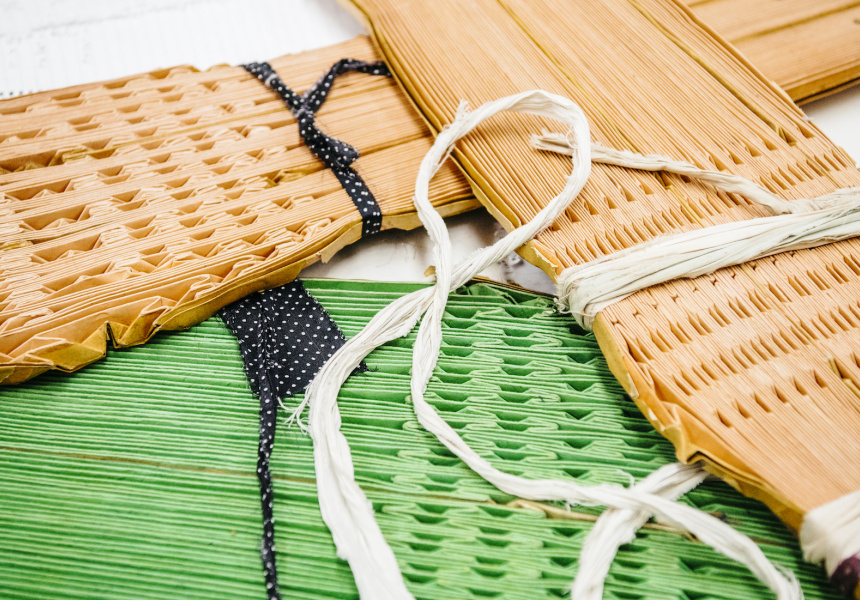 Down a quiet backstreet of Williamstown’s industrial district, an unremarkable warehouse holds more than 90 years of Melbourne rag-trade history. Three years ago, everything inside was headed for the tip. The business, Specialty Pleaters, had been mired by financial struggles after nearly a century of pleating fabrics for clients including designer Toni Maticevski, Le Louvre boutique and couturiere Kara Baker. Devastated by the potential loss, investment banker Simon Zdraveski took a punt and bought the business Since then, he’s been working overtime to keep the lights on at Melbourne’s last pleating business.

“Overheads are expensive and it’s hard to do things cost effectively here, but artisan skills are disappearing at such a rate that it would be crazy to get rid of this place,” Zdraveski says. He doesn’t come from a fashion background. Two and a half years ago, he was giving Specialty Pleaters’s previous owners business advice before he ended up taking over, taking pleating lessons in the handover. He became so enthralled by the beauty of the pleating process that he’s now a staunch advocate for its continuation.

Hand-pleating workshops such as Specialty Pleaters are increasingly rare in a mechanised world. Zdraveski’s business is one of two in Australia. In its prime, Specialty Pleaters employed between 30 and 40 workers – now, only Zdraveski. Mark Rado, owner of Rado Pleating in Sydney, grew up in the business. He estimates that during pleating’s heyday in the 1960s, there were up to 20 workshops in Sydney and as many in Melbourne.

In 2013, Chanel bought Atelier Lognon, one of Paris’s last hand pleaters, in order to save the skills and knowledge of its aging owner. But in Australia, fairytale fashion stories are harder to come by. Despite the difficulties, Zdraveski is hopeful he can share the “sheer elegance” of pleating with others to ensure its survival in Australia. Going against the grain of rag-trade secrecy, he is keen to show the pleating process to anyone interested. “If you don’t show anyone, how are they going to know about it? To see that you can do something here like Dior or Gucci in a small workshop is amazing,” he says.

There are two main methods of pleating fabric at Specialty Pleaters: by machine and by hand. It’s the latter method, still used by European fashion houses today, which is especially mesmerising to watch. Zdraveski demonstrates by unfurling a sunray mould – two large sheets of concertina cardboard that fan out across the bench. He inserts a piece of fabric between the sheets so that it takes the shape of the mould, then carefully rolls up the mould and places it in an industrial steamer to set the pleats.

Sunray pleats, which are narrow at the top and wider at the bottom, are often used to create a fan effect in skirts. There are countless more complex pleats, made using the hundreds of one-off, origami-like moulds stored in the workshop. The machines are used for large runs of simple parallel pleats, though Zdraveski argues machine-made pleats will never be quite as sharp as those made with the hand moulds. “This has generally always been father-to-son stuff,” he says. “There’s no specific trade course for it. It’s always been a family-oriented type of business, so a lot of places suffered from lack of succession planning.”

The Maroney family founded Specialty Pleaters in 1925. In the ’60s and ’70s, the business pleated thousands of school uniforms, in addition to orders from Australian fashion brands. But by the turn of the millennium, those clients were dwindling. Trade liberalisation in the 1980s had knocked down prices of imported clothing, so Australian brands went offshore to remain competitive.

Often associated with luxury, pleating has never gone out of style. Pleats are the focal point of Issey Miyake’s Pleats Please line, which launched in 1989 and remains in hot demand today. They’re also integral to the futuristic aesthetic of designers such as Iris Van Herpen and Dion Lee. But the reality is, not enough clothing is made in Australia to sustain Zdraveski’s business.

Zdraveski still doesn’t take home a salary. He’s gotten the business to a point where it pays its overheads, but without the bread and butter clients such as schools, there isn’t enough seasonal fashion work to be viable. Zdraveski was on the cusp of calling it quits late last year until designer Penelope Gibbs of luxury ready-to-wear label Hokum convinced him to give it one last shot with a crowdfunding campaign.

“I don’t think people realise that once all of these skills go offshore, you can’t get them back,” Gibbs says. Renowned designer Toni Maticevski has called on Specialty Pleater’s services for two decades. “With as much effort as we can muster, we have been throwing work their way to keep them afloat,” he says. “This is where larger organisations who work in costume and interior design also need to find value in this craft.”

Zdraveski thinks the only way forward for dying crafts like this is a combined effort from the fashion industry, fashion schools and government funding, rather than a purely commercial model. One of his dream scenarios would see disused buildings offered at a low rent to specialists in the textile trade; these could be one-stop shops for designers looking for key auxiliary services such as beading, embroidery, leatherwork and, of course, pleating.

“I’ve tried everything I could possibly try to preserve this art form for nearly three years,” he says. “Our struggle is symptomatic of a greater problem of continuing skills in Australia. We need new people, new energy and ideas. I would urge anyone who has ever used a pleat workshop in Australia over the last 90 years to chip in five bucks to help preserve it.”