A new, locally made clothing label that won’t break the bank. 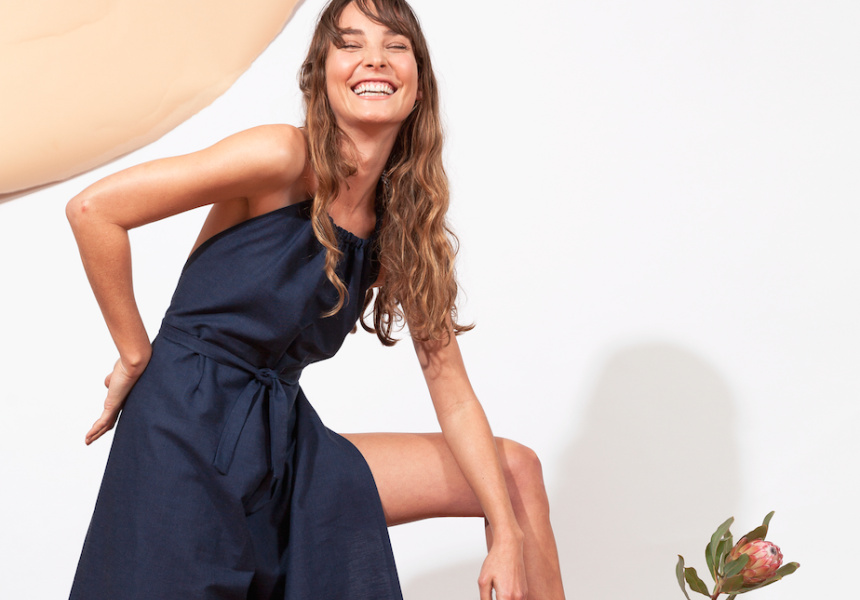 Sister Studios is a start-up label filling the affordable, locally made fashion void. Like most small labels, designers Emma Cutri and Alice McIntosh started making clothes just for themselves and friends. But it wasn’t long before word spread around town (read: a social-media frenzy happened) and their operation became a fledgling business.

“We started Sister because we both wanted something individual and locally made, but not too expensive,” says McIntosh. “I’m a sculptor, Emma’s a student – we wanted to make something for people who are conscious about where they’re buying from, but can’t necessarily afford to buy heaps of designer clothing.”

Conscious consumers will appreciate Cutri and McIntosh’s production philosophy – the duo likes dead-stock fabrics (which the two of them hunt down in the outer suburbs of Melbourne). They also work closely with a seamstress in South Yarra to keep things local. “We both like vintage clothing and the ‘70s,” Cutri says. “So using dead stock and old, last-run fabric is like recycling in a way.”

Like other emerging labels, the pair is happy to keep things online for the moment. Not being reliant on stockists means traditional fashion seasons don’t apply – they can design something new whenever they feel, and keep older styles available indefinitely.

It helps that their turnaround is pretty quick; it takes around a month from design to product. “It’s easier to constantly just make what we want,” Cutri says. “We both have short attention spans anyway.

“We want to make things and trickle them throughout the year,” adds McIntosh. “We don’t feel connected to the fashion industry.” 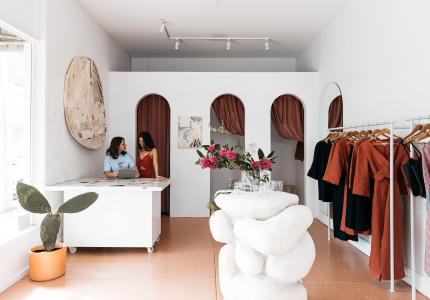