Sewing the Seeds of Success at The Social Studio

Clothing store and fashion school, The Social Studio, has brought much more to Smith Street than innovative clothing. They launch their latest collection tonight for Fashion Week. 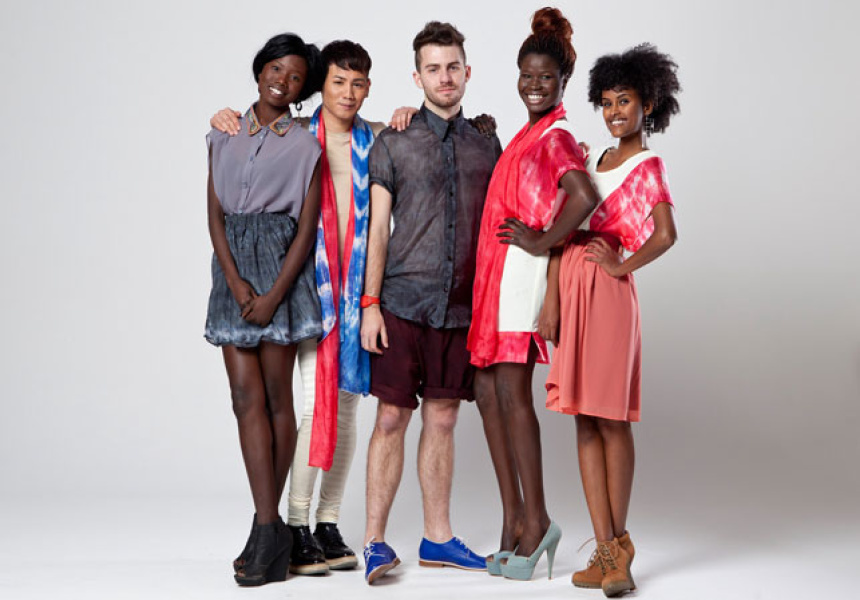 At the Gertrude Street end of Smith Street, a quiet revolution is underway. Wander into The Social Studio, a retail space that is adjoined by cafe The Cutting Table and it may not seem so obvious. Like most clothing stores, the space is designed to showcase what hangs on the racks – in this case, quirky designs made from rich fabrics that are colourful and individual. It’s obvious the clothes in The Social Studio aren’t mass-produced; the artisan quality is apparent when you finger the fabric and take in the design.

But if look a little closer, there is a story behind the garments on display here. The Social Studio was founded in 2009 by a small collective of creative’s who had worked extensively with people from refugee or migrant backgrounds. “We had realised that people weren’t really giving them a go in the workplace,” says Social Studio general manager Trudy Hairs. “And, it’s pretty obvious that young people are enthusiastic about fashion and creativity and that jobs are a big issue [for people in those communities]. The Social Studio is a marriage of those ideas and it’s been a fantastic success.”

Two years on, the program has welcomed more than 90 students, hailing largely from Horn of Africa countries like Sudan, Somalia, Ethiopia and Eritrea, as well as Sierra Leone, Liberia, Sri Lanka, Afghanistan and The Philippines. The outfit trains and employs migrants and refugees in various aspects of the fashion industry, from retail and sewing skills to pattern making and English as a second language.

But the business’s success has come not off the back of its story, but the quality of its output. “We don’t promote ourselves as a community organisation,” says Hairs. “We look and feel like a business. We want people to come into the shop because they like the clothing and they want to spend money on it, not because they want to be generous.

“It’s really important that we’re not playing to people’s sense of obligation. You buy the clothes because you want them and then you’ll read the story on the swing tag on your way home.”

The story is of a space that allows refugees or migrants to hone their skills in an area of interest rather than an area of necessity. Refugees can have difficulty entering jobs that allow them to pursue their passion, as they often find themselves filling the employment gaps of Australia’s skills shortages. The Social Studio provides a different approach. Students are recruited by word of mouth, based on skills learnt in their country of origin or their demonstrated creativity.

“The Social Studio came about through many years of working with the local community – mainly with the African community. But we’re not refugee-specific. It’s mainly about refugees or migrants struggling to deal with how mainstream training is delivered,”

The Social Studio design school operates in partnership with RMIT School of Fashion, but runs all of its courses out of the studio itself. There aren’t time limits on when students can complete the course and the school is flexible in its approach to attendance. Its progress has been swift and even Hairs is surprised by how far the organisation and its students have come in such a short amount of time.

“We started off with four or five students and about three machines… We’ve now got 20 students in the current round of the program and more than 20 machines,” she says. “In terms of our collection, the standard has just gone through the roof. The manufacturing expertise and design has really stepped up. And, then you have individuals who, even from the beginning of this year to now, have totally transformed.

“The thing to remember is that they’re doing it themselves. All we’re providing is a safe place that’s welcoming and flexible…that they can fit their lives around and they just flourish.”

To demonstrate exactly what their students can do, The Social Studio puts on an annual fashion show that’s part of the Melbourne Spring Fashion Festival. Today (September 8), The Social Studio will launch its spring/summer 2011 collection at The BMW Edge at Federation Square.

“Our fashion show is a crucial ingredient. We don’t do advocacy in the literal sense. Our fashion shows are when we show Melbourne who we are,” says Hairs. “They are a celebration. The students do everything to make the fashion show happen and it really showcases all of their abilities, which is a really important part of opening people’s eyes to the fact that they don’t need to feel sorry for these people. Just respect them and give them an opportunity.”

To see the breadth of talent that The Social Studio is turning out, get down to The BMW Edge at Federation Square tonight or check out the retail space at 128 Smith Street, Collingwood. 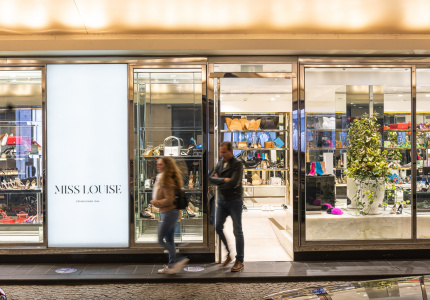