Sew This Pattern: From Tote Bags to Vintage Dresses 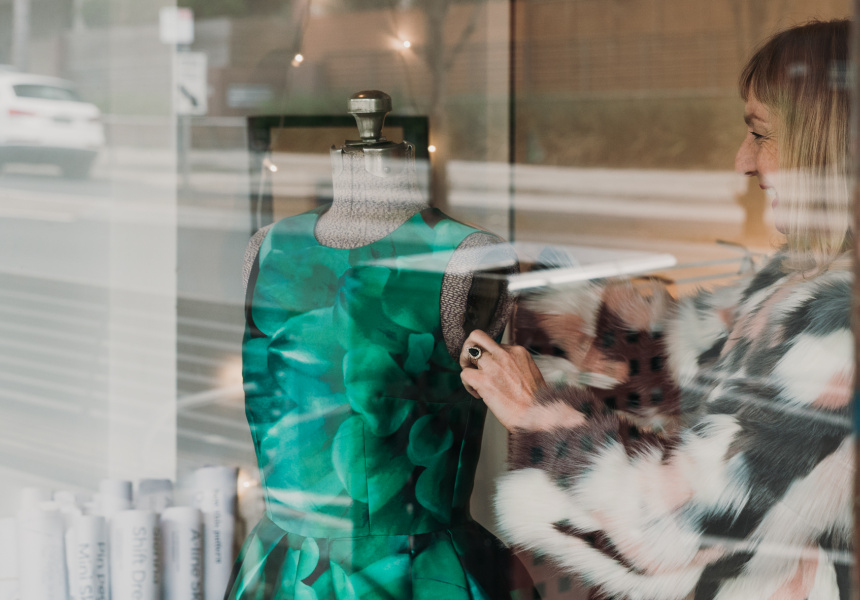 A product of the pre-fast-fashion era, Annie Mollison has been pattern-making and sewing since her mother taught her how to construct garments as a child.

After years working away at her home sewing table, Mollison launched Sew This Pattern online in 2011, selling PDF copies of her designs. The patterns were simple but required basic sewing skills.

“I’d just started getting back into sewing after having kids and noticed there was a community growing online,” Mollison says. “I built a really good relationship with a lot of other sewers.”

The site gave Mollison exposure as a patternmaker, and she was soon recognised by UK sewing magazine Make It Today; she won the Simplicity category of its Dressmaker of the Year Awards for a floral taffeta frock.

As Mollison became more involved in the industry, the social and environmental impacts of fast-fashion became increasingly apparent. Keen to revive sewing as a common artistic practice in her community, she opened a bricks-and-mortar studio in Elsternwick (next door to Ceramiqués pottery studio) in June this year.

“People care about where their clothes are made, how they are made and what they are made of,” she says. “This has led to a resurgence of interest in creating things by hand.”

Mollison is also a proponent of sewing as a therapeutic outlet. “The benefits of the therapeutic journey involved in hand making something [and] the rewarding feeling of creating are great ways to avoid and overcome stress and anxiety.”

Her classes are limited to five students, which leaves room for plenty of assistance and one-on-one instruction.

Beginner sessions take students – some have never threaded a machine before – through the basics: how to sew darts, straight stitch sewing and finishing off seams. Everyone walks away with a tote bag they made themselves.

In intermediate classes, students learn to make a piece of clothing, such as an A-line skirt or a kimono.

Students can bring their own patterns to advanced classes, or bring along half-finished work to complete, and Mollison helps them refine and build on couture techniques such as understitching, gathering and fitting. In one advanced workshop, students create a vintage day dress, cinched at the waist, with a flared, pleated skirt.

There are also weekend workshops, including a jeans intensive in November, fabric excursions and one-on-one lessons. Mollison also hosts a Sewcial Sewing night once a month, where “people are invited to sew as a group – or just drop in for a chat over a glass of wine and some cheese.”