The Scent of Tête-à-Tête

A range of scented candles inspired by iconic films. 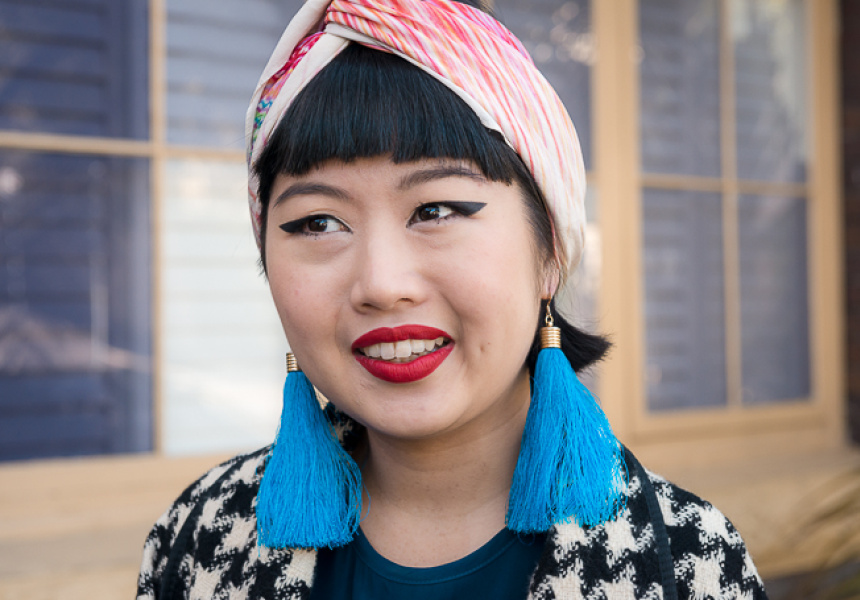 It was while watching the 1967 film The Graduate – in which Mrs Robinson, the archetypal older woman (played by Anne Bancroft), seduces a naïve, tremulous young man (Dustin Hoffman) – that Sydney-based candle-maker Vicki Kim first conceived the idea behind Tête-à-Tête and her first ever fragrant candle named for the film.

“When I watched the movie, there was a moment where I smelt the scene,” recalls Kim. “I felt a part of it. I felt like I was in the room with those two. It was really voyeuristic, like I was a part of that scene. That really stuck with me.”

With that moment of cinematic synaesthesia in the back of her mind, Kim went onto develop her first candle. She started by choosing the elements and trying to conceptualise the scent of the scene. The process, says Kim, requires a lot of brainstorming and her background in design helped her along the way. “It’s very similar, coming up with concept and drawing ideas,” she says. “I employ that same thinking in creating scents.

“Mrs Robinson is feisty, so she has to be spicy,” Kim continues. “So I picked something that would be very sexy, like cloves and black pepper. I used fern and tropical greens for Benjamin Braddock’s character, so it’s fresh and young and a little bit confused.” Amber, cedar wood and smoke, meanwhile, evoke the scene’s 1960s Californian interiors.

Kim has tried to capture the earthiness of Miss Havisham’s decaying house in her candle and, in particular, a “spectacular” scene in which the young Gwyneth Paltrow dances with Ethan Hawke in a room with a lush green interior. “[It’s] a little bit earthy,” explains Kim. “So it has patchouli and tobacco, oat moss and autumn leaves, and wet soil. It’s very fresh but also very heavy at the same time.”

In the pipeline is a candle paying homage to a character from Chinese film Raise the Red Lantern (1991). The third wife of a Chinese warlord, Meishan is a beautiful but jealous woman who meets an unfortunate end in the film. As for that particular scent? We can only imagine.