Off The Runway – Livia Arena 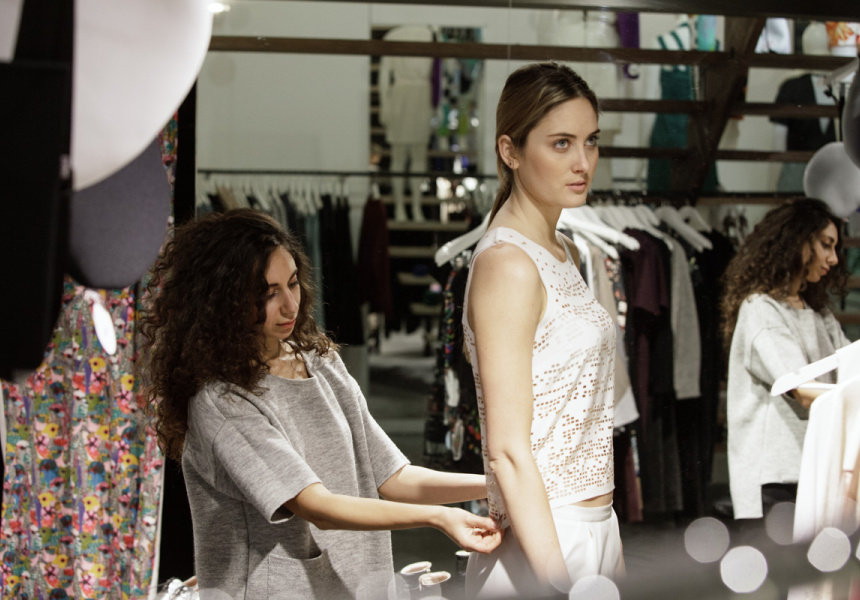 Lawyer-turned-designer Livia Arena meets us at Alice Euphemia. The talented designer (with incredible hair to boot) shows us some of her favourite pieces for summer and discusses the art of laser-cut fabric.

Jean Kemshall-Bell: Can you tell me about the inspiration behind your summer collection?

Livia Arena: It’s a study of character through fabric. The idea is I’ve used a laser-cut, which dissolves almost to reveal more of the wearer, just as character reveals itself as we get to know people. It was something that was born out of personal experience. I had a conversation with somebody that left me with a lot of questions, and I kind of got the idea that people make judgements based on what we give them… We can actually curate our personality in any one situation and we often curate it differently depending on the situation we are in.

JKB: What are some of the fabrics you have used?

LA: I’m always using silks. I’m always very partial to using natural fibres and a lot of silk blends. I find that when you blend silk with other fibres, it kind of almost enhances the performance of it. All of the laser-cut is done in a really heavyweight silk… It is also the first time that I have used a straight cotton, which is nice for summer.

JKB: Why do you think having a retail space is important? What does it offer customers?

LA: I’m a big champion for online. I think online is fantastic – I think it spreads the word faster and better than anything else. But I think you can never underestimate the value of having a good retail space with good customer service. I get a lot of enquiries where people email me with a question about sizing and to just be able to say: “Go into this store” and call up the store and say “This person is coming in” and they are treated really well – you can’t underestimate the value of having a personal interface. It also says something the value of the brand if you’re also stocked alongside other brands that you respect.

JKB: As a designer, how is having a retail space helpful?

LA: It provides a little bit of sanity. When everything is online you don’t know who your customers are, you don’t know where they have come from, you can’t send them a creepy email saying “By the way, how did you find me?”. I ferret away in my studio without speaking to anyone, so if you can go into a store and ask what’s moving, how are people finding the fit, and also just to know that at the end of the day the stuff I work on and make actually goes somewhere.

JKB: What is one of your favourite pieces from the collection?

LA: I really like the laser-cut because it has been a really hard and long process. I did a laser-cut last season and I think that although I don’t like the idea of having a signature thing like “You’re the laser-cut girl”, fashion moves so fast and if you don’t get a chance to do it again then you are putting all this energy in for a one-hit-wonder. So it was nice to experiment with it again.

JKB: What are some of your favourite Melbourne stores?

LA: For menswear, my boyfriend is obsessed with Swensk.

This is part of our MSFW Designer Retail Series where we visit Melbourne designers at their retailers in the city in conjunction with City of Melbourne’s Melbourne Spring Fashion Week which runs from August 31 to September 8 2013. 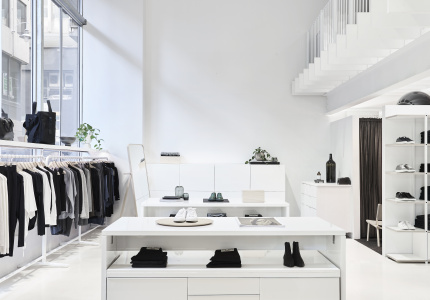