Right Hand Distribution and the Mythical Quality of Japanese Denim

In a tiny shop space in Captains of Industry, Right Hand Distribution is selling some of the best-quality cult denim labels you’ve never heard of from Japan. 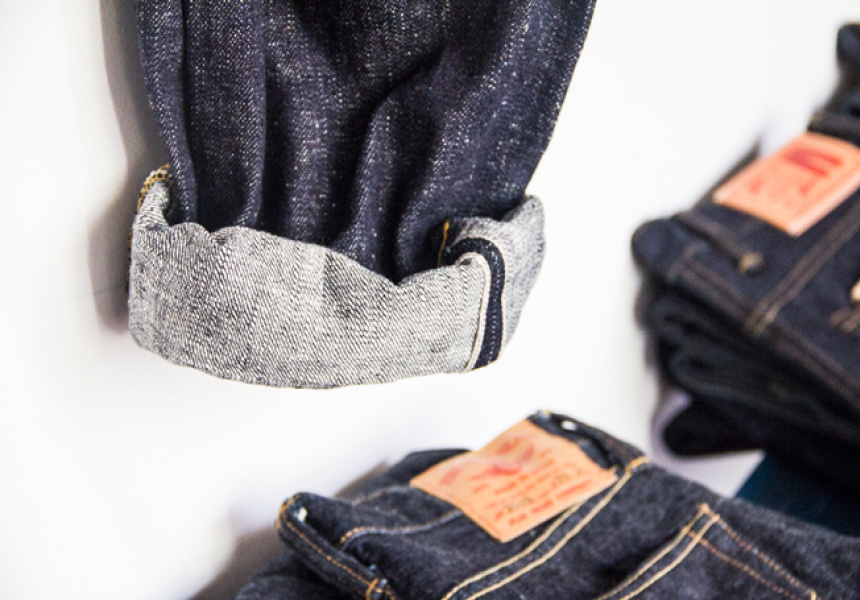 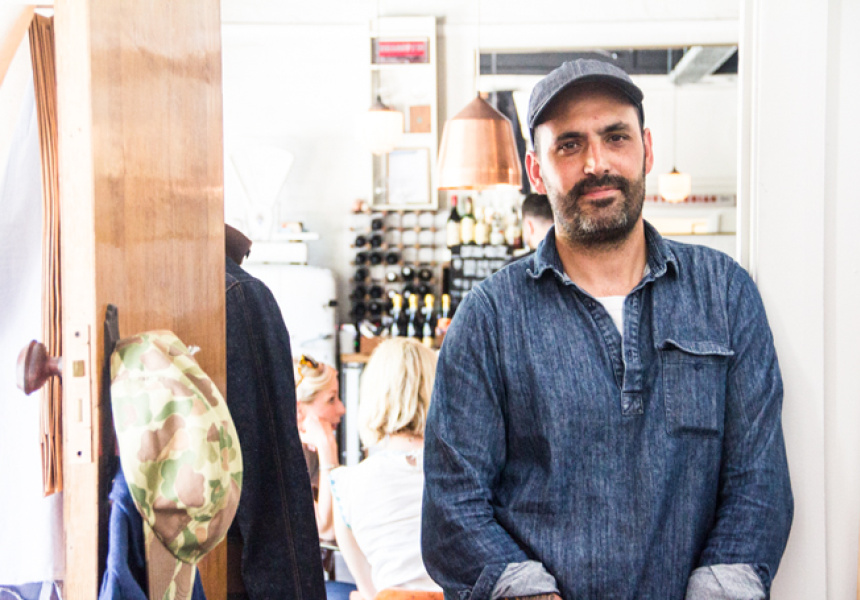 Japanese denim has an almost mythical quality, as if by simply saying the words, those within earshot will come floating in like hungry cartoon characters chasing the scent of a roast dinner. Aficionados can identify the cloth, the cut and the maker instantly. It’s an appreciation for the efforts of the makers who possess a fervor and unequaled preoccupation with historical accuracy that surpasses obsessive. Even "Big Denim” (Levis, Lee, Wrangler etc.) is unsure what to do with these guys who make more accurate examples of their denim from the early 20th century than they do.

Retailer Andy Watson knows these things. He set up Right Hand Distribution in Adelaide in 2009, bringing obscure but sought-after Japanese denim brands to Australia. Then, late in 2013, he moved his wares and know-how to a small space in Captains of Industry in the Melbourne CBD.

“It’s taller than it is wide,” Watson laughs, referring to the perimeters of the three-by-three-metre space. That may be, but it does have an uninterrupted view of Elizabeth Street, and it is filled with the best collection of jeans, denim and beautiful pieces from Japan (and other select locations) you’re likely to see outside of Okayama.

“This is low-key … more about product, he says. ”If I wanted to be rich, I’d do other brands.”

Take Samurai Denim. With only four stockists outside of Japan, it took Watson 18 months and two trips of careful pestering to acquire it. The owner then travelled to Adelaide to give the all clear.

The thing is, these jeans aren’t cheap – they cost up to $395 – but they do represent extraordinary value for the effort, time and meticulous detail that goes into them. This isn’t fashion victim stuff, it’s craft; an appreciation for quality and community, a slow-fashion movement that promotes longevity and hard work. There’s no designed obsolescence here, just good stuff, and Andy Watson is all over it. 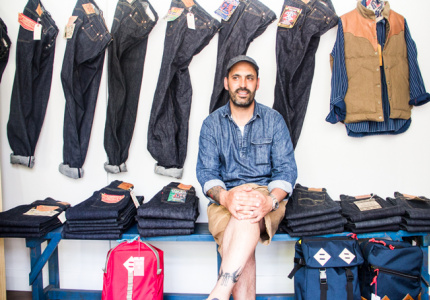