Rhombus is for Surfers

This little surfboard shop at the Gertrude Street end of Bruswick Street is anything but expected. 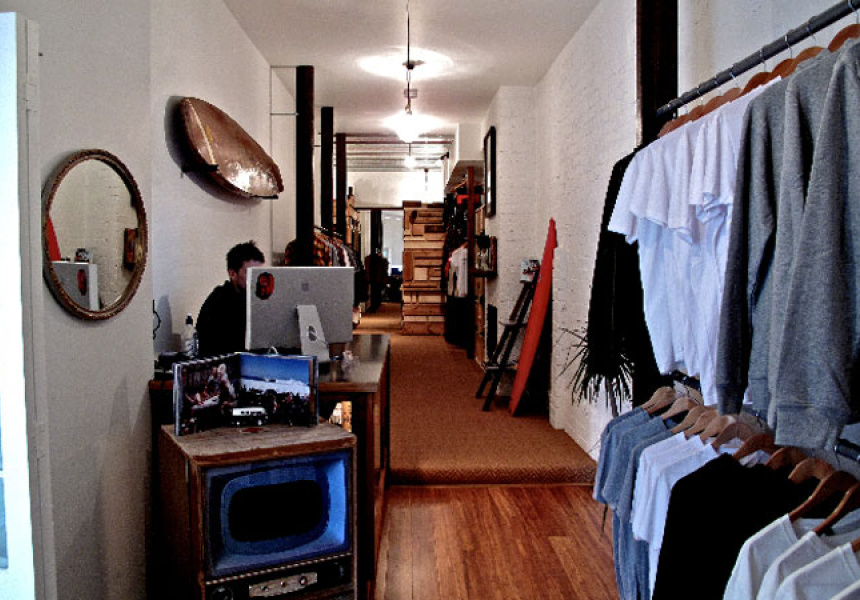 Strolling down Brunswick Street on Saturday afternoon is always full of unusual sights, but nothing quite as unexpected as this little surfboard shop at the Gertrude Street end in the middle of July. In the concrete jungle of the inner city surrounds - and the brisk winter air outside - it feels like something of a mirage; a warm, bright, almost sunny island with surfboards, wetsuits and a well edited selection of surf-inspired apparel.

Rhombus Surf Shop has been open just over a week, inspired by a love of city and sea by surf rat Angus Wilson, who has been riding waves since he was a grommet.

A simple interior with clothes racks on either side of the long skinny shop where Patagonia wet suits, t-shirts and puffer vests from Lifetime Collective hang alongside Mr Simple Jeans, chinos and hoodies. You’ll also find surfwear by Sydney label Das Monk, as well as a rack of surf boards from California by shapers such as Larry Mabile, Neal Purchase Jr and Donald Takayama.

For the winters months, when the water is too icy, Rhombus have a small collection of surf DVDs, books and local publications such as Wooden Toy and King Brown Magazine to peruse. You can also pick up sunglasses designed by Timba and Mike Perry for Colab.

Summer should just hurry up!

Wilson also has a surf blog The Endless Bummer. 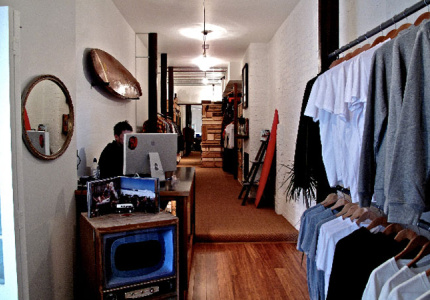