A new exhibition reveals the fascinating but unsung history of drag in Melbourne, coinciding with this year’s queer Midsumma Festival. 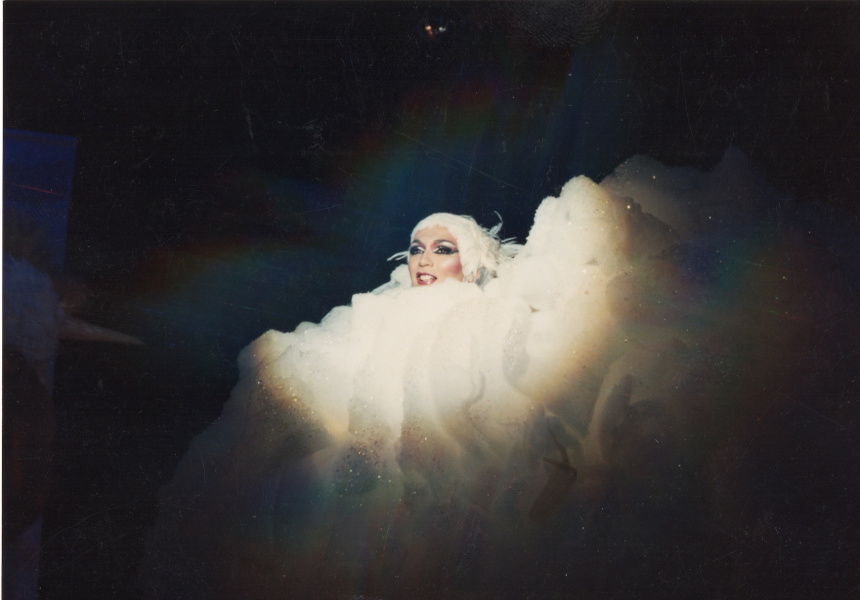 In 1994 a film about a big silver bus, two drag queens and a transsexual put Australian cinema on the world map. The cultural magnitude of The Adventures of Priscilla, Queen of the Desert was such that a replica of the bus, tricycles shaped as stilettoes and a bevy of drag queens featured in the closing ceremony of the Sydney 2000 Olympic Games.

“Priscilla helped bring drag to the mainstream. It helped to demystify the ideas of drag that people had and I think it made it less taboo,” says Ricky Beirao. Beirao – whose drag alter ego is a queen by the name of Rhubarb Rouge – is the curator of What a Drag! an exhibition about the history of drag in Melbourne that coincides with the queer celebration Midsumma Festival.

The chronological survey begins with the underground drag scene of the 1960s and winds through each decade to today. It features elaborate showgirl costumes, recorded interviews with Melbourne drag legends, vintage photographs and posters and films of bygone drag spectacles. It’s a dramatic and fascinating slice of Melbourne history, which is probably unknown to many.

“The ‘90s were the glory days,” Beirao explains, “and drag was happening everywhere.”

Rewind to the 1960s, however, and it was a time of repression and oppression for Melbourne’s queer community. Drag was done in secret, largely restricted to private homes that were subject to regular police raids. Homosexuality was outlawed in the state of Victoria, and would be until 1981.

In the 1970s drag moved out of the home and into bars. Pokeys at The Prince of Wales in St Kilda was, “A mecca of gay entertainment,” Beirao says. When Cher first toured Australia, she is said to have stopped in there. Pokeys put on dazzling theatrical extravaganzas that attracted 1000 people every Sunday for 14 years.

Today the lavish, big-budget drag show is a less common feature of Melbourne’s cultural landscape, Beirao says. He attributes the decline to the influence of technology, with apps such as Grindr and Tinder shifting and reforming social interaction.

On Friday January 23 Beirao has organised a showcase featuring legends of the Melbourne drag scene including Doug Lucas and Rita Coqueater. “It’s a very big night – all the drag queens from different decades are coming together for one night only,” he says excitedly. Ladies and gentlemen, and anyone in between, strap on your stilettos.

What a Drag runs from January 18 to February 8 at Chapel Off Chapel.