Dior. Chanel. Saint Laurent. The walk-in wardrobe of your dreams is coming. 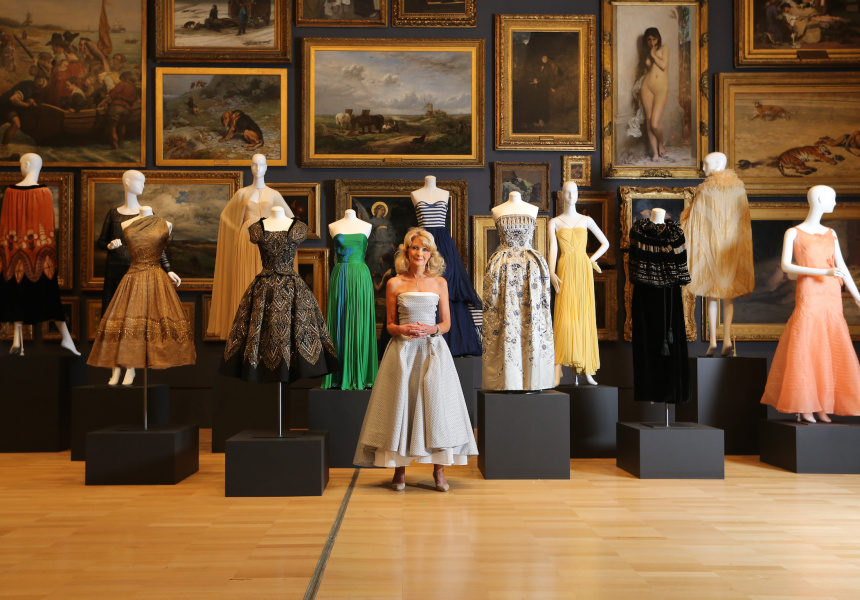 In a significant development for lovers of French haute couture, the NGV just announced it has sealed the deal on a $1.4 million collection of gowns from some of 20th-century fashion’s biggest names.

So what are they currently unpacking? Around a dozen gowns apiece from Christian Dior and Coco Chanel, and pieces from Madame Grès and the father of haute couture, Charles Frederick Worth. The collection spans more than 200 years of design. No biggie.

Parisian collector Dominique Sirop spent decades amassing the collection – he acquired his first piece, a 1945 Paquin black wool number, when he was 14. He went on to be an apprentice under Yves Saint Laurent and a Givenchy couturier – so he knows his stuff.

We also have NGV donor and board member Mrs Krystyna Campbell-Pretty to thank. She bought it from Sirop with the intention of donating it straight to the NGV.

“My late husband, Harold Campbell-Pretty, was a committed supporter of the NGV and a great lover of women's fashion,” says Campbell-Pretty. “It would have pleased him greatly to know that such an important collection and archive is now with us in Melbourne, and can be enjoyed by so many others.”

“I never imagined I would meet a woman like Krystyna, with the same sensibility and understanding of fashion,” says Sirop. “For me this is a gift from God.”

The deal is sealed, but it will be a little wait before the collection is ready for the public. The NGV has confirmed the Dominique Sirop Collection will go on show in early 2018.