A Melbourne Denim Label, 20 Years in the Making

Vinh Le has been quietly making jeans in Brunswick for more than two decades. 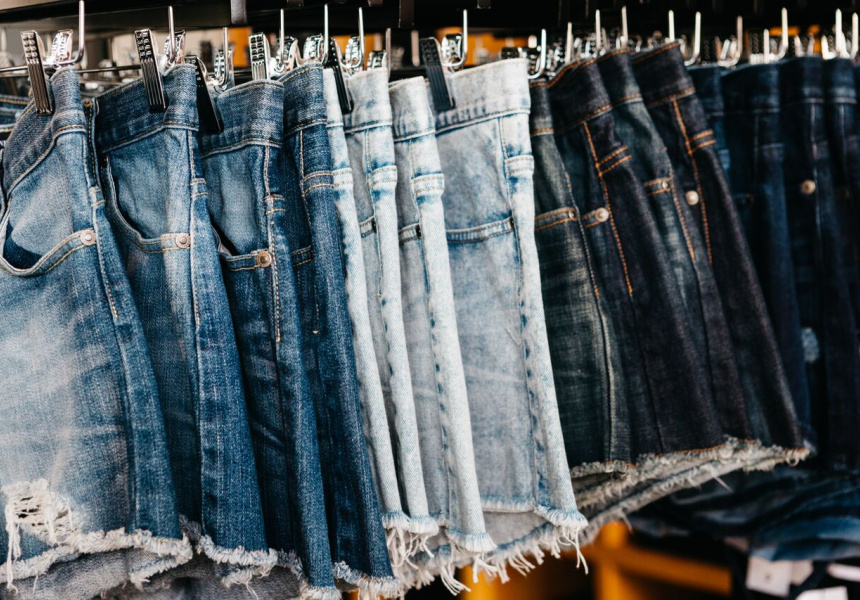 Vinh Le’s first job in Australia was a machinist at a denim factory. It was the early 1990s, and local clothing manufacturing was in full force. Back home in Vietnam, Le was a freezer mechanic. But in a new country, with limited English-language skills, he joined the throng of recent Vietnamese refugees sewing in clothing factories.

Le never imagined that one day he’d end up running his own denim business – or that he’d be one of the few makers left standing after the boom and bust of garment manufacturing in Australia.

Last year Le launched Denimsmith – a premium-denim brand made in his Brunswick East factory. Leonie Rutherford, Le’s longtime friend, is Denimsmith’s head designer. (Le does the pattern making and tailoring, and then his factory makes the jeans). Combined, the pair has 40 years of denim expertise. Rutherford has been in the industry for 20 years, including seven years designing for Nobody Denim.

Le opened his Brunswick factory in 1997. He called the manufacturing business Vince Clothing. He was 22 and armed with only three years’ experience from his first job, where he had quickly risen from machinist to cutter and pattern maker.

Vince Clothing specialised in denim, producing for Australian fashion brands including Coogi, Marcel Dachet and Scanlan Theodore, among others. Nobody was among Le’s long-term clients. “We worked with Nobody since they were very small,” Le recalls. “Back when they ordered only 20 [pairs].”

Le’s business inevitably suffered as more and more brands opted for lower-cost, offshore manufacturing. Staff numbers were cut back from 40 to four. But Le was committed to evolving in order to keep the doors open. The factory is now a family business; Le’s brother, sister and sister-in-law work the machines.

“You’ll never know how much I lost to keep open,” he says, shaking his head. “But I love this job. People rang me up back then saying, ‘Why don’t you sell the business before it falls into the red?’ I said, ‘I have to go to the end of the road to see what happens. I still believe we can get right back’.”

Ten years ago Vince Clothing made and distributed about 1500 items per week. Now that number is closer to 500 or 600.

Denimsmith has two separate lines – the premium, fashion-forward Denimsmith range, made with Japanese denim, and Vintage Laundry, a competitively priced offering aimed at a younger audience, which is sold direct from Denimsmith, with no retail margin.

“We make our jeans carefully and slowly to take care of quality,” Le says. “In a mass-produced factory [overseas], it can take them anywhere from nine to 19 minutes to make one pair. But we take one hour.” He says most jeans on the market are sewn together with seven stitches per inch; Denimsmith’s have 10 stitches for strength and durability.

Le and Rutherford opened Denimsmith on Gertrude Street just weeks ago, but at the Ethical Clothing Australia (ECA)-accredited factory and shop in Brunswick East, you can see the machines in action.

“I’m a big advocate for Australian made,” Rutherford says. “We thought no one in Melbourne was doing a good job at showing the factory off, so I’m passionate about people actually seeing it.”

The industry’s aging workforce is a concern for Rutherford, who says fashion students see the glamour in being a designer, not in being a machinist.

“We get a lot of interest from people wanting to work in [fashion] design, but I haven’t had a young person come and ask to work on the machines,” she says. “But I feel the factory is a great way for young people to learn. That’s how I learned to be a designer – starting as a sample machinist, then learning the pattern making, then the design.”