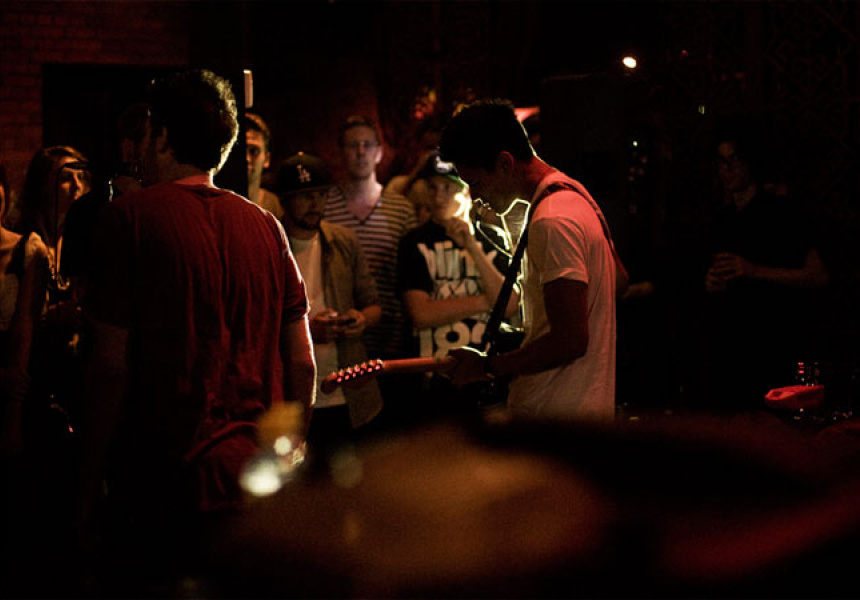 Part two of New Balance’s NB574 project is now live. Launched last month, the NB574 project invites viewers to follow the lives of five young creative Melburnians who are living the dream and killing it in their chosen fields.

If you haven’t checked it out already it’s worth a look. Shot by up-and-coming videographer Louis Mitchell and photographer Josh Robenstone, the project is attracting quiet a following. Its aim is to showcase the craftsmanship and imagination personified by the five creatives whilst also subtly advertising New Balance’s new lifestyle footwear range – which is, for the most part, done tastefully.

Part two takes us to where they are now. Meggs is in Hawaii taking part in PowWow, an event that sees artists from all corners of the globe congregate to create and showcase their work. Raph, the man behind Beatbox Kitchen, is preparing to launch his Taco Truck (now launched) while still holding true to his homegrown values.

Designer Tristan has moved to beach-side Sydney and is working with Blood and Thunder on a new book. Whilst fashion designer Jimmy has moved to Brunswick where he’s on a hunt for a new studio. Vinci Andanar and his band Gold Fields are touring Australia’s east coast playing to their ever-expanding fan base, breaking teenage hearts and living the rock star dream.

This is a really exciting project for New Balance. It’s great to see the company supporting young Australians and doing something a bit different.