Last year’s Melbourne Spring Fashion Week film Tomorrow’s Lovers was a huge success, screening at Paris and Berlin Fashion Week. Folie a Deux – the production company behind the short – are back this year with another impressive offering to launch the festival this week. 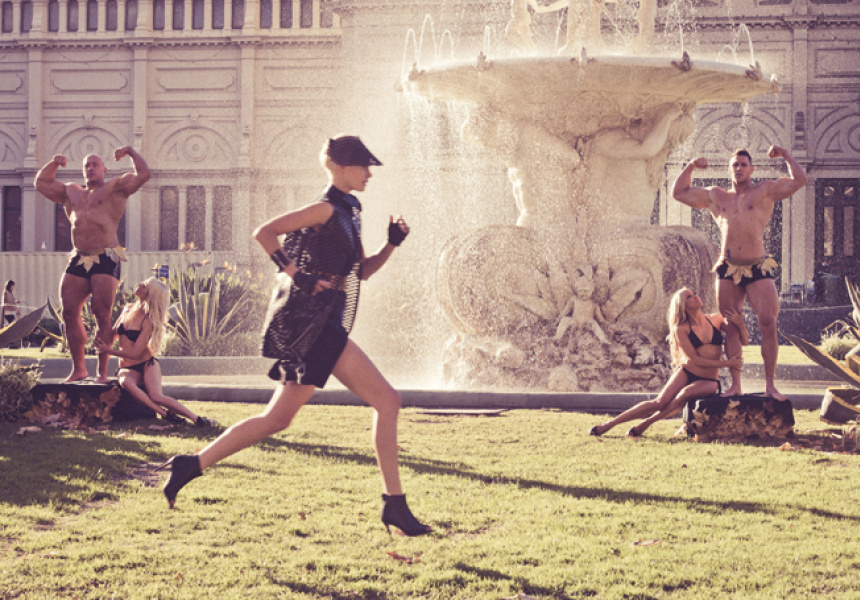 Dean Drieberg of Folie a Deux

No longer just a novelty, fashion films are now a serious branding strategy for labels and industry groups alike, with the wider fashion world realising the potential of the medium and its ability to convey mood in a way that static images often can’t. The viral nature of social media also means that brands can target much wider audiences. As the format evolves, films are becoming more experimental – narrative is key and quirk sets them apart.

Back home, the local fashion industry has embraced the trend. Last year, The City of Melbourne commissioned production company Folie a Deux to create an eight-minute film to promote the emerging designers involved with the 2012 Melbourne Spring Fashion Week. Titled Tomorrow’s Lovers, the film follows two lovers as they travel through time between the present day and the 1950s. It was the only Australian film selected to be screened at Berlin and Paris fashion weeks and it took out the top honour at the L’Oreal Melbourne Fashion Festival’s Fashion Film Series in March. Suffice to say, The City of Melbourne was keen on getting Folie a Deux involved with this year’s festival.

This time round, Folie a Deux were given the much larger task of promoting the festival as a whole. The resulting six-minute film, Reflections, follows Melbourne model Kate Peck as she encounters Melbourne personalities – including designers, artists and musicians – in various iconic locations. In each scene, there is a reflection of Peck’s character, with different looks exploring varied aspects of her personality.

Lord Mayor Robert Doyle says that it was important for the film to be anchored to Melbourne. “It’s using Melbourne as a kind of canvas,” he says. “You’ll see all types of Melbourne icons as Kate moves through the city but what it shows you is that fashion and creativity are an integral part of Melbourne.

“There’s a wonderful banquet scene where all the guests are beautifully dressed in their own styles and kind a half asleep, and then Kate appears and moves across the table in front of them and they all wake up and cheer and throw rose petals in the air. And, of course, they are all the designers that are contributing to Melbourne Spring Fashion Week – there’s Gwendolynne Burkin, there’s Richard Nylon and there’s Christine Barro.”

Producer Dean Drieberg says the lavish film was shot over three days – a huge task for the 30-strong team, in particular Peck, who had to spend almost the entire time running in heals. The film also subtly features retail destinations, linking the fashion designers to the city. “It’s obviously a fashion film,” Drieberg says. “But at the same time we also wanted to incorporate music and dance and all those other things that make Melbourne what it is as a cultural capital… It’s one of those films where you’ll watch it once and there are so many little things that you might not get them all, but if you pull it apart you can see the detail that we put into it and all these little elements that we were trying to show.”

Watch the trailer for the video here: