“I don’t like that modest fashion even has the word ‘modest’ attached to it – it’s just fashion.” 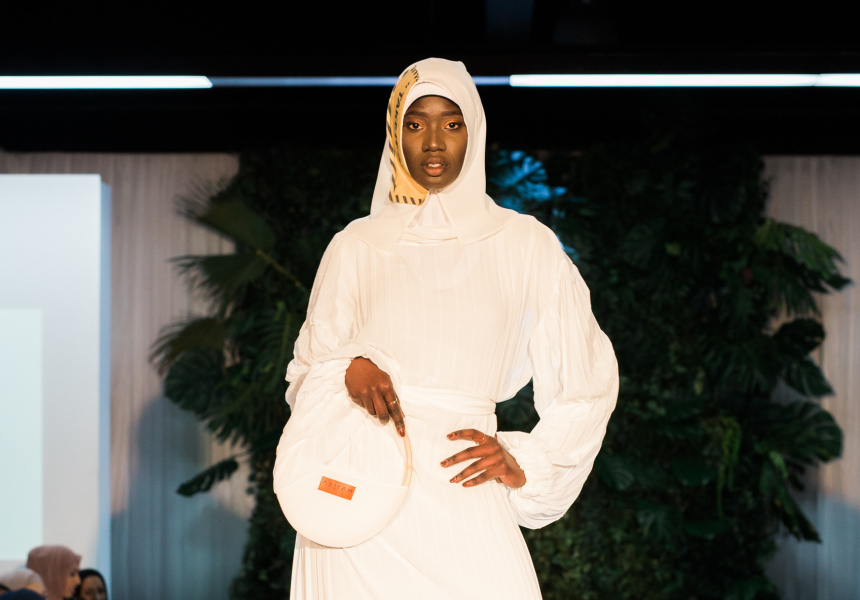 The multi-billion-dollar industry, which encompasses a huge range of clothing from ankle-grazing maxis to high-cut necklines to hijabs, is seeing increased global demand from those who want fashion-forward style options that respect religious and cultural dress conventions, as well as from those who simply want to cover up out of personal preference.

Now in its 25th year, Melbourne Fashion Week (MFW) is partnering with Modest Fashion Runways for the first time, as well as the annual modest fashion buy-swap-sell event Mod Markit to host four events dedicated to culturally inclusive fashion. There’ll be two runways and two shopping events – one with all-new modest-fashion collections and a “thrifted edition” where people can buy, sell and swap their own modest style.

“I don’t like that modest fashion even has the word ‘modest’ attached to it – it’s just fashion,” says Zulfiye Tufa, the founder of Mod Markit. “I feel like collaborating with [MFW] is a step closer in that direction.”

Interpretations of modesty differ not only from religion to religion, but also person to person, so the term is broad and may mean burkinis to one individual and billowy silhouettes to another. Net-a-Porter’s recently launched modest section includes, for example, maxi dresses by Rick Owens, Gucci and Miu Miu, and jumpsuits by Zimmermann and Anna Mason.

High street fashion brands are also part of the industry’s expansion. Banana Republic recently launched a line of printed silk hijabs, while H&M and Asos both have their own modest-fashion lines.

While diversity and cultural inclusion in the fashion industry has come a long way in recent years, many still feel its execution comes across as tokenistic.

“It becomes tokenism when people are used from diverse or ethnic backgrounds in just one aspect, which is usually just in the photographs,” says Tufa. “[Brands] are starting to include them in the photos, but we really want them making the decisions – that’s when you have real diversity.

“What I like most about collaborating with fashion week is that it’s been very authentic,” Tufa continues. “I asked them from the start, ‘Can we run our event as we want to?’ and [they replied] ‘You can run your event exactly how you want’.”

“We often look at magazines and think, ‘Oh if only they had more representation’ and now I feel like we are in a space where I can actually make those decisions.”

The four modest-fashion events taking place during MFW will be separate from the main Town Hall runway program, and for Tufa, while the events represent an important progression, the ultimate goal is to see modest fashion on one of the central runways.

“It would mean anything is possible.”