After a seven-year absence, Toni Maticevski returns to Paris this week to show his resort collection. After his showing at Mercedes Benz Fashion Week Australia inspired an international buzz earlier this year, Toni Maticevski is off to Paris this week to present his resort collection.

“It happened rather suddenly,” Maticevski says of the decision to head back to Paris after a seven-year absence. “Because of the great response we had from international buyers wanting to see the collection, we had a gap where I could work on the resort collection and get it in time. We went with it. Paris just feels right.”

It all comes off the back of his MBFWA showing and the rapturous response both at home and internationally. It has all been as much of a surprise to Maticevski as anyone else. “In the past, I’ve thought to myself ‘This is a really important collection for me’ and nothing comes from it. And that collection was probably one that I didn’t think [about] that way. It was important and there were things in it that I really wanted to explore and was excited about, but I wasn’t expecting anything from it.”

Maticevski explains that the resort collection explores, plays with and develops ideas that came out of his spring collection, as well as incorporating aspects he now considers to be a part of the DNA of the brand. The fuller skirts, longer hemlines, use of neoprene and texture that he featured at MBFWA are extended and built upon. “There is more of a graphic element to resort,” he says. “Spring was more romantic, hence the theme Tomboy Heiress. Resort is that same Tomboy giving the Heiress a bit more grit. There are sharper shapes and cleaner lines and a bit more of a sportier feeling to dressing.”

Does he feel pressure to go back to showing internationally on a regular basis? “If it happens organically and it works, then I will go with it. So often, I thought it was too hard to do things from Australia, but now I really feel inspired by having a great place to work and live. I could really do this anywhere in the world as long as there’s an audience who responds and resonates to it.” 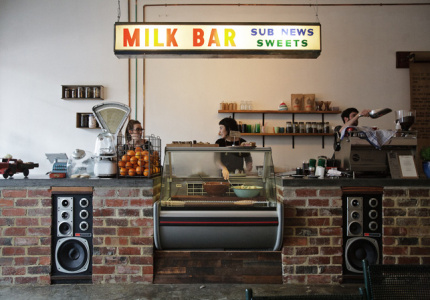