We visit the studio of cult Sydney jewellery label MANIAMANIA to see the workings behind their new collection. 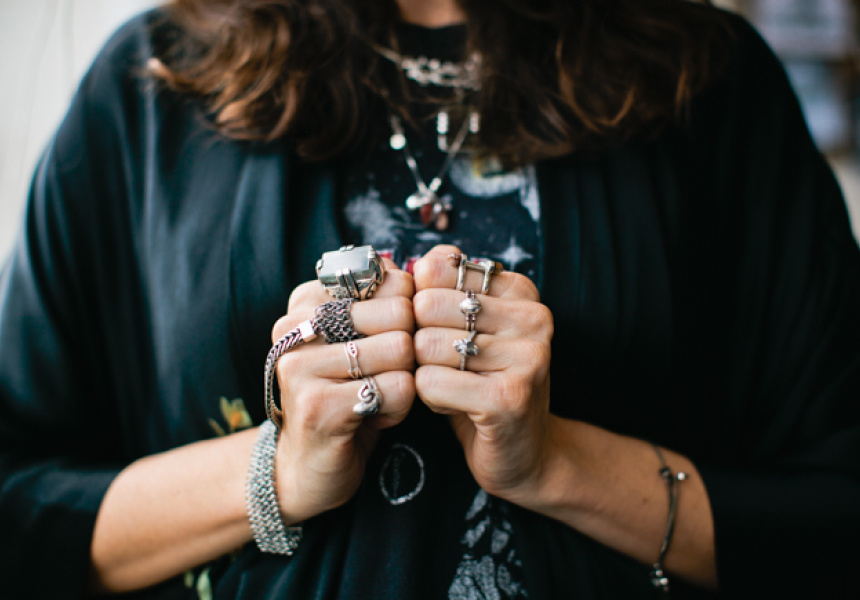 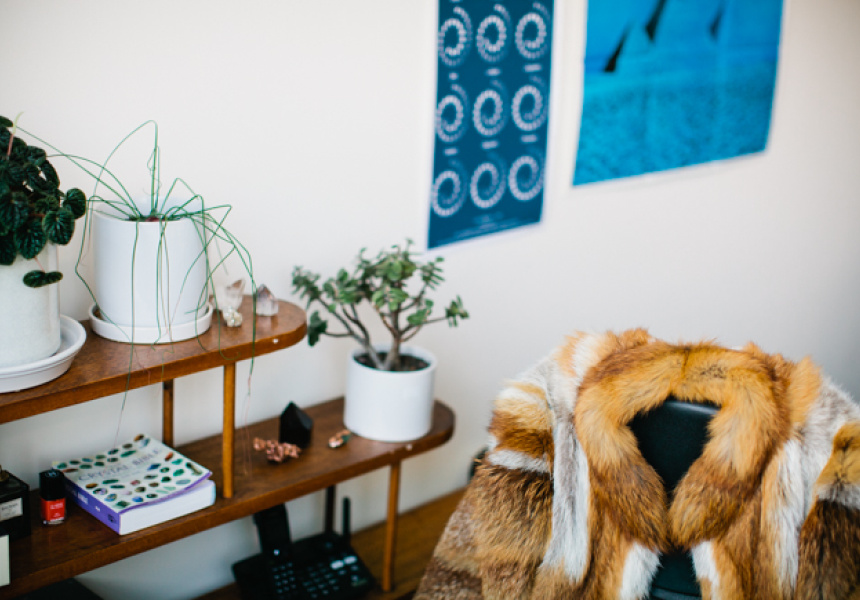 “Our whole idea is about transformation,” says Tamila Purvis, one half of the creative duo behind the equally bohemian and brave jewellery brand MANIAMANIA, which was established in 2009. Each ring or crystal pendant is designed to transport its wearer to another time and place, sometimes real and sometimes imagined. MANIAMANIA pieces have drawn inspiration from Ancient Egypt, cults of the 1960s and the astral plane, but for their latest collection they have travelled to one of the seven wonders of the ancient world.

Purvis describes the myth of the transformation of an arid desert plane into a brilliant garden scape, The Hanging Gardens of Babylon, as the inspiration for MANIAMANIA’s current Spring Summer 13/14 collection, aptly titled Babylon.

Purvis met MANIAMANIA collaborator Melanie Kamsler while working as fashion editor at Russh magazine, while Kamsler was art director. “That’s where we bonded and became best friends,” Purvis recalls. The fashion journal’s retrospective charm and emphasis on powerful personal style owe much to both Purvis and Kamsler, who were present around the time of the magazine’s inception and whose eclectic style is still reflected throughout the pages of the publication. According to Purvis, MANIAMANIA is “an extension of the collaborative creative energy we discovered while working at the magazine… We were always really interested in the storytelling aspect of fashion and editorial.”

MANIAMANIA’s new Babylon collection features the brand’s typical antique-style silver and brass, sculpted into oversize statement rings, cuffs, chains and earrings, and adorned with faceted crystals. For Purvis, sourcing the crystals can be a tricky part of the process. “They come from all over the world,” she says. “When they come in we never want to let go of half of them because they’re so beautiful.”

Among the clear and smoky quartz, Purvis and Kamsler have added stunning chlorite crystal to the Babylon series – a stone that appears to have a garden trapped inside. Frozen flecks of green and red moss-like leaves allude to ancient gardens in the stone, which can be caused by a fusion of minerals that are in the earth at that time.

The collection’s muse is silent movie siren and original Cleopatra, Theda Bara. Purvis says the duo was inspired by Bara’s transformation from “Cincinnati girl to femme fatale, or exotic Arabian princess”. Each piece in the collection is a part of an exotic and fantastic costume, offering the opportunity to transform out of the ordinary. The bold Bara necklace is a thick brass chain with a clear quartz bar set across the chest, almost as if armour, while the Babylon bangle looks like it has been sculpted from an ancient branch and the Sahara earrings feature tiny scarab beetles with wings.

Purvis describes MANIAMANIA’s creative process as organic. “We swap over a lot,” she says. “One of us might come up with a design that we really like and we’ll then expand that into a story.” MANIAMANIA’s storytelling makes their pieces exciting to wear, and charming to collect. Indeed, while the Babylon collection captures the essence of the ancient world, it’s ready to be worn in the present.