The iconic Australian label was in LA last week, shooting the summer 2014 Goddess catalogue. We went behind the scenes. 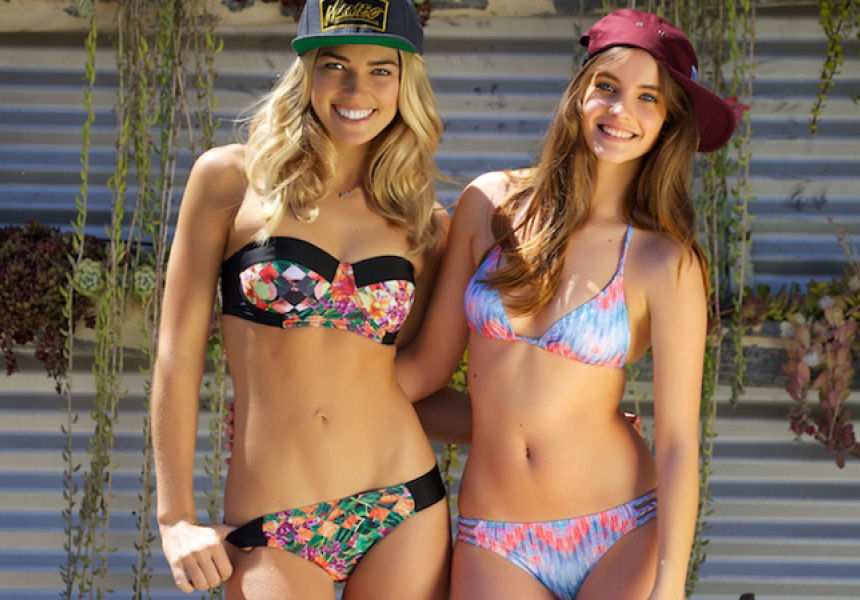 If you grew up in the 80s or 90s, you probably have some pretty fond memories of Mambo. For those of a certain vintage, the name immediately evokes T-shirts with a certain musical dog (and we’re not talking about whistling), days on the beach in bikinis and boardies and, of course, some pretty brightly coloured shirts.

Ash Hart might be on the very young end of the said vintage, but as she was modelling bathing suits and cover-ups late last week for Mambo’s new Goddess campaign, she too was reminiscing. “I’ve still got a Mambo T-shirt from when I was about 12. It was my favourite,” she recalled, fresh from doing her thing in front of the camera.

As for the brand that defined the childhood of so many, some things change but others will always stay the same. Those loud shirts may have been banished to the back of the wardrobe, but the dog with a musical behind is still front and centre. For Hart, “It was more surf [when I was a kid] and I feel like the brand’s evolving to be a lot more sexy. It feels a bit cooler.”

As Hart and fellow model Barbara Palvin (a Victoria’s Secret regular) frolicked in the studio and on Venice Beach, this sexy side of the Mambo Goddess was front and centre. The two were clearly having a lot of fun in the early spring sun and the laidback Venice vibe was a perfect fit for the playful beachwear. As newish LA resident Hart said: “The sun’s always shining [in LA], so you can’t help but be happy.”